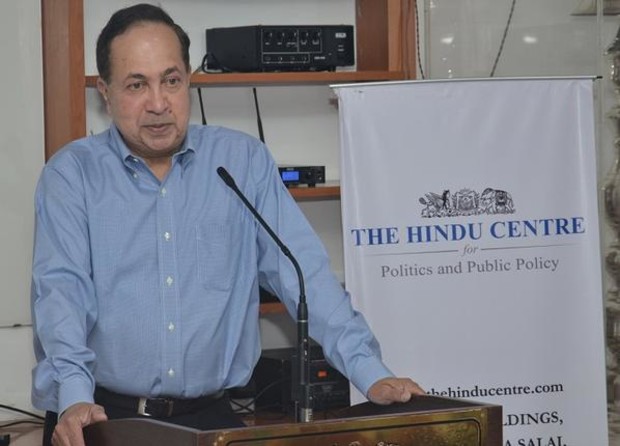 “It is important to take a wide-angle view of journalism that sees investigation as one of its core tasks, rather than as a super-speciality or a sequestered discipline,” Ram said when delivering the annual Lawrence Dana Pinkham Memorial last week. For newsrooms, this means including more of their journalists to perform investigative tasks, besides having a special investigative team.

Journalism as investigation: N Ram delivering lecture at the convocation of the Asian College of Journalismhttp://m.thehindu.com/opinion/lead/n-ram-on-investigative-journalism/article8561770.ece …

Investigative journalism of quality and relevance is valuable in itself, in what it can do for ordinary folk and for society, typically holding up truth to power. It can play an instrumentalist role…

With a surprising lack of agreement among practitioners and scholars in the field, Ram redefines investigative journalism as “digging deep and bringing to light verified facts about wrongdoing, or about a matter of significance, which are sought to be covered up or are otherwise inaccessible to the public.” However, he adds that “getting the facts right only lays the foundation for investigative work, which will not be worth very much if the reporter does not get the ‘meaning of events right’.”

Ram has significant credibility when discussing investigations. He was, according to the Columbian Journalism School, “instrumental in breaking the Bofors scandal, a bombshell story about corruption in military spending that brought down Prime Minister Rajiv Gandhi and changed the course of Indian politics.”

Ram shared lessons learned from the Bofors investigation during the lecture: It taught the investigations team to handle the complexity of a story; not to be led by false trails; and most importantly, to make sense of documents. Fitting them in a larger picture that was gradually taking shape, was what the investigation was essentially about, Ram said.

“Imagine what a regular flow and, over time, given our human resources, an explosion of high-quality investigations, carried out in the public interest on subjects that matter, can do for the vitality and social value of reporting. Imagine what this can do for trust in, and engagement with, professional journalism and the news industry in our part of the world.”

The lecture’s release coincided with the Asian College of Journalism (ACJ) Awards for Investigative Journalism. This year’s prize went to New York-based documentary film-maker and writer Nilita Vachani, who ran a story on the exploitation of a domestic worker from West Bengal, by powerful businessmen of South-Asian origin in the United States.

Read the full lecture: “What is special about Investigative Journalism?”