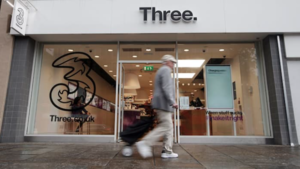 Three is encouraging its UK users to sign up for a 24-hours ad blocking trial expected to take place sometime around mid June, and which will impact both mobile websites and apps. According to the Financial Times the ads originating from Facebook and Twitter apps will not be blocked.

The plan is made possible by the collaboration in place between Three and Shine, an Israeli start-up which developed a software working in the data centers of telecoms, thereby allowing ad-blocking also in apps.  The Financial Times reports that “Li Ka-shing, the Hong Kong billionaire owner of CK Hutchison, the company behind Three, is an investor in Shine”.

The group with 30m subscribers globally announced its plans back in February, specifying that it would not enable the ad-blocker by default and users would need to opt-in. This way Three hopes to be able to claim that no internet traffic would be favored, and that therefore it would not contravene EU net neutrality rules.

In the words of Chief Marketing Officer of Three UK Tom Malleschitz the carriers motivation to pursue this plan is that ““The current ad model is broken. It frustrates customers, eats up their data allowance and can jeopardise their privacy. Something needs to change”.

How Tortoise is building an engaged community using events and audio