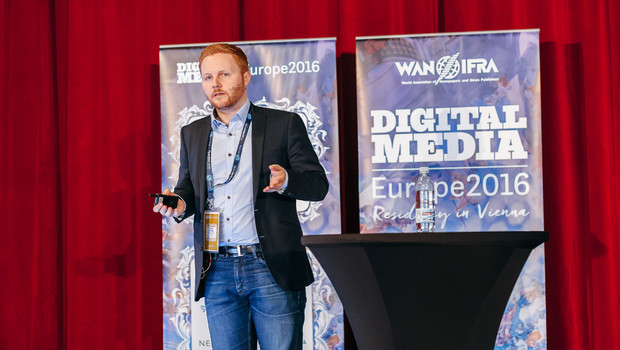 Using technology by Cxense, an algorithm automatically determines which articles are presented to the reader.

A drop in CTR but higher traffic and user engagement

Within three months of introducing automated personalisation, CTR fell by 5 percent compared to the year before but the media group recorded an increase in traffic and user engagement. Traffic had grown by 13 percent and unique users by 25 percent after three months, a much stronger growth than what similarly­-sized media houses in the same area had experienced in the same time frame, Kvalheim explained. User engagement on the front page increased overnight and after three months the average reading time spent on it went up from 22 seconds to 28 seconds. The same development could be seen with article pages where user engagement in seconds went up 15 percent even though no changes had been made to them.

What’s more, only 0.9 percent of readers decided to opt out of personalisation even though the option to turn it off was prominently displayed on the front page.

“They know we’re tracking them, they know we’re using this technology, it’s really obvious, we put it on the front page,” Kvalheim said. “But people don’t actually care, it seems.”

Out of those who did opt out, 0.3 percent turned personalisation back on at a later date.

While these numbers suggest users enjoy or at the very least, don’t mind a personalised news experience, using an algorithm to determine which articles are shown to each individual can, to some extent, compromise a news site’s editorial mission of enlightening its audience. “We have to use some degree of trending just to make sure that everyone knows what’s important in their local community. That’s an important rule set,” Kvalheim said. A minimum number of articles from different sections are also thrown into the mix and editors can overrule automated selections if need be.

In the future, editorial control will be improved even further; for example, by allowing editors to set expiry dates for articles that are only relevant for a certain time.

Another issue Kvalheim touched upon regarding automated personalisation was the reluctance of some journalists to hand over editorial control to a computer, and the need to first establish a digital culture in the newsroom to make the transition possible.

“Start by building digital competence,” Kvalheim said. “Make stats and data available to everybody and not just to the analytical staff. Everyone needs to think digital.”

To set the shift towards a more data-driven newsroom in motion, journalists were given access to Cxense’s insight tools, allowing them to track their own stories and performance in real-time via individual dashboards. “It’s important that each individual reporting journalist has some sort of feeling of what their content is doing. That’s the first step in creating a digital culture,” Kvalheim said.

Before moving into automated personalisation, the media group also  experimented extensively with article recommendations, which were based on contextual relevance, trending topics or user profiles.

Recommendations were fine-tuned in close collaboration with editors and gradually implemented across all of the group’s digital sites. Now a major traffic driver, recommended content generates 5 to 10 percent of all article traffic. According to Kvalheim, the success of the recommendations also helped to get the editorial staff on board and to pave the way to automated personalisation.

The final piece of advice he shared was to keep testing the technology to figure out what works, saying that “done is better than perfect” summed up the way his team proceeds. “If it doesn’t work, kill it. And if it does work, do more of it.”

So far, the iTromsø experiment appears to be working but the technology will undergo further testing. And while Kvalheim said editors from other Polaris Media houses are already calling for fully automated personalisation, implementing it across all the group’s digital sites won’t happen just yet.