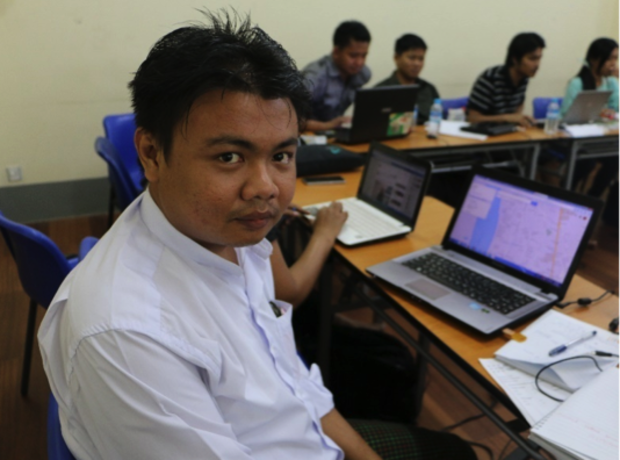 Image: One of the participants of the Data Journalism Project, Aung Kyaw Lwin, Freelance Journalist, Yangon

“I have been in the field for nearly six years, and have experienced the difficulty of getting reliable data,” Aung Kyaw Lwin, a Burmese freelance journalist and one of the participants of the Data Journalism Project told the World Editors Forum. “This data training offers us a lot of knowledge as well as much better way(s) to present our news stories. Now that Census 2014 data are released, we can base our reporting on them, or we can compare them to those of neighboring countries. We are learning about this in the training,” he added.

Teaching Burmese reporters data journalism skills will enable them to report on local realities, issues of inequality, access to services, and advocate for effective targeting and resource allocation, said Petra Righetti, Census Donor Coordinator at UNFPA. “My specific interest is in the migratory workers which number hundreds of thousands in southern Myanmar,” said Y’Snaing (Ma Yin Htay), a reporter from the Taninthayi Times who is also taking part in the project. “Migratory workers present a lot of issues and challenges for the region, and the society as well as the country. I would like to present fact related news, enriched by data inclusion in the form of map grids and charts.”

Data journalism is particularly relevant in this context. When data is presented in a way that reflects trends, visually through info-graphics, it makes complex data more accessible to the public and policymakers to support evidence-based policy making. “With the opening of the country and the drive for progressive, reformist policies, the journalists’ ‘democratic’ role in using facts and figures in their reporting is more critical than ever,” said Righetti.

Training journalists, trainers and a journalism professor
Right now, ten Burmese journalists from different ethnic groups, geographical areas of the country, and from different institutes and media houses in Myanmar, are following a three-week course on data journalism. Among the participants are also trainers from the Myanmar Journalism Institute (MJI), and a professor from the National Management College, Department of Journalism.

In this training, led by experts from different countries, they learn how to analyse data, how to compile infographics and do field research to produce data journalism stories. These will be published in local media outlets and presented during a seminar at the end of May to which all media houses in Myanmar will be invited to be inspired by the possibilities of data journalism. The next phases of the project include a follow-up training for the trainers. And the MJI will then go on to train other journalists throughout the country. The project also involves providing teaching materials in Burmese. 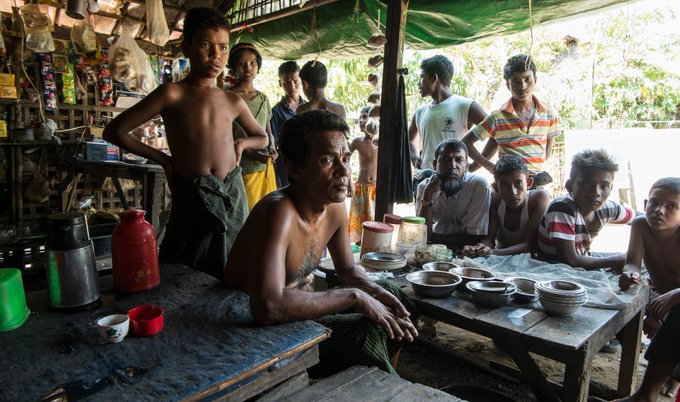 Challenges for journalism in Myanmar
The country’s history and context have shaped the way in which journalism operates today. Before the military junta took over, there was a very rich tradition of independent media and quality journalism in Myanmar, but the current generation has been entirely stifled. Today, it is not easy to tell the stories that give a good understanding of what is happening in the country, even though, there are independent, professional journalists providing quality reporting in Myanmar. “My land is in turmoil, and my people there need news stories that investigate into the root of those issues,” Ms. Lamung Luseng, a freelance journalist and participant in the project told the World Editors Forum.

According to UNFPA’s Righetti, these are the three main challenges to overcome:

1)  An inexperienced and novel cadre of journalists, with a gradual understanding of the principles of journalism, the responsibility that comes with press freedom, and the ethics of reporting and sourcing information. Additionally, journalism in Myanmar has traditionally been a learn-on-the-job vocation, with no institutes or programs available to study the discipline.

2) After decades of propaganda reporting and censorship, the public readership does not view media, or journalism more specifically, with trust. People rely more on personal accounts and what is reported by friends and family, often leading to speculation and misinformation. This entails also little expectations from journalists to provide factual, sound, evidence-based reporting.

3) Data availability has been also a challenge in Myanmar. The 2014 Myanmar Population and Housing Census is the first Census in Myanmar in more than 30 years- the last one having taken place in 1983. With a lack of data, a widespread distrust of official statistics, and little education in analysis, investigation and critical thinking, there is no culture in using data and evidence to support discourse, planning and decision making.