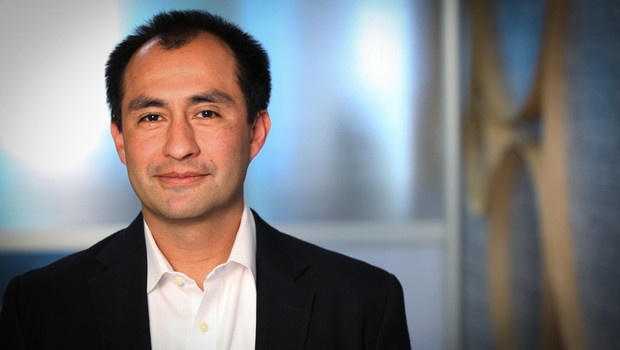 As CEO of business intelligence software company Wizeline and co-founder of video company Ooyala, Lepe has one of those dreamed-up Silicon Valley stories:

Born in California to hard-working migrant farmers from Mexico, he got his feet wet early in the Valley. Majoring in economics at Stanford, he worked for multiple startups, putting in 60-hour weeks while finishing his degree. Both he and his brother quickly landed jobs with Google but ultimately (and bravely) bolted the search giant in 2007 to form their own startup, Ooyala. He has since sold Ooyala and launched Wizeline, and in many ways is carving out a Silicon Valley of Mexico in Guadalajara, where he chose to base his core engineering office and team.

Along the way, Lepe has accumulated his fair share of experience working with various kinds of media companies. In an interview with WAN-IFRA’s Anton Jolkovski, he shares some insights and explains how digital pure players and legacy media companies can learn from one another.

WAN-IFRA: How would you compare the experiences of working with digital pure players and so-called legacy media companies?

Bismarck Lepe: During the first decade of the 2000s, a lot of the [legacy] media companies were very resistant and reluctant to adopt new distribution channels. Newer companies like Vice and Alloy media group got very aggressive about leveraging online video and new distribution platforms and, as a result, have grown incredibly fast. [Editor’s note: Alloy produces original online content for the 12-34 age group. In 2013 it merged with Break Media to form Defy Media.]

But I think a lot of the more traditional and legacy businesses were much slower to adopt these new distribution channels because they already had established businesses that they had to continue to run and focus on. And as we head into the second decade of the century, I think the fact that they didn’t invest in the first decade is now hurting them tremendously.

We’ve now seen that Facebook, Google, even Snapchat have become distribution channels and they’re becoming the platforms on which content is being distributed.

One of my earliest engagements with newspapers at Ooyala was with Paul Cheesbrough at The Telegraph [UK], and I was very impressed by the fact that The Telegraph had set up a development lab, and they actually had a couple of people from Google who were working at the newspaper. They were starting to really invest in technology and see where technology would eventually take them.

What I think they need to do is make sure that they staff up with the right kind of people who can take that funding and can actually do something with it.

They don’t have a lot of time – they need to find the right people and get things moving?

They need to find their strategy, so out of the 25 things that they could do, they need to make sure that they identify the three or four things that they’re really going to put investment into. Then they need to make sure that they have the right people within their organisations to actually be able to execute these strategies. And then they just need engineers and developers – but that has become a bit of a problem. Even tech companies in Silicon Valley find it incredibly difficult to hire really great engineers, so you can imagine that most of the top engineers aren’t really going to be that excited about going to work at a legacy business.

Those are the things that companies need to focus on. It’s not just the cash; it’s being able to turn that cash into real strategy and real growth.

The Washington Post was an Ooyala customer when I was there, and it was pretty exciting to see it pre-Jeff Bezos and post-Jeff Bezos, because almost overnight the strategy became a lot more aggressive. How and where they were investing in video became a lot more aggressive, and he started pushing the team to create a lot more mid-to-longform content for The Washington Post. They also started to become more intelligent in the way they were advertising to their own users, so they created more of a personalised profile around every single user that was coming in.

A lot of legacy media companies are working with startups, investing in them and sending execs to Silicon Valley to tap into the innovation and the entrepreneurial spirit. What are some practical lessons that legacy companies can learn from the startup culture?

It’s not just the newspaper industry that’s following that strategy; a lot of firms have labs here to really tap into that innovation. All these traditional companies need to do a couple of things. The first one is to experiment and to make sure that you have the proper tooling and reporting so you’re able to track whether or not things are successful and, as things start to gain traction, start to invest more money into those projects.

I think these legacy businesses need to figure out how to move faster and remove the bureaucracy, so the people who are responsible for innovation are able to execute their strategies very, very quickly. And the third thing is that you need to make sure innovation becomes part of your DNA.

What are legacy media companies’ strengths? What characteristics do they have that they’re not making enough use of?

So I think one of the most powerful things that most media companies, and specifically newspapers, have is that their masthead matters and their brand matters.

They should be leveraging the fact that they have this brand to come up with new products and to distribute different types of content.

One of the things that media companies have that I think they’re not doing enough with is all the data that they already have from the last couple of decades. The reality is that history repeats itself, and although how people consume content changes, the type of content people care about doesn’t change all that much.

Also, what I’ve noticed in the last couple of years is that there is a flight to quality, and that people care about where they’re getting their information from. I think that the legacy media companies should be leveraging their brand more effectively, but need to change the way that they distribute content to people, to make sure that they’re going to be receptive to getting and capturing that information.

What could digital pure players learn from legacy media companies?

That traditional channels matter. I think one of the reasons that Vice has been incredibly successful is because they moved beyond just being a magazine or an online media distribution platform. They are now on all distribution platforms: They’re on cable, they’re on broadcast, they’re reselling their rights.

For media companies, like technology, it’s all about building IP [intellectual property].

Your IP is the content that you created, and being able to continue to redistribute it is incredibly powerful and important.

I think a lot of the pure play media companies have felt that content is very much ‘create it and forget about it.’ They just continue to churn out not necessarily the best content – but a lot of it.