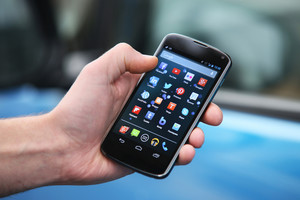 Personal mobile devices are increasingly the primary way people both log in to social networks and check the news. This is particularly true in the developing world where in many places mobile networks are the only way to connect to the Internet. Yet, mobile data plans are often quite expensive and usually have data caps–after a customer has used all of their allotted data they must pay more to continue accessing content or face throttled download times. Furthermore, in the developing world many people own Internet-capable phones but do not have the money to pay for a data plan. For media companies that want their content to be accessible to the widest audience possible, these access costs diminish the chances that they will be able to reach their intended audiences. This is the reason that media companies, particularly social media that depend on audience engagement, have turned to sponsored data arrangements, also known as zero-rating.

Media companies that want the widest audience possible are turning to zero-rating arrangements.

Zero-rating is the practice of not charging customers for data used by specific applications or Internet services. In this way the end user does not bear the cost of accessing the certain types of data. Initiatives like Facebook’s Free Basics (formerly Internet.org), Google’s Google Free Zone, and Wikipedia’s Wikipedia Zero all seek ways to provide certain types of content to people who otherwise might not have it. For example, Facebook’s Free Basics service, which is currently available in a handful of countries, offers free access to Facebook and a number of other Facebook-approved services and content.

While proponents of zero-rating maintain that it is the best way to extend Internet access, especially in developing countries where many people cannot afford to pay for data plans, others contend that these sponsored data plans are actually detrimental to the poor. They argue that zero-rating violates the concept of net neutrality because it prioritizes certain types of content, often times for commercial purposes. My own research on the debate over zero-rating in Brazil demonstrated the serious concerns about the way that these initiatives essentially create new Internet gatekeepers in economically disadvantaged communities and limit people’s access to information, as users of zero-rating platforms do not have access to the entire Internet–just a curated sliver of it.

The critics of zero-rating argue that it violates net neutrality principles, prioritising certain types of content, often for commercial purposes.

Facebook’s Free Basics initiative has drawn the most controversy. Critics contend that Free Basics is merely a long-term strategic investment by Facebook to develop a consumer base in the developing world. They also note how Facebook profits from these new users through collecting their personal data and potentially offering them services down the road. The backlash was so great in India that Free Basics was banned by the country’s Telecom Regulatory Authority. In spite of this setback in one of the fastest growing social media markets, Facebook is pushing forward with Free Basics and has expressed interest in making changes to address the concerns of critics.

How will zero-rating impact news organization and independent media?

Which types of news organizations are most likely to be included?

These are just some of the questions that we will be discussing on June 13th at the Global Media Policy Forum being held alongside the World Association of Newspapers and News Publishers (WAN-IFRA) World News Media Congress in Cartagena, Colombia (RSVP now). The title of this year’s forum is Free for All: From Internet.org to Free Basics. Joining me as a speaker at the forum will be Courtney Radsch from the Committee to Protect Journalists, Konstantinos Komiatis from the Internet Society, Francisco Brito Cruz from the InternetLab in Brazil, and Germán Darío Arias Pimienta from the Comisión de Regulación de Comunicaciones of Colombia. While Facebook will be in the spotlight this year, no doubt the issues surrounding sponsored data and news content are certain to only increase in importance in the coming years.

The Center for International Media Assistance (CIMA) is committed to helping identify best practices associated with making sure that everyone around the world has access to high-quality, uncensored news content. As we look for ways to extend Internet access to those who do not have it through sponsored data programs like zero-rating, we must make sure that we are increasing access to information in a pluralistic fashion that empowers citizens to better understand their world.

Daniel O’Maley, Ph.D. is the Associate Editor at the Center for International Media Assistance. Follow him on Twitter @domaley.