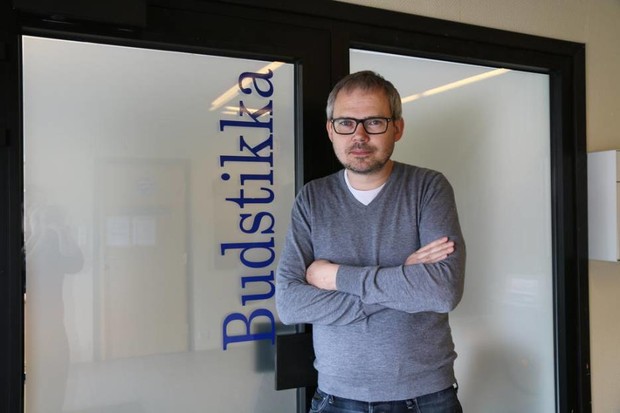 Roar Vigeland Osmundsen, Editor-in-Chief of the local Norwegian newspaper Søgne og Songdalens Budstikke told the World Editors Forum that when immigration hit Norway’s small villages, their online readership didn’t reflect the increase of citizens. This made him realise that his newspaper wasn’t keeping relevant. “We need to be much more concerned about engaging people, if not we lose readers to social media. We don’t have a choice anymore,” said Osmundsen. Together with three editors from other local newspapers, he set up a three-year project, dedicating long-term coverage to one specific subject in each village, to increase engagement from their communities. Adopting a public journalism approach, they reached their communities more than ever before.

Together with three editors from other local newspapers, he set up a three-year project, dedicating long-term coverage to one specific subject in each village, to increase engagement from their communities. Adopting a public journalism approach, they reached their communities more than ever before.

“We want more people to vote. We want people to see that they can be part of a solution. We want new voices to be heard,” said Osmundsen.

The newspaper should be presented in a way that welcomes opinions from the public. Not just doing vox pops, which are often used to fill in the gaps. “Just adding some quotes and a picture makes people feel it is kind of a rip-off,” said Osmundsen. “Instead, we need to have serious interviews with people and give them a space from the start. If we want the general public to participate, we must make the public sphere hospitable to such views.”

One of the challenges for editors is to attack the laziness of finding a good source, according to Osmundsen. It’s easy for journalists, frequently under time-pressure, to go for sources that always reply, who are often – male rather than female – experts that are always willing to speak,” he said. Moreover, using experts’ who speak in a language nobody understands, and politicians’ well-polished views may put people off participating. “We have to go beyond that, he said, not to stop asking experts, but be more thoughtful about how we use them.”

Activate the inactive
When the council of Oppdal, a village of 4,000 inhabitants in Norway, made plans to reshape its downtown, the editor of the local newspaper Opp sat down with a map, found out who would be affected by the changes and knocked on their doors. At first, unwilling to participate, within half an hour of explaining the council’s proposals, the house-owners started to engage and participate in the debate.

This example shows how public journalism tends to make more people responsible for a problem. A lot of people don’t realise they are allowed to express their views in the newspaper. By teaching and convincing them that they have a vote, public journalism activates the inactive against past practices where it was journalists, politicians, and experts against an observing audience. Using good journalism with correct, respectful quotes may encourage others to participate in the debate.

The value is in the argument
Public journalism became a model after the poor US presidential election in 1988, won by George Bush senior, in which political debate was overshadowed by shallow personal attacks and political play. Rooted in the Habermas’ philosophy which says the value is in the argument is more important than who is saying it, or how it is said, journalists reconsidered their sources.