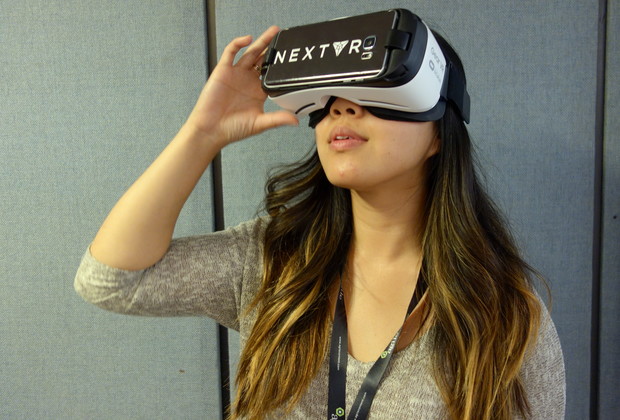 Software technology company NextVR, which is creating content with news organisations, uses cameras with additional sensors to track data from within a viewer’s VR experience. A dashboard with heatmaps and information from other data trackers visualizes the user’s behaviour. This data provides a better understanding of the intention of the audience. It enables NextVR to produce more engaging content, and to offer valuable data to advertisers.

@wanifra_mihub @nextvr it’s about measuring the attention of your audience. Powerful for storytellers

“The viewer data is very interesting for advertisers,” said Helen Situ, self-proclaimed VR evangelist at NextVR, when we interviewed her during a workshop organised by the Global Alliance for Media Innovation (GAMI) Workshop, at the annual World News Media Congress in Cartagena, Colombia on Sunday.

NextVR is all about live-streaming events. It has covered presidential debates, a Coldplay concert, and NBA games – all in real-time, with transmission delays just like those of traditional broadcasters. Providing an additional experience to coverage of FOX, NBC or CNN, sports is a major part of NextVR‘s output.

“It is a different experience from TV, I think that’s why many broadcasters are very excited to jump in on it,” Situ told the World Editors Forum, explaining that live VR makes you feel like you’re actually there, as opposed to 3D TV, which was only slightly different from traditional television.

By being able to track viewer behaviour in sports events, NextVR knows whether viewers actually look at certain advertisements in a stadium, at which moments in the game, and for how long. “With traditional media, the reporter is the director and the camera shows only that, so it’s interesting to find that data of what people are paying intention to when they decide what to watch,” Situ said.