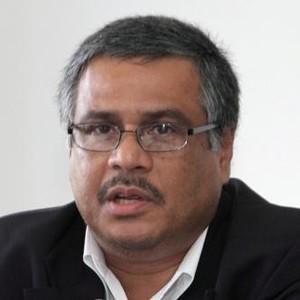 Practicing investigative journalism is a real challenge in small communities where everyone knows each other, says Wesley Gibbings, president of the Association of Caribbean MediaWorkers (ACM). “It’s difficult to find situations in which the key subjects of the investigations are not well known, and vice versa, to journalists and media organisations.”

There is a way to silence journalists in the region says Gibbings: “In the Caribbean, journalists aren’t killed, stories die.” If a journalist follows a particular story that might be seen as offensive to commercial interest, people may contact the publisher, who then withdraws the advertising and suddenly a story dies, he explains. “If you continue to promote such an investigation, you’re losing your job, which is risky business, as some countries only have a handful of newspapers.”

Collaboration, collaboration, collaboration
One solution the AMC has proposed to overcome the issue of self-censorship is to build a platform where journalists can run stories they wouldn’t feel comfortable with publishing in their own media. This also ties in with managing problems of litigation. Single market conditions mean that entrepreneurs and others who may or may not be up to no good don’t necessarily need to operate within their own borders, Gibbings said.

Collaboration between countries is absolutely necessary for investigative journalists to be able to operate in the Caribbean, according to Gibbings, whose organisation built a network of at least 200 journalists. “You’ll find many stories that are relevant across borders from Jamaica to Barbados, to Grenada, and we promote collaboration so journalists can do in-depth stories.”

Changing newsroom mentality
The Public Media Alliance (PMA), supported by UNESCO organised a three-day investigative workshop in February this year. “It was a great way to show the importance of investigative journalism, but a concrete collective effort, such as building a database together, hasn’t been made yet, according to Steffon Campbell, author, lecturer and researcher who facilitated the event.

Campbell says there is a disconnect between the boardroom and the newsroom: Media houses, focused on making money, haven’t yet seen the importance of actually appointing a group of journalists to do investigative stories. And journalists are so focused on churning out stories that to put their attention on building these databases may be a struggle. Rather than just one-off reporting, he would like to see journalists follow up and build on topics and subjects that affect all countries.

The aim now is to change newsroom mentality. “I really think it’s time to look deeper into not just the symptoms of issues but also the causes,” said Campbell. For a journalist, rather than trying to publish as many stories as you can on, for example, crime, you can look at the history, the impact on the economy, and try to understand this issue holistically instead of just saying “four people have been shot today” without trying to understand the how, why, and where that this crime is coming from.