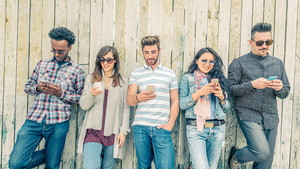 Clickbait headlines didn’t help either, and eventually we all grew immune to the dreaded click. For advertisers, bot fraud made click metrics even less meaningful, as it became difficult to determine whether the clickers were human or robotic.

So we’ve started focusing on attention metrics, measuring by the clock instead of the click. With clocks – also known as dwell time – the idea is that the longer an ad is in view, the more we will become familiar with, and able to recall, the product or service being advertised.

Publishers including the Financial Times, Bloomberg and the Economist have embraced attention metrics by offering advertisers the option to buy on a cost-per-hour (CPH) basis. CPH uses time as a metric to measure ad effectiveness.

As described on FT.com, “CPH values quality content over quantity, or real reader engagement over clicks.”

In less than one year since the new metric was launched, the FT has run 32 CPH campaigns with 24 different advertisers. On average, a Financial Times ad seen for more than five seconds showed a 79-percent increase in ad recall and a 71-percent increase in familiarity.

Sounds good. While clicks are an imperfect metric for gauging the attention of an audience, the clock would seem to be a better way to measure engagement. This is especially true with video advertising, where watching an ad to completion is an important barometer of effectiveness.

But many advertisers have been slow to jump on the attention metrics bandwagon. Some just don’t care how much time a visitor spends with a digital ad. Instead, they’d prefer to know whether an ad is 100 percent in view. In addition, today there are no well-defined standards for determining dwell time on an ad. This is changing, however, and it’s encouraging that the Interactive Advertising Bureau (IAB) has recently released a “Primer for Publishers on Improving Ad Viewability.”

Cliques: social sharing as a metric

The real game-changer here is mobile. And that brings us to social sharing – or cliques – as a metric for measuring ad effectiveness. Ads that are shared from one mobile user to another boast click-through-rates as high as 1.4 percent. Compare that to the measly click-through-rate of 0.35 percent for mobile banner ads.

Social sharing and word-of-mouth marketing are powerful engagement tools. Nielsen found that 83 percent of consumers say they trust recommendations from friends and family more than any other form of advertising, compared to only 47 percent who trust TV or radio ads.

Sérgio Brodsky, writing for Marketing Mag Australia, said recently that when it comes to mobile, “forming closed experiential cliques seems to be emerging as the new trend in social etiquette.”

This clique phenomenon is especially relevant for news media publishers. The Knight Foundation’s May 2016 report on mobile news consumption found that, “Social media users depend on friends, contacts and individuals they follow as trusted news sources as much as or more than they depend on media outlets.”

Furthermore, the Knight study learned that mobile news users who are active on social networks do not just passively engage with news and advertising content, but also take offline action related to that content. For advertisers, this translates into higher conversion rates – people who go beyond clicking, beyond sharing, to actually buying the product or service being advertised.

There is some debate, however, about whether or not social sharing is a good metric for measuring content success. Chartbeat’s CEO has said repeatedly that he sees no correlation between social sharing and engagement. Publishers such as the Guardian disagree.

Buzzfeed sides with the Guardian on this debate. In fact, Buzzfeed has identified a direct link between social sharing on Facebook and audience engagement, citing that users who share spend an average of 68 percent more time on shared pages than users who do not share.

For publishers and advertisers, the trick with cliques is to come up with an agreed set of standards for measuring social sharing engagement and effectiveness. Data management companies such as RadiumOne are moving in that direction with their Po.st tool, which provides publishers with an after-the-share ad unit to help measure and monetize social sharing activities. Other free tools, such as Simply Measured and Google Analytics, can also help evaluate the sharing of digital and mobile ads within social circles.

The digital advertising landscape will continue to evolve as new ad formats like native video and OTT (over the top) mobile become more prominent. As this happens, there won’t be a one-size-fits-all model that works for measuring success across every ad campaign.

Whether choosing clicks, clocks, cliques, or something else, the key objectives for publishers is finding the right metric that provides the most credible data – and delivers the most positive impact – for their advertisers.

Peter G. Marsh is Vice President, Marketing at Newscycle Solutions. He joined Newscycle in 2013 from Atex Inc., where he was Senior Vice President of Global Product Management. With more than 30 years’ experience in the media industry, Peter was previously the CEO of 5 Fifteen Inc. He was also the founder and CEO of Deadline Data Systems and Vice President of Web Development at EBSCO Publishing.