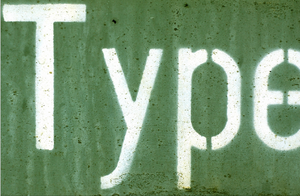 In fact, if we’re really honest this is probably the first time you’ve even heard of the phrase “font compliance” and while you may not be 100% sure what it involves, you are pretty sure it doesn’t feature in your job specification.  Fonts are, after all, the preserve of designers.

Designers love fonts. The catch is that designers love fonts so much that they develop favourites and naturally tend to turn to those favourites for new jobs.  Which brings up the thorny issue of licensing since a font that was legal for one job is not necessarily licensed for another. Extensis, a software developer for creative professionals, recently surveyed over 2,250 creatives about whether they had ever taken their own fonts into work with them. A full 50% answered that “yes” they had, some of them doing so regularly.

Which leaves companies open to the risks of being sued for using fonts without appropriate licensing. “Font compliance” is an unfamiliar term for most of the publishing business but not for the legal profession.

Microsoft was sued over an unauthorised font in Windows Office, toymaker Hasbro was sued for an unlicensed font finding its way into My Little Pony promotions, and even Harry Potter has been struck by the curse of the non-compliant font. NBC found itself facing a US$ 3.5 million lawsuit over fonts used in the Harry Potter franchise – the third time the company had faced lawsuits over fonts in as many years.

Designers can reasonably be expected to care more about the look and feel of their work than the litigation implications of software tools that they have worked with for years.  Lawyers can be expected to be far more clear on the issues – but are costly to consult so there is a strong argument that says publishers should be aware of the perils of unlicensed letters.