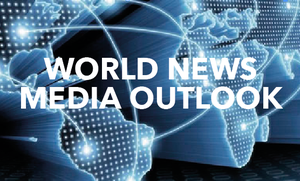 In search of an answer, my research partner Dr Coral Millburn-Curtis, who teaches quantitative analysis to doctoral students at the University of Oxford, and I ploughed through data collected over five years of a study I launched in collaboration with the World Association of Newspapers back in 2009 in the wake of the global economic meltdown.

We combined, cleaned and combed through nearly 1,500 responses and 500,000 data points from the 20-question survey completed by news media executives in senior, editorial, commercial and technology roles across national and regional operations in 59 countries.

The answer, we learned, is: Yes!

One of those, you might not be too surprised to hear, was their attitudes towards technology.  Up to 2014, companies that prioritised investment in old technologies (e.g., printing technology and pre-press technology) were almost twice as likely to have reported a significant drop (more than 20%) in revenue over the past year.

Conversely, companies that prioritised investment in new technologies (e.g., paid-for digital content, mobile, tablet and ipad technologies) were more than one and half times more likely to report significant increases (more than 20%) in revenue over the previous year.

But that is changing. By 2015, however, this trend was no longer statistically significant. That suggests that even if investment in technology remains important, it may no longer differentiate winners from losers.

So, this year’s study is going to be crucial to see the roles that technologies – and other factors such as strategy, talent and organisational culture – play in corporate success.

If you’re a senior decision-maker at a news media organisation and would like to know more about what we find, you can get a free copy of the report summary (and an invitation to a WAN-IFRA webinar) by taking up WAN-IFRA CEO Vincent Peyrègne’s recent invitation to participate in the study which is now open HERE.

Besides English, the survey is also available in Chinese, French, Italian, German, Persian, Portuguese, Russian and Spanish. To thank you for participating, we’re  happy to send you the 2015 report summary too. Xièxiè. Merci. Grazie. Danke. Mamnoom. Obrigado. Spasibo. Gracias.

François NelThis article was originally published on LinkedIn and is republished with permission.

NOTE: The opinions expressed in this article or in the referred content do not necessarily represent those of WAN-IFRA