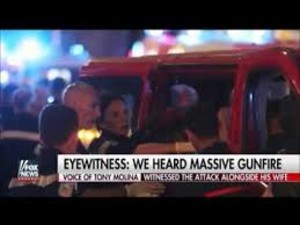 Damien Allemand, a journalist from the local newspaper Nice Matin, was watching the “quatorze Juillet” fireworks from a bar nearby the Promenade des Anglais, when, in his words, “a fraction of a second later, a huge white truck was racing at a crazy speed into people and steering abruptly in order to hit as many people as possible.” Shocked by what he had seen, he decided to write down his thoughts on Medium less than 2 hours after the attack:

558 people are talking about this

That first eye-witness account that goes viral
The tweet immediately caught attention from journalists around the world, as they filled Allemand’s Twitter account with contact requests, for appearances on radio and TV. Libby Nelson from Vox.com was one of the first to have published an English version of the story, only one hour after it appeared on Medium: “Screaming that I will never forget”: What one journalist just saw in Nice. Al Jazeera also used bits of the writing, and so did The Local, Quartz, BBC News, Euronews, The Los Angeles Times, Fox News, Reuters, The Wall Street Journal. At 6AM local time in France, Allemand published a translated English version of his story on Medium. And by Monday, at least 8,500 news organisations around the world used him as a source.

The few eyewitnesses that “break” the news
Despite the overflow of eyewitnesses sharing their experiences on social media during breaking news events, only a small selection of eyewitness accounts tends to “break” the news. News organisations often end up using the same source, which, in essence, is not a problem. However, it does raise a question about the role that social media plays in shaping media coverage of breaking news stories. As Twitter and Facebook are increasingly becoming a source of news for our audiences, according to Pew Research, the same goes for reporters.

When you have content that news orgs want… Few individuals did anything wrong but together we *must* do better. 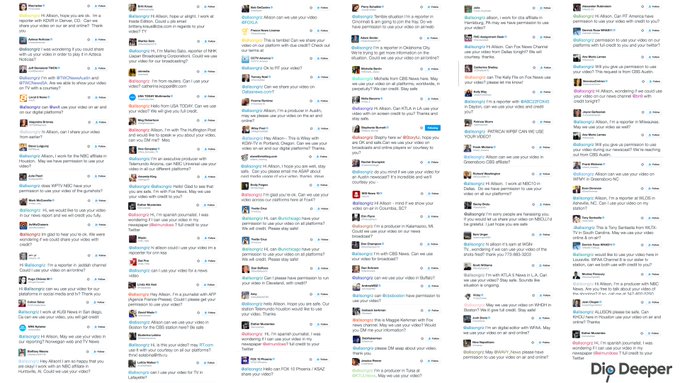 73 people are talking about this

Overwhelming “accidental” eyewitnesses
Allemand is a professional, who shared his article with the intention of reporting on the event. But his case has interesting parallels with recent developments in social newsgathering involving so-called ‘accidental’ eyewitnesses – those who share images and videos on social media with their family and friends.

Adam Thomas, former Chief of Product at Storyful (and soon-to-be Director of the European Journalism Centre) noted that recent developments in technology and media literacy have changed journalists’ behaviour: for example, turning their accounts into hunting grounds. “Often after witnessing a dramatic or tragic incident, eyewitnesses are being overwhelmed with confusing, conflicting and/or commercial offers that are hard to understand,” Thomas wrote, laying out six ways in which the landscape has changed.

Thomas says the news industry and social networks have played with a few ideas on how to solve this. “Could we look at creating a standardised set of “breaking news” licenses (like Creative Commons for news) that are easy for eyewitnesses to reference and understand? Could social platforms create default reuse permissions that are configured like privacy settings? What about a hashtag that could be added to content to indicate that it’s okay to use it for news?”

When it comes to the solution to this issue, two things seem clear to Thomas: Firstly, rival news organisations have to be prepared to be willing to work with one another if eyewitnesses are to benefit. Secondly, the social platforms need to be in on the discussion. “As Fergus said in his tweet, together we must do better,” he wrote, confirming the need for collaboration.