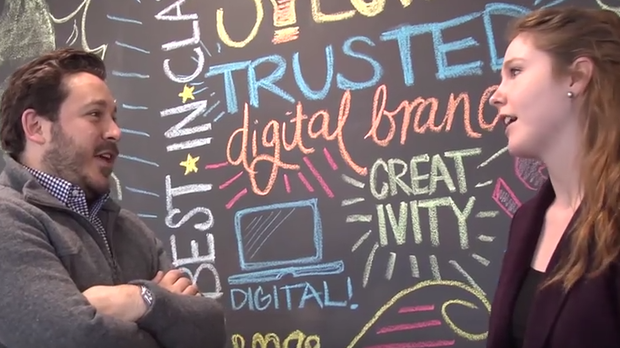 Quickly after emerging from bankruptcy, GateHouse pursued an aggressive, large-scale acquisition strategy, buying up dozens of titles, including the company’s largest circulation newspaper, The Columbus Dispatch in Ohio.

On the whole though, Chief Revenue Officer Peter Newton says the company prefers to buy small- to mid-size newspapers that hit the “sweet spot” for GateHouse’s newfound business strategy.

During the past two years, GateHouse has spent some $638 million in completed acquisitions, with a stated goal of spending a total of $1 billion on acquisitions by the end of 2016.

“We’re huge believers in the value of local media,” Newton continued. “We very much believe in local media as one of the pillars of a local community and helping that community thrive and grow. We’re really passionate about that.”

GateHouse’s acquisitions include the Local Media Group, a group of newspapers formerly owned by Dow Jones (and then called Ottaway Newspapers), as well as the Halifax Media Group, a collection of regional newspapers that were owned by The New York Times.

In all, Newton said, GateHouse publishes some 620 business and community publications in more than 520 markets, mainly small to mid-sized, across 35 states. Of these, 125 are daily newspapers, and nearly 200 are paid weeklies.

A major benefit of owning so many properties is the sales force that goes along with them, he added. GateHouse has a total of roughly 1,500 sales reps across its local markets dealing with about 200,000 active small to mid-sized business (SMB) customers.

“When we think about new businesses that we could possibly open up, we look at that sales force, and its size, and the customer base that we have,” Newton said. “We also know that even as big as that is, those 200,000 customers, we have penetrated only about 15 percent of the businesses in our markets.”

It is precisely the SMB market that GateHouse has in its sights for another major and growing part of its business, a digital services company it created called Propel Business Services, which includes Propel Marketing.

Newton, who also serves as CEO of Propel, said that several years ago, before he’d joined the company, GateHouse executives Mike Reid and Kirk Davis commissioned a study of approximately 1,000 local businesses across the GateHouse footprint.

In a number of cases, Newton said, the business owners also reported that they had attempted to do more with their businesses online but had been burned or soured by the experience and were looking for someone they could trust and who could tell them what they could and should expect from their efforts.

“We saw that opportunity – and that really led to us forming Propel Marketing,” he said. “It started out very small about four years ago, but we have grown and evolved the business so that today it’s a $50 million business. We’ve got roughly 10,000 active customers who span the spectrum of small and mid-sized businesses.”

Newton noted that GateHouse has been active in other areas of digital business as well.

Newton said the company is now considering what other types of services they could provide. One simple service is helping local businesses to set up their online working environment using Google’s “Google For Work” set of technologies and applications.

“We’ve really been shifting to or placing a lot greater emphasis on very small businesses,” he said.

For those smaller businesses, Newton said the starting point is helping them to build a quality online presence.

“We built our own platform on which we can create a responsive design site for a customer,” he said. “Other things include setting the business up properly in different social networks, as well as things like logo creation. We’ll buy the domain for you. We’ve created packages around this.”

That platform and technology will be integrated with ThriveHive, the tech startup that Propel itself acquired in March to help with SMB services like launching responsive sites, email marketing campaigns and more.

“The revenue for Propel Marketing by the way, I should mention to you, is about equal to our owned and operated digital, so they are each about 10 percent of our total ad revenue, so 20 percent total of digital advertising across all those GateHouse properties.”

Newton added that their biggest category from a revenue standpoint is paid search.

“We became a Google Ads Words PSP (Premier Service Partner) just a few months ago, and we’re really proud of that,” he said. “Google tells us that we are the only company that is both an Ad Words PSP and, with this new service that we’re offering, a Google For Work Premier Partner, and they love that.”

“We are having conversations with Google now about ‘How do we really go in a mass way to small businesses across the United States across all these different services? We want to help pull them together. Will you work with us on that?’ We’ll see where that conversation goes, but we’re really excited about that,” Newton said.

One element that Newton said has been really important for Propel Marketing’s success is the company’s transparency with results.

“It’s pretty amazing to us that some of the biggest players out there who obvuscate what they do in either not clearly showing results or not explaining things well to a customer,” he said.

“We spend a lot of effort and time (with our customers), and one of the things we’ve developed too is our own analytics dashboard that has all those results. It’s now available in an app. We just released that with Apple about a month ago, but we’re very transparent about what those results are.”

“We want to be the trusted advisor to that SMB. They’ve been burned before. They’ll be burned again if they’re using other people – we’re pretty sure of that. That’s kind of how the world works, and digital can be tough, especially if people aren’t transparent about what expectations are, or results. Both of those are really important.”

Editors must step up to help avoid climate breakdown