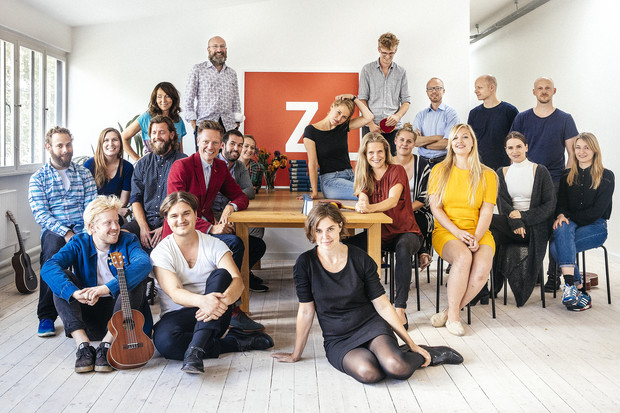 As one of four co-founders, all from legacy news organisations, Editor-in-Chief Lea Korsgaard wanted to create a platform that puts readers first. She believes journalistic authority comes from standing among the audience rather than above them.

“We consider our readers active not passive. They are more than capable to not only read, but also react, and use our stories out in the world, but also critically capable of giving us ideas, input and new perspectives,” she told the World Editors Forum.

Zetland started in 2012 as an e-single (a form long read) publishing house but relaunched in March this year as a subscription-based platform that explains news articles on a daily basis.

After a € 80,000 crowdfunding exercise à la “De Correspondent”, Zetland attracted another € 1,5 million from investors, on top of half a million in government subsidies. Revenue comes from subscriptions, live shows and a moderator/booking-business.

With stories reaching up to 100,000 unique visitors, the Danish publication currently has about 2,600 paying members. It aims to grow to 14,500 and break-even two years from now.

Half of Zetland’s current members are from Copenhagen, they are mostly educated, and those who liked the publication’s Facebook statistics seem to come from all parts of the political spectrum.

Zetland is a niche publication aiming for a strong, but rather small community. Is this strategy be sustainable in the long run?
I don’t want to sound too depressing about the future of journalism, but the time that you will get 300,000’s of people paying for the same publication is over. There is definitely a need for journalism that reaches millions of people at the same time with the same content, but I think it is really difficult to build a business around it. That’s why I appreciate the Danish state-owned public service media who – still – does exactly that. When it comes to a private, sustainable business model, having a niche product makes it much easier to build a community that generates loyalty, which is what makes people actually want to pay for journalism.

How are you building a strong community?
A lot of it has to with the tone of voice. It needs to be human, personal, not just a machine talking, so that readers can actually feel that there is someone behind the words. This is so contrary to what we’re used to from the traditional news business, where news is written in a very anonymous way. I still think there are good things to say about that, but it doesn’t build community.

How would you describe Zetland’s tone of voice?
Optimistic, clever, sometimes with a bit of a tongue-in-cheek, but always doubtful. Our journalism is quite old-school as it sticks to good, solid reporting, yet it is told in our journalists’ own tone of voice. I don’t think one specific tone of voice is more successful than another, but just the sheer fact of having one makes a difference.

Does that mean a hint of activism?
No, there is not much of an activist approach to our journalism. Sometimes, the fact that we made Zetland is perceived as an activist deed. We left the legacy media business to set up our own publication because we still think that solid analysis is where all public debate begins, but we have to take that kind of journalism into a new digital world.

What is the audience’s role in your journalism?
We see our journalism as a service to our members, hence why each story begins with them. We ask ourselves: What do they need to know right now? This is totally different from how it used to work. In our former jobs we almost never talked about the reader. The fact that someone had to actually read our stuff, react on it, do something with it, or even like it was just not really of our business.

In what way do you interact with your audience?
In three ways:
– We have face-to-face conversations at our live journalism events. This is a very simple means of communication, but it is key in the process of community-building.
– We are also trying to have a constant conversation with them through our front page by reaching out for input, such as this call for opinions on how to cover the migration issue.
– And we’ve always been very transparent about the development of our publication, giving readers a say in, for example, building the daily newsletter, or whether we should get into podcasting or not.

What input are you trying to get from your members?
We believe that the 2600 members we have now are much more clever than our team of 25 journalists. Our audience proposes stories and sources, editorial advice, suggestions, and perspectives, but we also want them to input the business side of things so we ask them where they want to see us grow in the future.