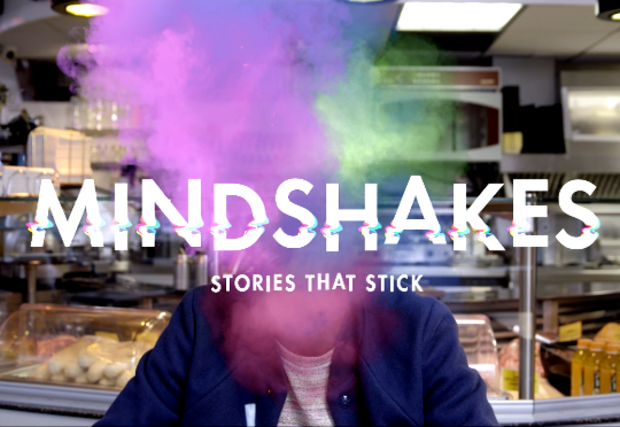 Being able to distance yourself from a subject in order to bring a story that is almost a neutral representation of facts was almost universally considered an important journalistic skill 10 years ago.

While that ideal still holds true for many traditional news publishers, the role of a journalist is now being interpreted much wider by others, according to Ward Wijndelts, Co-Founder and Editor-in-Chief of Mindshakes, who takes a more radical approach – to trigger millennials to think about what’s relevant in the world.

“Many young people feel disengaged with quality journalism and don’t have much trust in established media. Yet, they do have a lot of uncertainties and questions around life,” Wijndelts told the World Editors Forum.

Rather than following the news agenda, it covers issues such as the intense stress and pressures the young often feel to be successful in school, at work and in life, as well as topics such as sex & relationships, drugs, financial issues and any other subjects that affect the new generation’s lives.

“Objectivity has always been an illusion, hence why I call it intersubjectivity – the closest you can get to an alleged truth,” Wijndelts said.

Mindshakes is not short of taking a stance. In one article it calls on readers to support Unicef on the issue of refugees. Inspired by Ryot, the aim is to activate young people and inspire positive change in the world.

Since its launch in October last year, the platform hosts the Dutch version of the “Ghost Boat”, a project that aims to unravel the mystery of a lost boat containing 243 refugees. “It’s the perfect example of our editorial strategy,” said Wijndelts, as it involves readers in the search to solve a problem with high societal value.

Millennials want to participate in the debate

The next generation has a completely different view on institutions, according to Wijndelts. “They no longer feel comfortable with journalists telling them how the universe operates,” he said. “Instead, they want to participate in the debate, by offering sources or providing input in what they think is relevant.”

Besides monthly face-to-face conversations with millennials, the platform is developing an interactive tool that will allow its journalists to more easily interact with users to find out what understand what matters to them.

To do this, it will use sliders, multiple choice questions and other small features on their stories to get feedback. It will create a tool that detects regular visitors to send pop-up questions asking them which stories they’d like to see covered. And it will track frequent, active visitors who may be passionate about a specific subject to appoint moderators and build communities.

While input from readers is crucial to increase relevance, Wijndelts passionately believes in the journalist as a storyteller, who eventually has the power to touch people and bring new insights. “The role of the journalist is to verify stories, put them into context and expose them to the wider public,” he said.

With the rejection of objectivity in mind, the publication allows for a wider interpretation of journalistic storytelling to render stories palatable to the younger generation. It uses cartoons, documentaries with fictional elements, photo series, videos, long-form and so forth.

Millennials are fine with advertising as long as its transparent

The majority of its 500,000 unique visitors a month come in through mobile, are under 24, and eight out of 10 readers use Facebook’s mobile app to access Mindshakes. While most interaction happens outside its own platform, it uses social media to render content as accessible and shareable as possible.

However, to generate advertising revenue and sponsorships, it is equally important to drive traffic to their website. In small-scale qualitative research, Wijndelts found that young people are “completely fine” with having the platform run by advertising rather than having to pay for a subscription – as long as it is transparent.

But relying on advertising means you need to make an extra effort to build trust. To do this, branded content is clearly labelled, and their uniquely titled corrections are made visible. “We can make independent journalism, because we’re clear about the things we carry out on behalf of other organisations,” Wijndelts said.