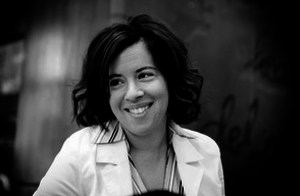 In the past Fatemah Farag has shared her thoughts on the safety of journalists. She speaks from experience, as she, herself, operates in a challenging and restrictive environment.

However, in an interview with the World Editors Forum last week, she noted that the professional challenges in the Middle East aren’t limited to the question of whether the media is free or repressed.

“They are actually much more complex,” she said. As a board member, she is hoping to bring those challenges to the table and find ways within the context of the World Editors Forum to find synergies with colleagues around the world and to create partnerships that help advance the business and move forward.

Hyperlocal journalism turns out influential
Welad ElBalad Media launched five years ago, just after the Egyptian revolution, and developed into a large community media network with 10 newsrooms and eight distribution outlets. Its newspapers offer hyperlocal journalism: a unique proposition in a country where media facilities have always been – and still are – largely centralised.

The mainstream media wasn’t convinced initially of the project’s potential, but engagement with local communities has proven to be very high indeed. “People were insisting on getting their voices into the paper,” said Farag, referring to coverage about the production of lettuce in a rural area. Such local stories are important to our readers, as it evolves around their daily lives and even their livelihoods.

The network also set up a project to allow citizens to express the issues they face in their community. “They [citizens] know that these pages are seen by local governments, and we make the effort to get the authorities’ responses aiming to find explanations, if not solutions to problems,” Farag said.

These initiatives have been developed over time and taken across the network. “It is a new learning experience, not just for journalists, but also for audiences; that they would be heard and that their voices would be published and expressed,” said Farag.

“The importance of women professionals in the ranks and leadership of media business is one which is gaining increased awareness and I am looking to leverage my involvement with Women in News and on the board of World Editors Forum to play a part in leading in the direction of mainstreaming gender equality within WAN-IFRA and bringing the importance of this issue to the associations and the organization as a whole,” Fatemah Farag.

Now, that network can potentially play an important role in the future development of the media in the region, as mainstream media is facing challenges. Its sustainability, business models and viability are threatened by very low distribution figures outside of Cairo, and across the border.

“Perhaps, in a few years, the mainstream news organisations would like to use our distribution network and then we can calibrate the very specific skills and networks that we’ve developed on the ground to facilitate better circulation of mainstream and our own newspapers across the border,” Farag said.

To move this forward, Farag took to NiemanLab where she is currently researching the relationship between community engagement and media production, aiming to define models for business development and sustainability for alternative, independent media in Egypt and the Middle East.