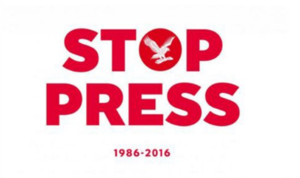 The priority is to start covering the US from the US, says Christian Broughton, Editor at the Independent Digital.

North-America is already the Independent‘s biggest market after the UK, accounting for just under a third of its readership. Just over a third of readers come from UK, and the remainder from the rest of the world.

The US operation, which opened in February last year, hired new staff recently to grow to a team of almost 10 in Washington, New York and Los Angeles. “We believe in overseas correspondents, we want to have people based in the US,” Broughton said.

The Independent has always been a very internationalist news organisation, Broughton told the World Editors Forum. “We haven’t just reported on the world in terms of how it applies to the UK or how it affect the folks back home, we’ve always cared about the world on its own terms,” he said. “You can speak the same language as the rest of the world, but if at heart you are quite parochial, arguably it is not going to work really well.”

100% digital focus: a further push to the digital future

Since March, when The Independent let go of its print edition and the pressures around producing it, the newsroom has been able to fully focus on digital. “We don’t have to compromise doing two things at once, or having to balance conflicting priorities,” said Broughton.

Print readership only accounted for one percent of the total audience, and its digital audience had already been the fastest growing of quality newspapers in the UK over the last three years. Therefore, editorially, the move wasn’t a pivoting moment into something entirely different, according to Broughton. “We didn’t have to suddenly find out on day one what works digitally.”

On the contrary, the Independent already had about 50 journalists focusing primarily on the digital side of the business, said Broughton. Even though 100 journalists were made redundant after the closure, the team has almost doubled in size globally over the last five months, with 40 coming across from print to digital, according to Press Gazette.

“The headcount alone is a great sign of evidence that closure of print can lead to a better focus on digital,” said Broughton in a statement of ambition for the future.

Brexit coverage boosted traffic to record-breaking numbers for several UK-news sites, including the Independent, which saw its visits go up from 3.6m to 8.6m on the day of the referendum, according to Similarweb. On social media, the Independent did particularly well, leading Facebook coverage in terms of engagement.

The digital-only strategy is paying off and traffic numbers continue to rise, according to the latest Audit Bureau of Circulations figures, who reported a daily average of 4,382,722 unique browsers.

The Independent‘s subscription-based news app for mobile and tablet provides readers with a daily news outlook rather than the latest updates you would get on Twitter or Facebook.

It has an “online frontpage” and all the usual sections you’d find in the newspaper. “The app is deliberately very paperlike,” said Broughton, “it gives you a nice sense of completion when you finish it.”

The app is performing well as it currently has about twice the number of users than the print newspaper had, according to Broughton, who did not wish to disclose the exact number, but Press Gazette estimates it would push it over 10,000 paying £12.99 a month.