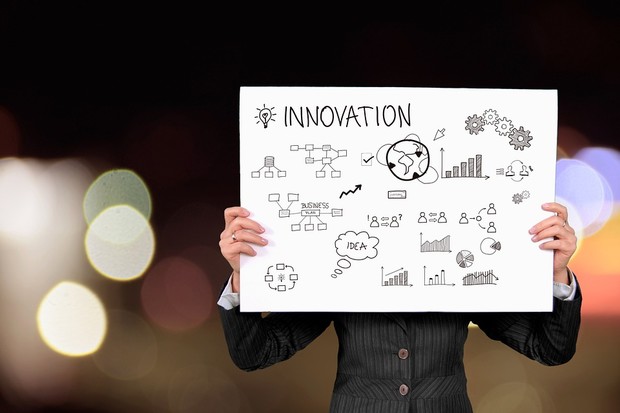 The need to anticipate the current speed and nature of economic change and technology is clear to everyone, according to Jeremy Caplan, director of education for the Tow-Knight Center for Entrepreneurial Journalism, who teaches entrepreneurial journalism at CUNY Graduate School of Journalism.

Many news organisations have embraced a culture of innovation that allows staff throughout the organisation to contribute to the advancement of journalism, but unfortunately, Caplan adds, editors do not always allocate sufficient time and resources to this.

What can entrepreneurship do for legacy newsrooms
There are three categories within entrepreneurial journalism:

1) coming up with new creative and useful products and services that address opportunities and needs in the market place;

All of these practices come down to one thing: innovation.

Leading a culture of innovation
Innovation is most likely to happen in newsrooms with leadership that is aware of what is happening in the industry, and open to learning from other news organisations – combined with a motivated staff.

The best new products do not always come from the editor-in-chief, said Caplan, who points out the value of “foot soldiers”, the journalists who are doing the work day in day out, who talk to readers and really know what the audience’s needs are, and what products and services people may use.

One of Australia’s most experienced and innovative media professionals, Peter Fray, a 2016 fellow at the Tow-Knight Center speaks from personal experience in transforming legacy newsrooms when he says that the only way to change a culture is through leadership.

“A CEO can talk about innovation, and the need to innovate, but it needs to be a lived experience,” Fray said. In an interview with the World Editors Forum, he explains why it is almost inevitable – and not actually that complicated – for newsrooms to adopt entrepreneurship.

Yet, it is not always easy to sell to your reporters.

Entrepreneurship: a new mindset
With all the daily tasks that journalists are already required to do, isn’t it too much to ask journalists to become innovators as well?

“The problem is when journalists are having to do the old stuff AND the new stuff,” said Caplan, who believes that there is a lot of coverage we shouldn’t be doing.

As an editor-in-chief, you could ask yourself whether sending reporters out to cover the same story as hundreds of other publications, for example during the Republican and Democratic conventions, is an efficient employment of resources.

“Rather than assigning such stories just because that’s what we have been doing for ten years, maybe it is more efficient to send an editor out for training or work on an interesting new experiment,” Caplan argued.

Is entrepreneurship possible with scarce resources?
For smaller newspapers, the challenge is bigger as they often don’t have extra resources to re-deploy to trying new forms of storytelling, or investing in material, such as VR equipment.

But, innovation does not only apply to technology.

Sometimes it is just a matter of finding clever ways to serve an audience more efficiently, for example for a local newspaper to become more selective – focusing purely on day-to-day local issues, and leaving national or even international coverage to the larger news orgs.

“Maybe people are more interested in reading a local newspaper as a second or third read, maybe they use national sources for national news anyway as most people don’t rely on just on one publication,” Caplan said.

Rethinking newsroom jobs and skills
It makes sense for newsrooms need to rethink jobs and responsibilities. A challenging, but exciting opportunity. “People grow ideas about how they fit into the workplace, what their jobs are, and what their career path should look like,” Fray said, “innovation essentially outroots all of that, and some people by their very nature are going to resist that.”

Yet many – especially large – newsrooms have already taken it in hand. They diversify their newsrooms to engage with minority communities or hire people with different skills – in technology or business – which can be really beneficial to advance journalism and make audiences pay for journalism.

Madly Schenin-King, for example, had a career in PR before joining the Tow-Knight as an entrepreneurial fellow. She set up a subscription-based independent platform, called Veille Tourisme Antilles, covering economic tourism news in her native French Caribbean, to provide professionals (and the public) with knowledge, resources and the latest trends in the travel industry.

To her, there is nothing wrong with monetizing journalism. Many journalists haven’t been trained or are not used to selling, according to Schenin-King. “Some may even feel that they’re selling their souls,” she said jokingly. On the contrary, she sees money as a way to provide better content, to enable running a sustainable business, paying journalists better, and in turn enabling them to provide better content.