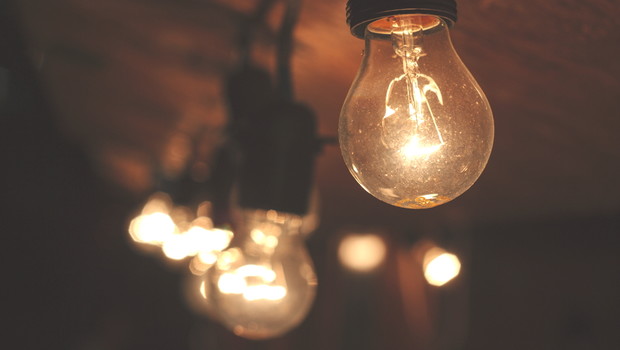 Part 1: Regionals struggle and the lights go out at Beacon

Back in 2014, I sat in the offices of Beacon Reader in Oakland, California, just across the bridge from the bright lights of San Francisco. The office was a tiny staircase from the street and sparsely furnished with second-hand furniture. We were looking for the future of paid journalism.

Their company was founded after they realised display ad revenue for a blog with 5,000 readers would be negligible. As co-founder Adrian Sanders explained: “We were frustrated that there was not a good monetisation model in the world of journalism.”

Of course, since we were not far from Silicon Valley, there was an unwritten assumption that we were talking about digital monetisation. In other words, outside of huge brands like The New York Times, Sanders felt it was impossible to find a fair way of funding journalists to write in-depth online stories.

So, much like Krautreporter and The Correspondent in Europe, they set up Beacon Reader as a crowdfunding platform. The difference with Beacon was that readers could crowdfund individual stories or article series, as opposed to an overall site. The company had a perfect pedigree, with backing from prestigious startup incubator Y Combinator and a team including fellow founder Dan Fletcher, a one-time Time Magazine journalist and managing editor at Facebook. (In photo: Dan Fletcher, top, and Adrian Sanders in the Beacon Reader offices.)

And they had some impressive success. Beacon managed to raise more than US$ 3 million in funding for journalism and journalism brands. They helped The Texas Tribune raise $ 10,085 for a story on gun control, and The Nation find $ 56,910 for an immigration reporting initiative. They even helped create an entire journalism startup called Driven, which raised $ 50,000 via Beacon to cover positive stories about women.

One of the founders of Driven, Samantha Harrington, explained how the platform “allowed us to gather an audience that was literally invested in what we were doing – so much so that they were willing to contribute money.”

So it was surprising to read an email to all Beacon users on 12 September 2016 that said “Effective today, Beacon is no longer accepting monies on behalf of journalists or publications.” After 31 October, Beacon will cease to exist.

The reasoning is unclear, but it probably makes sense to do some maths. Beacon took a 5-percent cut on funded projects, in return managing the website infrastructure, and more importantly, offering essential editorial and marketing advice to upcoming journalists. That means on $ 3m they probably saw about $ 150k revenue – probably not enough to fund an office of talented people for 3 years, even in downtown Oakland.

So is the model wrong or is investigative journalism resolutely unsexy?

It’s worth looking at a couple of other models. More specifically, models for selling regional journalism.

I visited a large German regional news publisher recently that had implemented a metered model across all its titles on the web. They wanted to keep website traffic while reassuring print subscribers that content was not being given away. At the same time, the plan was to migrate readers to a premium print and digital bundle that included e-paper or tablet editions.

The results so far? Two percent of reader revenue is digital.

So 20 years since the dawn of the world wide web, they have moved from 100 percent to 98 percent print subscriber revenue.

They are not alone. Local titles such as Sydvenkskan HD in Malmö, Sweden, are open about their struggle. They introduced paid content then dropped it again in favour of free due to what they described as reader confusion. Early paid content advocate The Boston Globe still hedges its bets by running the parallel free boston.com site.

So what’s the problem? Is it the content? The model? The pricing? Do readers expect to pay less on mobile? Too much competition?

The problem is identifying the product.

Part 2: What product are you selling? Defining your uniqueness

The Financial Times, The Wall Street Journal and Frankfurter Allgemeine Zeitung have long had unique and predominantly wealthy audiences. Of the three, the FT and WSJ have enjoyed almost a decade of successful experience converting their readers to digital channels.

And now with the launch of FAZ Plus in 2016, their German equivalent is starting to follow, building on the 56,000 e-paper subscribers they had amassed by the end of 2015, and according to their management, making a healthy digital profit on a lower cost base.

A Monday-Sunday monthly digital subscription to FAZ currently costs 44.90 euros versus 66.90 euros for print. And notably, print does not include digital as standard.

It’s perhaps no surprise that two rivals have similar pricing. So what is the learning, that every news publisher should sell digital access for two-thirds of the price of print?

No. The real takeway comes in the offer. The FT lists the following benefits on their subscription page:

The Danish publisher JP/Politikens Hus has taken this to a logical conclusion by launching the niche high-value financial information site http://finans.dk/live/.

But the message has wider resonance. Every news publication has to decide what exactly it is selling to subscribers.

Beacon Reader was not a publication but a platform facilitating other publications. And platforms need huge scale to be successful.

By contrast, Krautreporter in Berlin was crowdfunded as a publication in itself. And from the early days, they believed in what co-founder Sebastian Esser called “marketing a membership”. They planned enhanced content, e-book versions, extra material, comments from authors, invites to events and micro-communities that run via Facebook, reddit, Twitter or simply email. Not everything has been successful, but the subscriber community has held steady.

Regional newspapers cannot simply replace the print product with the same content and offering on digital. There is not the same funnel of national and international news to drive traffic, and a digital publication will never land with a reassuring thud on your doorstep. Readers need a reason to actively seek out and engage with your content.

At The Texas Tribune, “Events are treated as journalism,” says CEO, Tim Griggs (see full report in our Alternative Revenue Streams report). They hold symposia on cyber-security or immigration, with the only revenue coming solely from corporate sponsors. They find readers who attend have a closer association with the brand and are more likely to pay for membership.

So they are selling membership and brand association and, as a regional, they can identify their core audience more precisely than a global giant like The Guardian, which essentially offers a “welcome pack, card and gift” in return for membership at 4.99 euros per month.

If brand association is not enough, some publishers choose to offer more tangible products rather than content.

The Aftonbladet Plus Premium product now includes access to their fantasy football and hockey games, as well as all their magazines. The Economist launched Espresso as an additional paid product for snacking on daily news.

The additional product might be as simple as an email newsletter. This is nothing revolutionary, but it’s still rare to find member only newsletters. The Times in the UK now has a portfolio of 25 newsletters including CrimeClub or the daily News Bulletin. The majority are intended for Times subscribers only – and when a newsletter is open, like the political newsletter Redbox, it is designed to drive readers to subscriber-only Redbox events.

Part 3: Now you are selling a product. Build expertise in e-commerce

In news publishing, e-commerce is often considered as a separate revenue stream. A media house might sell clothing through adverts on the fashion pages, or work with a partner to sell travel offers.

But the lessons of e-commerce also apply to selling the core news product. More specifically, media companies are selling monthly digital subscription services, which makes the role models more like Netflix or Birchbox (beauty products) than any publications you will find in the newsstand.

There are new decisions to make on how the team is organised. At Ekstra Bladet in Denmark they have a Head of Paid Content who has responsibility for both print and paid digital content. At the Times, digital subscriptions sit underneath the Head of Digital working hand in hand with the Head of Marketing. At other companies all reader revenue belongs to a Head of Subscriptions. The question is not only who makes what decisions but where they sit physically in the office. For example, at Ekstra Bladet the role is very much on the newsroom floor: News is part of a paid product.

There is now an ecosystem of suppliers that has grown up to help publishers manage both the marketing and the backend – from testing packages with Piano, to subscriber management with Zuora. At WAN-IFRA we have funding from Google’s Digital News Initiative to build an online course advising publishers on how to define and sell digital products – with examples from inside the news industry.

Over the next year or two, we’re hoping to see regional publishers selling subscriptions that go beyond journalism, cementing their roles as local information providers and starting to match the bigger national players.

At the very least, every company should be able to nudge the percentage of digital subscription revenue into double digits.

Nick has more than 10 years’ experience in innovative digital projects and collaborative working. Since 2012 he has run the WAN-IFRA executive programme eRev, focused on digital revenues from paid content and digital advertising. Before joining WAN-IFRA, he managed IT projects for ExxonMobil, Deutsche Bank, European Patent Office, and the e-gov agency London Connects. He has a Diploma in Creativity, Innovation & Change.