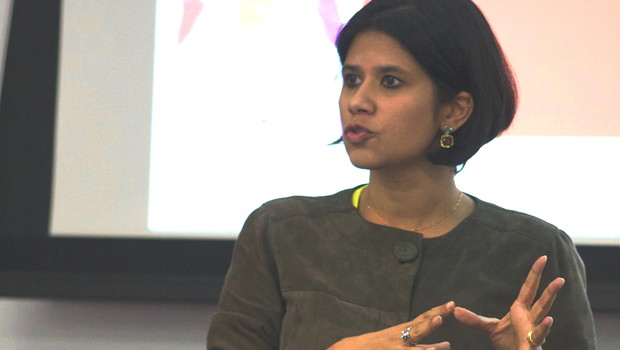 Manorama Online, the digital division of the Malayala Manorama daily, serves more than 12.5 million users. Its users are Malayalam-language speakers living in their home state Kerala as well as outside of it.

The group owns the state’s leading print newspaper, its number-two television channel by audience, more than 40 special-interest magazines, each of which is a market leader, and a very diversified digital portfolio, including strong classifieds verticals.

In this interview with WAN-IFRA’s Valérie Arnould, Mathew speaks about some of the experiences she wants to share with African publishers.

WAN-IFRA: Malayala Manorama is a pioneer in digital; it started experimenting with digital in 1997. The group owns a vast portfolio of websites and apps that co-exist with a daily newspaper that is still growing its print circulation (around 2.7 million copies a day). How much collaboration/integration exists between the print teams and the digital division? What do you want to keep separated and where do you wish to increase integration?

Mariam Mammen Mathew: After the launch of our digital edition in 1997, Manorama Online, the digital division of the group, started in 2001. It oversees the digital development of the entire Malayala Manorama group including mobile activities. We started with three people and today employ close to 200 people. But being a separate operation does not mean we have created a digital divide within the group.

We don’t have separate newsrooms. The print journalists send alerts to the digital teams whenever a story breaks, and they follow up with more inputs when there are developments. Our print photographers also contribute photos and videos for digital.

We don’t have an integrated newsroom in the physical layout; the collaboration is constantly taking place during the course of the work itself.

We also have exclusive stories or add-ons that are done either for print or for digital: content that you will find only in the newspaper or on digital. These help in preserving the identities of the two products.

It used to be that 80 percent of our traffic came from outside India, but with improved connectivity within the country it’s reversing, with 40-50 percent coming from India now.

On the revenue side, we have advertising sales people who are dedicated to each media/product; we think it’s good to have a focus. But we also have a common team that sells integrated ad packages across our print, TV and digital media.

There’s still no comparison possible with the level of monetization in print and TV; both are established and have solid market share. But digital advertising is growing at more than 30 percent in India. And there’s room to experiment.

You’re a long-time participant in our eRev executive programme, and your colleagues in this group have been sharing experiences on digital paid content since 2013. Is it something you see happening in Kerala?

India is still not ready to go to paid content. Nobody has done it yet with news brands in our market. However, we see going paid as the future, so while our websites and the e-paper version of the newspaper are ad-supported, the magazines are available only for subscribers.

We also offer in-app purchases with some of our apps. Our popular Manorama Calendar app, for example, exists in two versions: ad-free if you pay (around $1) and a free ad-supported version. E-commerce has started to develop in the last two years and we are seeing more opportunities here.

You are experimenting a lot in the areas of mobile and apps, since 50 percent (up to 80 percent on some services) of your unique users are accessing your online properties via mobile devices. Besides news apps, you have developed lifestyle apps, utility apps, and entertainment and kids’ apps. How do you choose the topics and the development/distribution platform?

We choose topics that are connected to our readers and our product strengths that can serve or entertain Malayala Manorama readers.

One of my favourite apps is the Manorama Calendar, which has existed for decades in print and is now an app. It’s a real mobile organizer and merges our traditional local calendar, with its many special celebrations and local information, in Malayalam language, with the regular calendar.

We also have apps for kids that use popular characters from our kids’ print magazines. Our astrology app is very popular.

Our latest app is called Kerala Talkies; it’s an app about the entertainment segment, with movie reviews, box office reports and gossip, and offers users functions to comment, vote and share.

Regarding platforms, it’s getting easier and much less fragmented than in the past years. We now focus on Android and iOS. We still develop for Windows, but it is not a popular OS for our readers; we used to have Blackberry but that has also been discontinued.

Video is another area where you conduct a lot of experiments – to the point that you’re starting VR projects for your travel channel and for an auto exhibition. What is your plan with digital video?

We spend a lot of time working on video. We produce original content for the digital platforms, which include talk shows and food shows.

We are also very active on YouTube. Our entertainment shows, for example, are put up first on YouTube, where there’s a big opportunity to get “walk-ins,” traffic which we can then push to Manorama Online.