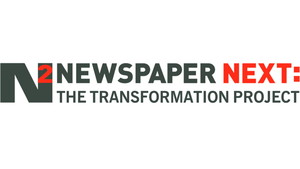 In the fall of 2006, as the internet was devastating the newspaper industry in earnest, the American Press Institute unveiled a new program to push back against the disruption.

We called the project Newspaper Next, and its first report was called Blueprint for Transformation.

Ten years later, what did it accomplish? And what should we still remember from that body of work?

The project was conceived in 2005, when Drew Davis, API’s Executive Director, won his board’s approval to spend up to $2 million to create a guiding framework to deal with digital disruption of our industry’s business model.

I was hired to manage the project, and we selected Innosight — a consulting firm founded by Harvard Business School disruption expert Clayton Christensen — to work with us. The Innosight team lead was Scott Anthony, a brilliant former student of Christensen’s at Harvard.

Together, the team and I worked at it for a year. We took a deep dive into previous research, conducted scores of interviews inside and outside the industry, and worked to adapt Christensen’s concepts and Innosight’s innovation methodology to the newspaper industry.

We unveiled the report in the fall of 2006, and I went on the road for the next 12 months, presenting more than 50 day-long workshops around the U.S. and overseas. More than 5,000 people attended.

The impact seemed to be immense. Scores of companies launched new products and services using the N2 innovation method.

Just 18 months later, I was able to write a second N2 report, Making the Leap Beyond “Newspaper Companies”, containing 24 case studies on such projects. And there were many, many more.

Now, in 2016, I can’t name a single one of those projects that’s still living. And the industry itself, at least in the United States, has shrunk to roughly half its 2006 size, as measured by either revenue or employment.

We foresaw the disruption, but we didn’t foresee the massive recession that hit just then. By late 2008, it was evident that innovation was being halted across the industry because of plummeting revenues.

No. Looking back through the PowerPoint deck I used for those 50 workshops, I see many key principles that remain as powerful now as they were then.

And I know that these concepts changed the outlook of several thousand people, surely improving the choices and decisions they have made since then.

N2’s four-step innovation process, carefully described in that report, may not be used anywhere in the industry today. Honestly, I haven’t even used it myself in my innovation work since the N2 project went dark.

But I have continuously used many of the N2 concepts. I believe they are indispensable for anyone trying to diversify a company born in the pre-digital era.

Christensen pointed out that disrupted industries almost always view the oncoming disruption purely as a threat to their core business. They miss the fact that the new technologies or business models will enable drastically different uses and behaviors. He cited Kodak’s failure to understand that digital photography would catch on at the bottom of the market instead of the top.

Christensen said disrupted companies adopt new technologies defensively, applying them to their own products. He called it “cramming,” saying it blinds these companies to the huge related opportunities that will emerge.

In the newspaper industry, 10 years on, we are still viewing the new digital technologies mainly as ways to deliver news to people in our markets. Most of the industry didn’t see, and still doesn’t, that people are using digital access to information to meet countless local information needs besides just news. Or that we could make great new plays in those huge spaces.

Facebook, Yelp and Craigslist are a few examples of huge successes that resulted from meeting other local needs for information. As long as we continue to see news instead of local information as “what we do,” we will continue to miss opportunities that should be ours.

We ought to be applying this basic Christensen principle every time we develop a new product or reimagine an existing one. And both are happening often these days, as newspaper companies realize they absolutely must diversify their revenue streams beyond traditional advertising.

Christensen points out that people don’t buy products — they “hire” solutions to help them get things done that they want or need to do. Those are the “jobs to be done.”

These two slides from the 2006 Newspaper Next workshop deck point out some jobs to be done we saw then. Most of these are still out there, waiting to be solved in better ways.

If you start out with a serious effort to learn what jobs to be done are important, frequent and frustrating to your chosen target customer group, you are far more likely to develop a winning product or service. This applies to both our customer groups — businesses and consumers.

But most new products start with only a hunch, rarely tested in any way. Which points to….

When you figure out what the deal-killers are, then you need to think of a way to test your theories with the least cost, effort and risk. Which leads to….

In the early stages of developing the product, before you’ve sunk a lot of time and effort into it, figure out some simple tests you can perform to help you see where you may miss the customer’s “job to be done.”

This can be as simple as mocking up a prototype and taking it to the mall food court, where you show it to people and ask if they would use or read it. Or taking a single-sheet description to an advertiser and asking if this would help them. Would they pay for it? How much?

In that context, N2 introduced the phrase, “good enough.” You should only make the new product good enough to satisfy the job to be done. If you make it better than it needs to be, you risk failure on the cost side.

When launching a new product, Innosight urged that companies should pay immense attention to customer reactions. Within days, weeks or at most a few months, it should become obvious if the results aren’t meeting expectations.

At that point, you need to go back to the target customers and learn how the product needs to be changed to satisfy the job to be done. Or maybe to learn that it’s meeting the wrong job to be done.

Or — if the customer feedback says so — that it’s time to “fail fast and cheap.”

6. The sucking sound of the core

Scott Anthony adapted the phrase to describe how the core operations of the business will always work to overwhelm a company’s best efforts to create disruptive new products.

I’ve seen it over and over again. The needs of the core, which still generates most of the revenue, tend to suck away resources of people and money, resulting in the eventual demise of many an innovative new product or service.

We didn’t have a catchy phrase for this, but we preached that legacy businesses needed to put their disruptive startups far away from the core — physically and in the reporting structure — so that the core couldn’t co-opt them or suck them dry.

Christensen’s examples for this were Dayton-Hudson creating the Target low-price chain, and putting the new company far from the corporate headquarters. And Hewlett-Packard, then a test instrument company, putting its new desktop printer division in Idaho, far from its Silicon Valley headquarters.

In the newspaper industry, I’ve seen it happen repeatedly that new divisions or enterprises were stuck in a corner of the newsroom or the ad department, and then — within a year or two — folded back into the core. Putting a new enterprise far enough away from the core is a mandatory survival strategy.

Even as we were doing the Newspaper Next project, we knew it might be too little, too late. But my view then was that it would be better to try and fail than not to try at all.

Ten years later, newspaper companies are much smaller, and a lot of their leaders and employees are much more humble. And many of them are much more aware that the products of the past won’t assure their future.

I see newspaper people trying harder than ever before to morph their business models, products and services into diversified product sets that can survive in the digital era.

As they work to make that happen, the key principles of Newspaper Next can still help.

Steve Gray is Vice President of Strategy and Innovation at Morris Communications, Augusta, Georgia, USA. He is a former managing publisher of The Christian Science Monitor. From 2005 to 2009, Gray led Newspaper Next, a three-year innovation project of the American Press Institute that worked to identify new opportunities, technologies and detailed business initiatives for the newspaper industry. This post from his blog at MediaReset was republished with his permission.