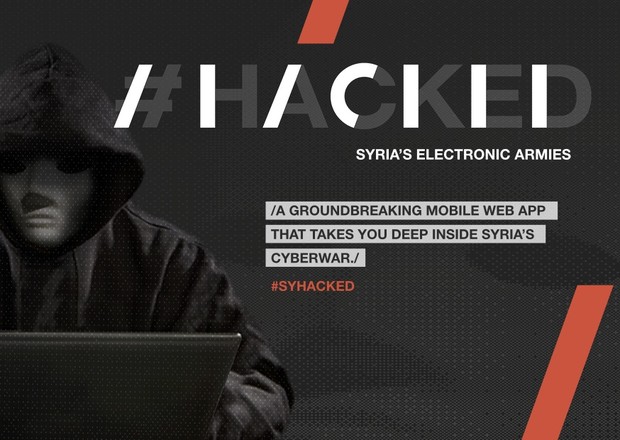 #Hacked: Syria’s Electronic Armies is not exactly a game, it’s journalism in a game format, as Juliana Ruhfus told the World Editors Forum. But, her project achieves the high-stakes tension of a traditional, mission-driven video game.

Users become a journalist given an assignment to investigate the Syrian cyber war and to use gathered information to come up with a case-study on the cyber conflict. There are only five days (virtual ones) between the start of the investigation and the global conference where the case-study will be presented. The pressure begins in the intro video when Ruhfus says, “Join us, but be careful and trust nobody. If you get hacked yourself, you lose.”

Ruhfus was driven to overcome “Syria fatigue” by presenting a new angle to the conflict.

All of the content presented is strictly factual, but some is represented by fictional characters based on real people that Ruhfus and her team met while investigating Syria’s cyber war. #Hacked draws from Ruhfus’s investigative-documentary, Syria’s Electronic Armies. 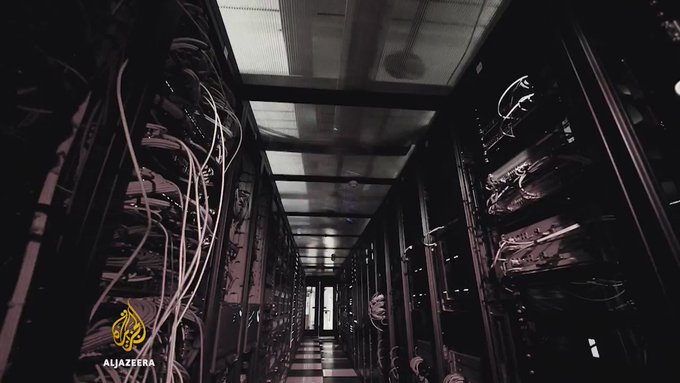 29 people are talking about this

The interactive journalism project is designed to recreate an encrypted communication app through which editors and sources, such as activists and other hackers, can talk to the journalist as he or she embarks on an investigation. However, the user has to keep in mind that as the investigation continues, the likelihood of being hacked increases. At any point, a virus-scan can be run, because malware or a virus causes the journalist to lose time so that the device can be fixed.

The app gives the user full authority to choose between being well-prepared or operating with an abundance of time because traveling to meet with sources, prepping for interviews, and getting tips from Ruhfus herself all take up many virtual hours in the game. After each decision, a notification appears at the top of the screen, weighing in on the soundness of a choice. The user is also faced with ethical decisions when given the option to pay for an interview with a “black hat” hacker or to go undercover without disclosing the journalistic purpose.

“They’re very much the decisions we had to take in the field,” Ruhfus said. “But then we also found more and more that there are security considerations that you have to take as a journalist too, which are not so much about obvious ethical journalistic practices, not so much about the rules of journalism, but they are also about keeping your sources safe. Making sure that you or your sources don’t get hacked: that became the second set of decisions.”

#Hacked was developed by an all-female team over the course of about two months. Nataly Rios Goico, a creative consultant at Conducttr, co-created the app through a pre-existing platform–a more cost-effective effort than building the app from the ground up. Ilze Juhnevica and Zahra Warsame were the two in-house designers at Al Jazeera.

Once the team realized how many security factors they had to consider, they brought on Ali Haidar on board, an ethical hacker who was really active during the Arab spring helping people with security.

A beta version of their creation was selected for competition at Sheffield International Film Festival and displayed on human-sized touch screens. Based on observations of the demographics of people who tested #Hacked at the festival, Ruhfus gathered that people at a student age found it really intuitive and didn’t really mind making mistakes, while people in an older demographic wanted to understand it first before really taking a deep-dive into the experience.

This is Ruhfus’s second time producing an interactive journalism experience. In 2014 Al Jazeera released Pirate Fishing, an interactive web app developed from Ruhfus’s documentary on illegal fishing in Sierra Leone. She said it was used often by activists and journalism schools that wanted to encourage better investigative skills. Though Ruhfus made #Hacked to expose an increasingly dangerous element of the war in Syria, she is open to it being used as a teaching tool as well.

“I’m driven primarily by a journalistic mission of wanting to get an audience to care or to be informed about something,” Ruhfus said. “But then obviously if it is good enough for people to consider it a teaching tool, that’s fantastic.”

Keeping the interactiveness going, Al Jazeera English hosted a Facebook Live session on Friday, October 14 with Ruhfus in conversation with one of the “hacktivists” featured in #Hacked, Peter Fein. However, Ruhfus lamented simpler times when journalists were responsible for reporting and not necessarily distribution and marketing.

“I actually find it really exhausting at times and it adds a whole new set of challenges and expectations to the production process,” Ruhfus said. “I think it’s a reality, we can’t ignore it, I just wish sometimes I could do a little bit more journalism and a little less distribution.”

Embracing these complicated times, Ruhfus encourages people who’ve played #Hacked to send feedback because she believes journalism gets better when audiences are engaged at all checkpoints. But she also thinks journalism would also benefit from journalists communicating more about how newsrooms are pushing the boundaries.

“That’s what I’m sort of missing – being in dialogue with journalists a lot more about formats and having engagement that way,” Ruhfus said. “Because even if you look at something and decide you don’t like it, it can easily give you an idea of, ‘Okay, this is how I would do this differently.’ And then [you] go out and do it–give it a try.”