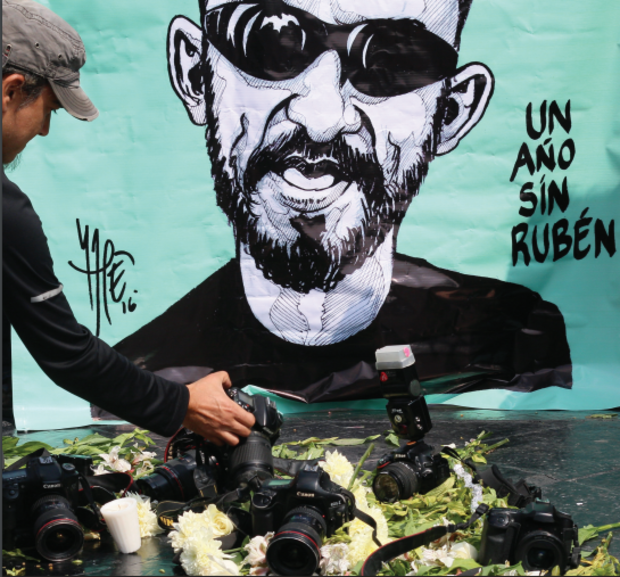 Journalism, local reporting more specifically, is so powerful that extremist groups and government officials alike are suspected to be responsible for these deaths. While many journalists around the world face precarious situations, often risking their own safety, to preserve and expose the truth to the public, this report focuses on those unsolved cases involving journalists who have been murdered for their work.

Ninety-five percent of those murdered were local reporters covering politics and corruption in their home countries more than any other beat. The murders in this index comprise nearly two-thirds of work-related deaths among journalists, according to CPJ research. The worst part is that few of these cases are brought to justice because of a global culture of impunity.

The report draws its data from cases in which no one faced punishment for murdering a journalist. Cases in which some but not all perpetrators were prosecuted or murdered during apprehension are not counted in the index. The special report by CPJ presents the number of unsolved journalist murders as a percentage of each country’s population. For each of the thirteen countries included on the list, the index details the number of journalists killed with complete impunity; the types of journalists getting murdered and their beats; the entities who are “getting away with murder;” progress made; setbacks and an illustrative case.

The thirteen countries in the index with at least five or more unsolved murder cases involving journalists are Somalia, Iraq, Syria, Philippines, South Sudan, Mexico, Afghanistan, Pakistan, Brazil, Russia, Bangladesh, Nigeria, and India. Eight of the countries have been on the list since the CPJ started doing the index in 2008. According to the CPJ, the combined data from all countries in this year’s index account for 80 percent of the unsolved murders that took place worldwide during the 10-year period ending August 31, 2016.

The CPJ report cites that some of the highest rates of impunity in the murders of journalists can be attributed to killings by Islamist militant groups. Forty percent of suspects are participants in political groups, including extremists such as Islamic State. Due to the threat of militant groups like Al-Shabaab, Somalia is the worst country for the second year in a row. With 71 murders of journalists gone unpunished in the last decade, Iraq is home to the most journalists killed with complete impunity.

CPJ reports that 25 percent of murder suspects are government or military officials. At number four on the list, the Philippines is a prime example of this danger because President Rodrigo Duterte has publicly upheld that in some cases killing journalists can be justified.

South Sudan is the only country noted for having made no progress at all. Three countries, including South Sudan, did not respond to UNESCO’s accountability mechanism for their biennial report on journalist safety–something the CPJ tracks in its index. However, the report notes that in previous years more than half of the countries on the index “ignored this process.”

The increase in response to UNESCO among a few other advancements presents a small glimmer of progress in this grim reality. For the first time, Nigeria and Somalia responded to UNESCO’s request for judicial status in cases involving murdered journalists. According to the report, no journalists have been killed for their work in Afghanistan since the index began in 2008. The country’s rating has consistently dropped each year. Sri Lanka dropped off the index for the first time since 2008.

However, no progress is good enough until press freedom is secured globally. Whether your country is listed in the index or not, we all have a right to know what is happening in our world, and journalists have a right to report it without living under the threat of death.

Read the report in its entirety here.