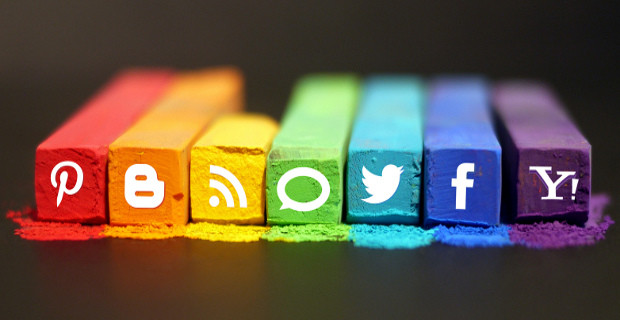 Though it’s only been a year, The Economist’s social media team already has successful results to show. In her blog post The eight lessons we learned published on Medium, Law writes that social media following expanded by 55% year-on-year, unique visitors from social channels went up 40% during the same time period, and digital subscriptions increased by 31% year-on-year in the second half of 2015. Here, she describes to WAN-IFRA how her team achieved this and what she’s learned as Community Editor for The Economist.

At The International Newsroom Summit, taking place from the 21st to the 23rd of November in London, Denise Law will share how The Economist’s social media team manages cultural change within a legacy newsroom, balances innovation with a commitment to quality, and collaborates with different departments to get stuff done.

WAN-IFRA: What were some of the changes when The Economist decided to invest more in social media?

Denise Law: The editorial social media team was expanded from two to 10 people in one go. Alongside that was a pretty big change, which was that editorial would take over the organic promotion of our social content from marketing.

So, marketing would be responsible for converting readers into subscribers, we’d be responsible for expanding our net as wide as possible among these so-called globally curious types and to warm them up to bring them into the funnel. That’s the distinction between our jobs.

I’d say we play a really important role in helping the marketing team convert readers into subscribers because we’re responsible for brand awareness and introducing people to The Economist, but our goal isn’t to directly drive subscriptions.

We don’t have a budget to target people with subscription offers. We’re very much focused on expanding the top end of the funnel, so once we brought them in it’s marketing’s job to convert them into subscribers.

What has that first year since the expansion looked like?

Ever since the editorial social media team took over, a lot of what we’ve been doing for the past 12 months is figuring out what works and doesn’t work across the different platforms.

We weren’t necessarily new to the game. We’ve been on social media for many years, it was more the shift that editorial would be taking care of the promotion of editorially produced content.

For the first six months, it was really about catching up with rivals, pumping up volume, getting stuff out there, reminding people that we’re around and that was quite successful. I would characterise it as experimenting.

But then we started realising that we were wasting a lot of time churning tweets and people weren’t actually coming to our site especially through our sub-accounts.

The next six months were about using data to help us better understand where we were over- or underperforming relative to the time spent across each of the platforms.

We were using data to help us make better decisions, smarter decisions about how to allocate our time on social media. We asked our data scientist to audit our social media channels.

What did you find out using that data?

What we were able to find was that we spent way too much time writing lots of tweets people never saw or clicked on across our multiple sub-accounts. So then we consolidated, and looked at where we were actually seeing greater impact.

It was coming from Facebook, Instagram, Line and Linkedin so we started to reallocate our resources so that we weren’t spending a disproportionate amount of time being a tweet-churning factory, and instead spending more time across other different platforms.

Which platforms are showing the most promise in terms of raising awareness of The Economist?

We allocate most of our efforts to Twitter, Facebook, Linkedin, Line, Instagram, YouTube and we’ve recently been experimenting with Medium and Quora as well. We are on Google+, we have 10 million followers, but a lot of them are inactive so we automated that feed.

Previously, we were posting it but we decided that it wasn’t really worth our time. We also experimented with Pinterest for six months but didn’t really see that many results so we decided to close down our account, likewise with Tumblr.

We decided that instead of trying to be all things to all people and being across all of these platforms for the sake of it, we needed to consolidate and just focus on being great on a few platforms rather than mediocre on many.

What are the main challenges in attracting new readers?

In our quest to find new readers we face two main problems: the first is a lack of awareness. There remains a whole universe of people who have never heard of The Economist.

The second is a misconception about who we are and what we offer. Many people still think we write only about economics and finance catering to a man smoking a cigar driving his Aston Martin.

Social media can help solve these problems, and overcome these hurdles. Everything we do on social media is really shaped around trying to increase awareness, get people to better understand who we are, and also changing misconceptions about The Economist.

You’re making a big push in the US to increase brand awareness this autumn, how are you doing this specifically?

The first thing we did was we sent one of our deputies, Adam Smith, to spend two months in the US, helping to increase exposure of The Economist on social media. We already have someone in DC who’s one of our social media writers but we thought it would be really important to have a senior person there to help him out.

We have several goals surrounding the US elections. One of them is showing that we even have content on US politics, and the second one is to raise the quality of debate. We want to be able to come in and encourage people to engage with us in an intelligent way. One thing we’ve been experimenting a lot with is Medium.

One of the reasons for doing that is because it gives us access to a highly educated, very engaged audience in urban areas across the United States with a higher income threshold.

We want to see if they’ll participate on that platform.

In terms of what our other plans are, it’s very much in line with what we did with the Brexit referendum campaign. We’re working in cross-functional teams, so Adam on our team is working very closely with designers, developers and editors and correspondents to design social native content around the US elections.

One of our most successful formats so far has been the what they say vs. what they mean cards that you see on Facebook and Twitter.

That’s an example of how we’re trying to innovate by creating content that is native to some of these platforms. And we plan to continue doing more of those.

What three pieces of advice do you have for publishers using social media?

The first would be, really understand what problem you’re trying to solve. Why are you doing it, do you have to be doing it, are you doing it just because everyone else is doing it? If the answer is yes, then you should be rethinking your strategy. For example, when we were experimenting with Pinterest and Tumblr, we tried to define our vision for it, we just failed.

This leads me to my second tip, experiment like crazy and don’t be afraid to fail.

The third one would be, work very closely in cross-functional teams with data analysts, correspondents, editors, and developers to innovate. There’s no point in blowing stuff up in a corner and hoping people will notice.

Especially, if you’re a legacy media organisation you do need to break down those physical and figurative walls between departments and work together to put the reader at the heart of anything you do.

How do you deal with the challenge of working with a team based in London, Hong Kong, and the US?

I overcome that challenge by having Slack on all the time on my mobile phone. We’ve got one person in Hong Kong, two people in DC and the rest of us are in London.

We’re all using Slack. Slack is revolutionary for us, it’s a great way to communicate across the different time zones. But still, it hasn’t been a challenge so far because our time zone overlap for the most part.

We’ve got coverage in each of the different time zones. Our person in Hong Kong is trying to build up our Asia presence, and likewise two more people in DC who are trying to give the US coverage a big push.