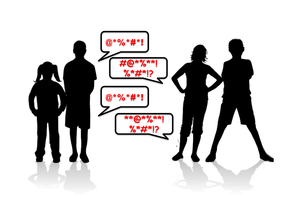 For The Star’s R.AGE youth journalism team in Malaysia, getting the right journalist into the conversation with its teenage audience is key.

“Because the team has grown significantly, we had to put in place some restrictions on who can reply to comments or give feedback on social media,” said editor Ian Yee. “We realised that it’s not something that comes naturally to everyone.”

“We’ve had some writers who just sound very curt online, and it doesn’t help keep the mood of the conversation where we want it to be – constructive but light-hearted,” he explained. “No PR disasters so far, but we’ve received some curt responses in return, so we decided that only senior writers and staff should respond.”

tackling more complicated projects, where there are serious ethical and legal consequences. [R.AGE won WAN-IFRA’s 2016 World Young Reader News Publisher of the Year award in part because of its excellent video work on serious subjects, notably an undercover report on sex predators who prey on children and teenagers through digital chat apps.]

“So far, I think we’ve navigated these murky waters very well over the past year,” Yee said. “We don’t get too many ‘disrespectful’ or rude comments, but we do get some very bigoted, sexist remarks which, to be honest, are quite easy to tackle. We usually explain why such comments are not acceptable in a very informative manner, and other people will naturally chip in and add to the voice of reason.

“I guess in a nutshell, it’s all about creating the right culture among your

audience. It’s like in sports – fans of certain sports (like soccer) have a rowdier culture, while tennis fans will hardly even get off their seats. Our senior staff are all experienced journalists and interviewers, so they know how to set the tone for the public discourse in our digital spaces.”

He acknowledged that the job is not easy. “It’s incredibly time-consuming because we can ge a few hundred comments when certain videos go viral, but the payoff is worth it when you see positive, constructive discourse unfolding on your platform.”

THE USA ELECTION – FIGHTING THE MAELSTROM OF MEAN

The nastiness of the discourse around the U.S. presidential election campaign has prompted four leading journalistic players in news literacy to try

“”We’ve seen much interesting discussion in the comments, with very few we’ve had to moderate out,” says Katherine Schulten, Editor of the Network. The network also published a related lesson plan that has a whole section on commenting: Talking Across Divides: 10 Ways to Encourage Civil Classroom Conversation On Difficult Issues.”

The Newseum is the museum and interactive centre in Washington DC that focuses on journalism and U.S. First Amendment freedoms (speech, press, religion, etc.). Its NewseumED division has long provided primary source materials to teachers in the form of news reports for teaching both history and current events, with special materials for presidential election years. “We felt we had to do something more this year,” said Barbara McCormack, the Newseum’s vice president for education.

The first result was Stumped, a set of resources to help U.S. teachers address the “often confusing, controversial and crazy presidential race”.  [The name plays on two meanings of “stump”: the old practice by candidates to give their speeches while standing on the “stump” left by a tree that has been cut down and being perplexed by something.]

The NewseumED resources concentrated on providing background to help students learn about election procedures, campaign messages and public participation. There was a special emphasis in materials (available to users who register for free on NewseumED) on helping teachers explore the mechanics and consequences when public participation goes viral via social media. The work starts with students organising a debate within the class based on primary sources.

After the election, NewseumED created another package of teacher resources, this time for promoting constructive classroom conversations. The goal was to allow all voices to be heard while offering an alternative to “flinging blame or disparaging the beliefs of the other half of the electorate.” The activities include ways to persuade others to join a cause and techniques for leading conversations about controversial subjects with students.

While some resources require registration, all are free.

PROVIDING HELP FROM A PRO

News-o-matic delivers news tailored for children daily via tablets and cellphones and encourages interaction via comments and up to 3000 drawings per month. Editor Russ Kahn noticed that children were incredibly passionate about the U.S presidential election. “It’s the first change in U.S. leadership most have ever witnessed, and it’s critical for them to acknowledge that liking the ‘other” candidate doesn’t make a peer a bad person’,” he said. News-o-matic had its staff child psychologist develop a series of tips to control those strong feelings, such as how to remain friends with someone who has such opposing viewpoints about who is the best candidate.

“It’s all in the name of reducing divisiveness and curtailing some of that rancor,” Kahn said.

HOW TO BELIEVE IT OR NOT

The American Press Institute has taken a slightly different approach, concentrating on helping young people decide what to believe in the first place.

API has its own solid materials for examining content online. For example, it offers, Six questions that will tell you what media to trust derived from the book Blur: How To Know What’s True in the Age of Information Overload by API Executive Director Tom Rosenstiel and Bill Kovach.

For a special pre-election activity, it has partnered Newsela, an education tech startup that provides news articles at five different reading levels.  Newsela created a media literacy toolkit and election ‘Text Set‘ for exploring facets of coverage and reaction.

API and Newsela ran a free webinar for teachers in October to help teachers use the materials. Moderators were Katie Kutsko, an API program associate who is the primary coordinator of youth news literacy programs, and JJ Janikis, team lead of educator communities at Newsela. The hour-long session can be viewed HERE.

The 2016 Global Report on Online Commenting has just been released by the World Editors Forum. It includes tips and best practice for managing comments. Download your copy free.