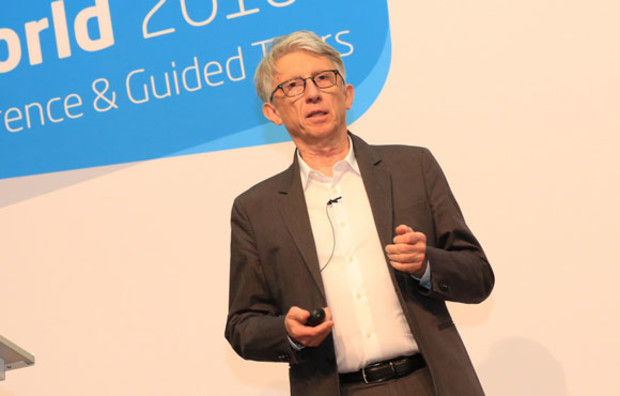 It’s no secret that vast amounts of both users and advertisers have ditched traditional news publishers in favor of the world’s largest digital companies. As Pfeiffer noted, “In 2015, Google and Facebook claimed 64 percent of the US digital advertising market.”

Wanting to claw back some of that audience and revenue is a natural reaction.

However, while the motivation might be straightforward, trying to plot a successful social media strategy is anything but.

Pfeiffer noted a number of the major issues that confront publishers on this front.

“The big problem on Facebook is the algorithm is heavily skewed towards interaction among users and not information,” he added.

Furthermore, multiple changes to that algorithm has left publishers confused and alienated. And Facebook is far from the only social platform making such sudden shifts. Just before Expo began, the tech and media website Recode ran an article headlined: “Snapchat is pushing its publisher content almost out of sight,” which stated that users would now see all of their friends Stories first.

At the core of the problem is essentially that “there is a basic incompatibility between social media and content,” he said.

However, the two sides seem destined to continue trying various methods of collaborating.

“The next thing is video: Facebook is very heavily invested in video and it obviously wants the publishing industry to follow. Live video is taking off enormously,” Pfeiffer said, noting that the social media giant is even paying some major publishers to create live video on its platform.

Coming along after video is virtual reality, and after that augmented reality.

“I think augmented reality will be even bigger than virtual reality,” Pfeiffer said.

Returning to the central issue, though, Pfeiffer said, the real problem is that “social media is all about algorithms while publishing is all about human creativity … however hard you try, you will never be able to automate excellence.”

Discussing “Best practices for leveraging social media platforms,” Frédérique Lancien, WAN-IFRA Global Advisory Consultant, noted the big questions in terms of which social media platform(s) publishers need to ask are: Does it fit my personality, my assets and my audience? We need to focus our energy on what is best for us.”

Beyond that, she echoed Pffiefer’s assertion that “We as content providers need to be human.” You don’t want your social media channels to look like they are being operated by a robot, she said.

Most importantly, she noted that it is essential for publishers to “think like a customer: Ask yourself Would I read it? Would I like it? Would I share it?