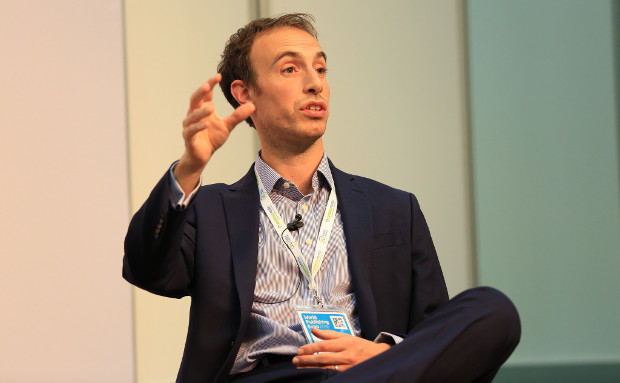 “We wanted to use VR because we think it can help us tell stories in a better way. Our philosophy is that we want to empower the audience. We want to let them make their own decisions, not tell them what they should be watching, not to tell them what they should be thinking,” Hooper told the audience during a VR session at the Digital Media World conference, which took place during WAN-IFRA’s World Publishing Expo in Vienna.

Use what you have

During the past few months, Euronews has been experimenting with 360-degree video, using only resources and skills already available to them.

“We already have a vast amount of filming and production skills, which is one reason we thought this is interesting to us,” Hooper said.

“We are not The New York Times – we are not going to send a million cardboard readers to our audience. We are not going build a special app just to show this virtual reality video. We are not going to recruit a team, have them sit in a nice office somewhere, give them a huge budget and say, ‘Go off and film some fantastic, beautiful one-off projects.’ We want to make two videos a week, and we want to do them inside of our current production flow.”

Since June, Euronews’ staff have shot approximately 35 360-degree videos in 13 countries, ranging from coverage of a recent protest in Hungary following the closure of Népszabadság newspaper to a piece on Pamplona’s bull running festival. Most of the projects had already been planned and budgeted for.

“We simply said to the journalists, ‘Take this 360 camera, go and see what’s out there, and if there’s something you think will work in it, use it,’ ” Hooper said.

One of Euronews’ staff works full-time on 360, and journalists hailing from 10 different countries have been involved in shooting the videos. Additionally, a VR expert was brought into the newsroom to lead training sessions on the skills needed to produce 360-degree videos, which were attended by about a dozen journalists, editors, graphists, and producers.

Journalists were encouraged to take 360 gear with them on planned shoots, which allowed them to experiment and make mistakes without any pressure.

“That’s been part of the learning process,” Hooper said. “The journalists who have been filming have been sharing with their colleagues what went right and what went wrong.”

Instead of using more technically challenging and expensive GoPro camera rigs, Euronews equipped offices across the world with fairly cheap Samsung cameras that can easily be transported.

“The quality is not as high as if you use one of these rigs but it’s a much faster process. We’re a news channel, we need to get things out within the day,” Hooper said.

“We chose not to build our own app because it’s a big gamble. We want to work with platforms that are already out there,” Hooper said.

Know what format you’re aiming at

Through lots of experimentation with the new technology, Euronews has come up with four different formats that work well for 360-degree video – “No Comment,” “Explainer,” “Debate,” and “Guided Story” – each of which comes with its own set of difficulties.

The No Comment format is a video without additional commentary, mainly used for visually pleasing and self-explanatory pictures. “No Comment can be difficult because you throw a user into the scene and they have to figure out what’s going on,” Hooper said.

The Explainer format includes a voiceover explaining to viewers what they’re seeing and what is happening.

Videos in the Debate format feature several journalists discussing a certain topic. “It’s quite a challenging format because you need everybody that’s in the video to be engaged all the time,” Hooper said. “You also need to let people know who’s talking and where the action is happening.”

In a 360-degree video that brought Euronews’ entire sports team together to discuss the UEFA European Championship, the journalists passed a football to whomever was speaking so viewers would know where to look.

The last format, Guided Story, uses multiple scenes of 360 and comes closest to traditional storytelling. “It’s probably the hardest to do,” Hooper said. “You need to edit it, and you really need to have a presenter who acts in the video both to show people what to look at and to talk and explain because it is very easy to get lost in these videos.”

The most important part of working with these different formats is to pick one in advance and stick to it during filming.

“You really need to know before you start what format you’re aiming at. You can’t film it in one format and then try and move it into another,” Hooper said.

Guide and help your viewers

While not all of Euronews’ videos feature a running commentary, Hooper says it’s important to always guide viewers so they get the most out of the experience, be it through a presenter they can follow around or through verbal signs.

“The audience gets a bit paranoid if they think there’s something going on and they can’t see it and might be missing it,” Hooper said.

“It’s a mistake to think it’s just about the pictures. The sound, the commentary are so important. It’s so important to anchor people, to explain to them, and you can’t do that just by throwing them in the middle of a 360 video.”

Although 360-degree video is a rather novel technology, the rules of traditional storytelling still apply.

“You still need a beginning, a middle, and an end to your video,” Hooper said.