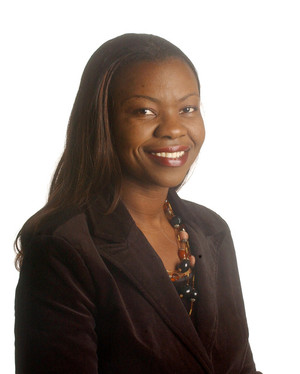 Jacqueline Charles has been covering Haiti since 1994. She’s based in Miami, but travels in and out of the Caribbean as a Haiti-correspondent for the Miami Herald. Her audience is both Haitians in Haiti, the Haitian diaspora in the US and beyond, and also non-Haitians.

Charles is very familiar with disaster reporting. Her team’s coverage of the 2008 tropical storms was recognised by the Pulitzer Committee, and she was one of the first foreign journalists to be at the scene in the aftermath of the 2010 earthquake.

Last week, Charles flew into Haiti just before Hurricane Matthew, as she planned to cover the elections that were supposed to take place last Sunday. In a Skype interview with the World Editors Forum, she critiqued foreign coverage of Haiti, reflected on her own experiences as one of few on-the-ground correspondents not working for a wire service, and made a case for the indisposable benefits of investing in veteran international correspondents.

The conversation is below, edited for length and clarity.

Q: How did you plan for the coverage of Hurricane Matthew?
A: The first thing as a journalist is that you need to be safe. I know some people went to Les Cayes, an area where they knew the storm was heading to, but I happen to know this city floods and to get out of that city can be hell. So, as a reporter you have to say to yourself: What is the use of being on the ground in the middle of the storm if you can’t file, you can’t get out, and you may even die?

I flew in with my hurricane gear – satellite phones, satellite hotspots, raincoats, mosquito stuff – and I went to the place where I normally stay in Port Au Prince. The first 48 hours I really didn’t sleep. I was listening to the local radio because people (who had service) were calling in to inform what is happening in their communities. So, I’m listening and following up on whatever leads you get from people. You hear it, but you also call the authorities, and you have to know who to call to confirm it.

Q:There are many different death tolls circulating in the media. What has caused this in your opinion, and how have you verified the information yourself?
A: Many outlets quoted the Associated Press, who broke the story reporting 283 deaths, but AFP, for example, did not quote that number. My sources are government officials, [I know] the right person to go to, to talk to, who has the information. So, I called the Minister of Interior directly and had him on video on Thursday saying there were 108 dead. This morning [Friday] I had the head of the Office of Civil Protection on the phone and she sent me their internal graphics on the death toll from the excel sheet which they use to compile the information of deaths and said their latest number is 271.

As a reporter, you’re always looking to break the story, but you have to put your foot down and say the only numbers we’re going to give are the official numbers that come out from the government, and we’re only going to speak with one voice. So, the way we [the Miami Herald] dealt with this issue with our story yesterday [Thursday], we said, the government official number is 108, but they acknowledge that number is likely to rise. And, other outlets may be reporting other numbers, but here’s what the Minister had to say about that.

Q: How can you be sure that the government numbers are accurate?
A: The same issue happened with the earthquake; US Aid said there were 40,000 deaths, other people said more than 200,000, the government initially said 300,000, and on the 6-month anniversary that was 316,000. The then presidential candidate was the one in charge of lifting the dead bodies after the earthquake. I tracked him down, chased him, looked at the log books, so that’s why I’m comfortable using their numbers. I was there; I saw the bodies piled up on the roadway. But this country has a problem in census data everywhere. And a friend of mine, a well-informed source, said that number is going to spike today because this is when the bodies float up.

Q: As so many international bureaus are closing, what can newsrooms learn from the Miami Herald still having a veteran international correspondent on staff?
A: There has been so much pushback on international coverage, but logic says we need to continue to do international coverage. And if you want to be smart about that coverage, you have to have reporters that are well-versed. I don’t know what agency sends a reporter [to Haiti] who doesn’t speak the language and they don’t really want to pay for a fixer, but then they are expected to produce a story? What kind of story is that going to be? It is going to be a talking heads story, and not from the people on the ground.

Q: What makes the difference when Haiti is actually your beat?
A: I have an advantage in that I’m actually Haitian, I speak the language, and I understand the nuance, which gives my coverage a certain kind of texture or flavour. It doesn’t mean that you have to be Haitian to do that. If you’ve been covering this country or a subject for a while, you start to develop that expertise. In newsrooms – because of the pressures – they need to hire cheap, perhaps young, and I understand that, but you still need to make an investment in veteran reporters in certain coverage. Covering the hurricane from Miami, that would not have worked.

An example: Earlier this year, with the election in Jamaica, they [The Miami Herald] decided that I was going to cover it from Miami. For the first time in my life, I called an election wrong. I talked to experts on the ground who all believed that the government was going to get kicked out. But after the fact, I knew that had I been on the ground, and had I been able to feel the flavour, I would have been able to say even though the experts were saying this, there’s also this possibility and here’s the reason why. You can’t get that being 3,000 miles away.

34 people are talking about this

Q: How do you feel about the international coverage of hurricane Matthew in Haiti?
A: It’s interesting. After the 2010 earthquake, all eyes were on Haiti. But, when that died down, people left. Every year around the anniversary, I did stories. But we have a whole channel dedicated to Haiti, where I consistently write about Haiti and do a variety of stories that are not related to the quake, just covering what is happening in this country.

What is interesting with this hurricane is that people all of a sudden remember that Haiti exists. In the last couple of days, I’ve done probably more than two dozen interviews related to Haiti, with the BBC, MSNBC, NPR. As a reporter who covers Haiti, I said okay great, finally, there is global coverage on it because it fell off the radar. But I know that after this storm goes, people will go back and do other things because globally, world news and global news is a business where news organisations have cut back.

We’re not rolling around in cash at the Miami Herald, and we have had to make cuts too. But we were still paying $6,000 a month for a house in Haiti so that our reporters have a place to stay and we can provide consistent coverage. We do the same thing with Cuba, Venezuela, and Colombia. Foreign coverage is our hallmark, this is what we do.

Q: Now that the hurricane has passed through Haiti, how will your coverage change in the aftermath?
A: Disaster coverage has a very short life. What you aim to do as a reporter is to find human stories that are emerging. Or, with regards to the humanitarian issue, there’s a question: Can this government really carry out a humanitarian effort itself? There is also an ongoing story about the elections: politicking in times of disaster. That story isn’t pressing in the next 24 hours, but while I’m here I’ll be gathering string, maybe next week if/when they announce election day I can roll out a story because my approach to coverage is more analysis-based.