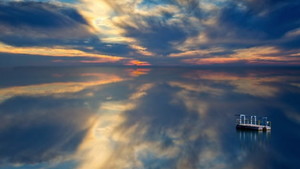 Facebook, Google, Twitter, and the “mainstream” media are all working through changing times as the US faces a transition of power.

Mark Zuckerberg has made headlines for deflecting accusations that Facebook was responsible for Trump making it to the White House. Facebook has come under scrutiny for its algorithm that can promote fake news stories without labeling them as such, but also creates partisan News Feeds on whose basis people draw conclusions about the world from people who think very similarly to them. Buzzfeed reported that Facebook employees are meeting in secret to form a task force to combat the spread of fake news.

The same day Twitter announced it would attempt to halt hate speech on its interface, it banned accounts associated with the “alt-right” movement and that of an alt-right think tank.

Wardle, who also works in news verification at First Draft News, weighed in on those and other media-related developments surrounding the election and what they mean for the future of the profession.

WAN-IFRA: What role do you think Facebook has in the way news is delivered, particularly surrounding major issues like an election?

Claire Wardle: Facebook has become a public sphere. I think that has caught Facebook off-guard. They didn’t necessarily get into this space in order to have that role – they built a technology platform that would allow people to connect with one another. However, people connect with one another around things that they care about. So they have become the number-one distribution mechanism for news, and so that’s why we’re seeing this tension right now, because people are saying, “you have this responsibility.” And they’re suddenly recognizing that they do. They’re trying to work out where their responsibility starts and ends. And I think all of us are working through these issues at the same time. I think historians will look back on this time and see it as a fascinating period when we as a society were trying to work out what role technology plays.

Is Zuckerberg taking the right approach by defending Facebook as a non-media company and therefore not liable to amend the way news is disseminated?

Everybody is talking about fake news, fake news, fake news. But there’s this spectrum of content, all the way from a Photoshopped meme to Macedonian teenagers creating deliberately fake news to gain clicks to the New York Times framing a story in a particular way that some people would argue is misleading. So there’s a spectrum between something we can categorically say is 100-percent false to this middle ground through to the parody or satire part of the spectrum as well.

So if we’re saying we want Mark Zuckerberg to decide what’s true or not, I have sympathy with him saying, ‘Hold on! This is complex.’ What he’s talking about is the complexity of the ecosystem.

I work in verification. I see news organizations posting incorrect content from the New Zealand earthquake – people posting old footage, not the footage from this weekend. We see news organizations circulating false content, and Facebook is now being accused of the same thing. But it’s a problem for the whole ecosystem, and I would like us to, as a whole ecosystem, think about how we come up with solutions – rather than simply blaming Facebook, who are struggling with the same issues that news publishers have struggled with for quite some time.

There’s deliberately fake news circulating on Facebook and elsewhere, but many people (including Trump) argue that “mainstream news” also is fake or slanted. Are they both equally challenging notions?

We have always lived in real life in social bubbles. So, what concerns me – and it’s a Facebook issue, but it’s also a life issue – is how do we understand each other when we are living in very different bubbles? Confirmation bias is one of the trickiest things. I saw a really interesting piece in the New York Times that said if there’s a headline reporting that Obama has deported more immigrants than any other president has – which is true – as a liberal, I do not want to click on that story because it does not support my world view.

You’re more likely to see false content circulating in right-wing spaces, but again that comes down to confirmation bias and choices of what stories and which statistics, and how you frame things – it’s not always as black and white as true/false.

Is Twitter taking the right approach in trying to find a solution to hate speech by suspending alt-right accounts? Or does that create a slippery slope of silencing?

I think Twitter and Facebook come from a very particular Californian notion, very American notion, of free speech. And for a long time Twitter would say, ‘We’re the self-cleaning oven – yes, false information circulates, but then people come out and very quickly say that’s wrong.’ I think that’s another point to make clear: We’ve always had inaccuracies in the press, but we had to wait 24 hours before a correction would be issued in small print on page 2. Now we have an ecosystem where false news can be debunked much more quickly. So that’s a positive that we’re not really hearing much about.

So going back to the Twitter case, I wish they’d come up with technology that allows false content to be flagged, so that when the content moves around on Twitter, the fact that it’s false also moves around on that content. If I follow the right people, I can see that it’s false, but that doesn’t mean my friends can see it’s false. So I think there are technical solutions to flagging false content, and I don’t think that should be for just Facebook or just Twitter.

As for the alt-right question, I do think communities can have standards. And I think if people are breaking those standards, in the same way we talk about free speech off the platform, we can live in America and have free speech, but if somebody comes up to me and spits at me and says “you hateful woman,” that is a hate crime.

So these platforms can ban people from behaving in a way that does not support the community, but they need to be transparent about their guidelines, and show how somebody has broken those guidelines.

And they need to – and they’re clearly responding to this now – have quicker and easier ways to report that kind of abuse. For a long time they were a bit deaf to the severity of these issues, I think because they were white men, so they weren’t seeing it themselves, but I think they’re now recognizing that this is a huge problem for them.

The president-elect, media, and democracy

Recently, Trump tweeted negatively about the New York Times, saying they’re dishonest and that they quoted him wrong. What does that mean to have the president-elect oppositional to certain types of media? What does that do in a democracy that honors freedom of the press?

I think the bigger issue about Trump saying the things that he’s saying is that he lives in a country where the freedom of the press is enshrined in the Constitution. And to have the president-elect making that kind of public statements about any news organization is ridiculously problematic.

When he tweeted that on Sunday, I just couldn’t believe it. It’s in the Constitution, there is freedom of the press, and for him to have that very simplistic, bullying type approach is very scary because he does have the power to give people press credentials.

Journalism is about holding power to account, and if, as president, he is going to publicly malign one newspaper and not give credentials to other newspapers and other news organizations, that is a real threat and a real concern for citizens of the country.

Does that change the role of journalism under a Trump presidency?

I absolutely believe that news organizations have got to change. I think they would say that they were going to do that anyway, but their role has to be investigating power and investigating what’s happening, and that has always been the role of journalists. But I think it’s going to become more difficult to do that, which means that people will have to work harder to get to stories that could potentially be easier to hide.

Could it be that the media and journalists now are trying to make up for some shortcomings during the election season?

I think there is a recognition that during the primary season, which is notoriously difficult to get people’s attention around, this year there was a man with very high name recognition who was saying outlandish things, and they very quickly saw that by covering him they were getting traffic. Because we now live in a metrics world where you can immediately see that. But I think most journalists, if they were polled, would’ve said, ‘He’s never going to get through the primary season, never in a million years’. So they thought, ‘We’re just having a bit of fun’. But then the penny dropped, obviously, when he became the nominee, and some of the investigative reporting was astonishingly good, amazing.

But I think that was also a response to, ‘We should’ve done this earlier. We should have uncovered these stories about Trump University, about his harassment of women, about his taxes – we should’ve done that in the primary season so that he did not become the nominee. We’ll never know if those stories would’ve made any difference earlier, but you never know.’ I think that’s what journalists are now saying: ‘We potentially fell asleep on our posts, and we potentially let something happen’.

Do you think the profession can become better because of this?

Yes. I think this is going to cause a lot of reflection within news organizations, within social platforms, within even journalism schools. I think the whole industry will stop and think about what it’s covering, how it’s covering it, how it’s responding to audiences’ needs.

I think there will be a number of ways the election will impact the industry, and I think it will be in a really positive way. I think for the last two years we’ve been just focused on the technology and the business model, which I understand, and they are absolutely crucial. But, I think we lost sight a bit of the story and the role of journalism, and I think this last week will put that back front and center. And while the other things are still important, I think the absolute mission of journalism has gotten a bit lost.