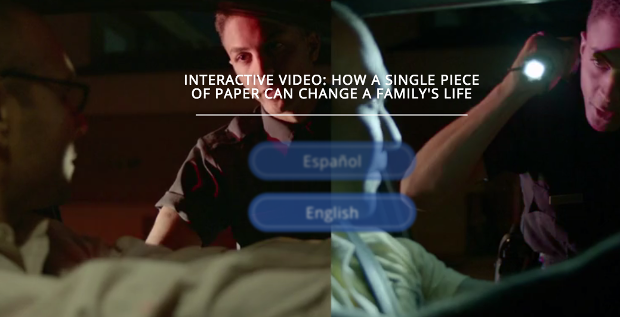 During the first nine months of this year, Univision’s videos garnered 1.1 billion views across its website and social media platforms. Finding the right workflow and suitable storytelling formats to cover news was a key part of the legacy broadcaster’s digital transformation.

“We have identified four rhythms when it comes to breaking news. We know how to use them and which teams to deploy when it happens,” Colón explained during her presentation on Wednesday, the final day of the conference.

Using the 2016 Orlando Massacre as an example, she illustrated how the digital video team proceeds when news events unfold.

When news broke that a shooter had opened fire on visitors of a gay nightclub in Orlando, Florida, on 12 June, Univision broadcast images of survivors exiting the club while a team made its way to the scene.

The second step of the workflow involved social video, with one of the outlet’s most prominent news anchors, Jorge Ramos, sharing information with viewers via Facebook Live en route to Orlando.

Additionally, relevant TV content was selected and published on online channels to continuously update the audience on key developments.

A month later, the coverage of the event was topped off with a 14-minute documentary, featuring interviews with survivors.

“Once you have the right workflow, it’s about the formats you use,” Colón said.

In Univision’s case, these include:

Given that many newsrooms may not have the resources to produce such a wide variety of formats, Colón stressed the importance of forming partnerships.

“You might think you can’t do it yourself or you don’t have the technology, but you can partner up. You don’t have to do everything on your own,” she said, adding that Univision Noticias teamed up with a Bolivian organisation to shoot drone footage of dried-up Lake Poopó, the country’s second largest lake, to produce a video on how the local community was affected by its disappearance.

Another type of video Colón outlined was an interactive piece on the lives of both a documented and an undocumented immigrant family, which gave viewers the option to switch back and forth between the two different versions.

“You shoot the exact same thing with the same people and the audience has the ability to choose the perspective. You’re probably going to get the same user watching the video three times,” Colón said. “You can do a million things with this, it’s just about finding the story you can tell with this format.”

Univision Noticias has also been experimenting with newer technology. During the US election night, the team produced 360-degree videos, placing reporters in Trump’s and Clinton’s camp to capture both sides’ reactions as results came in.

Lastly, as part of an investigation into the cruise industry conducted with the Columbia Journalism School, Univision Noticias produced an animated video centring on a girl experiencing abuse as a passenger on a ship.

“She didn’t want to show her face, so we illustrated her testimony,” Colón said.

Figuring out where to publish

Once it has been established which formats work best, it is all about figuring out where video content is going to live, Colón explained.

“This is really important for legacy companies because companies like BuzzFeed, for example, are social first. But legacy companies have a business model they have to play with,” she said. “You have to be where your audience is, that’s a reality for us. But we also have to make it work on our own platform.”

To ensure viewers access content on Univision Noticias’ own platform, special pieces, such as immigration lawyers answering viewers’ questions, exclusive interviews or recaps, are published on the website first, with a link to the content shared on social media. After 24 hours, the pieces are uploaded to social media platforms as native videos.

“It’s a win-win situation for us in most cases,” Colón said.

In line with other news outlets’ approach, the organisation creates short, text-driven videos for Facebook, as 60 to 80 percent of users on the platform watch video content with the sound off, according to Colón.

By publishing videos on Twitter, reporters can set themselves apart from the competition, Colón said, adding that the video of the Iowa caucus coin flip – captured by one of Univision Noticias’ reporters – was widely shared and picked up by other news outlets.

This is how the #IowaCaucus works. A tie is solved tossing a coin @HillaryClinton wins 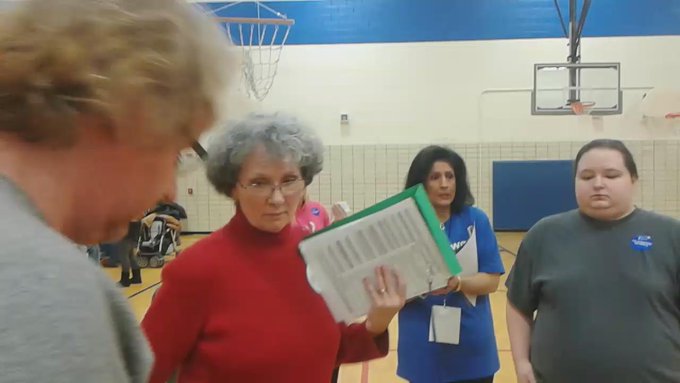 4,134 people are talking about this

Her team also produces Snapchat stories, though she said she didn’t think it was necessary to be present on that particular platform all the time.

“Some people might say don’t just do TV on Facebook, but it works for us. It works to do digital first but it also works to do TV. But it depends on which events,” Colón said.

One event that proved suitable for this approach was the US election night, during which TV news were connected to Facebook Live, with the stream gaining around 14 million views.

In 2017, her team will focus more on a daily newscast simultaneously broadcast on Facebook Live, Periscope, TV and Snapchat at noon.