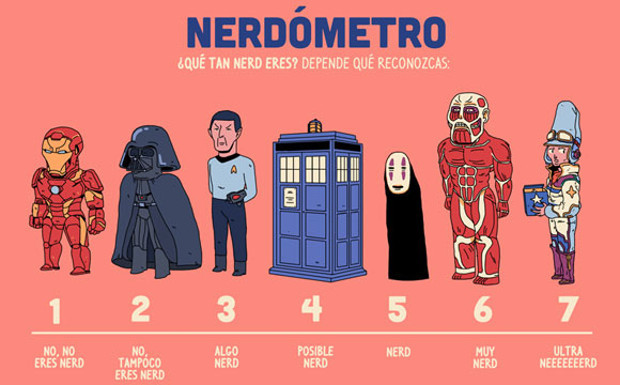 Pictoline, a purely visual media company targeting millennials, is the brainchild of illustrator and graphic designer Eduardo Salles who launched the startup along with co-founder Gustavo Guzmán roughly 14 months ago. (Salles will share the Pictoline story during the upcoming Digital Media LATAM 2016 conference in Buenos Aires.)

Using a wide variety of sources, Pictoline’s team transforms data, news, and text into entertaining and informative illustrations and gifs — so-called “bacons”, as the company’s logo is a pig — which are published on social media platforms as well as on its own website.

“The new world is totally visual, everything is consumed fast, you have to get it fast, and you have an overload of information,” he said.

“We’ve seen that newer generations are consuming everything with images, visually, in a new way. So we decided that instead of trying to get the information out like you would in the old times, we put it in that new context. That’s how Pictoline was born. We tried it and it worked.”

While becoming so popular in such a short time frame is an achievement in itself, the founders care most about the company’s strong user engagement, which won them a World Digital Media Award for Best Reader Engagement.

On average, Facebook posts garner around 20,000 likes and are shared around 15,000 times, with users leaving hundreds, sometimes even thousands, of comments below each illustration. Tweets are usually retweeted around 20,000 times, and Instagram posts are liked about 8,000 times on average.

“Creating high audience engagement is a very obvious thing for me — you have to create value for the user,” said Salles, adding that startups and tech companies have long grasped this concept.

“If you create value, if you solve a problem, people will start finding you useful. They will find you and engage. It’s going to happen. For me, it’s not necessarily a matter of using video or using images or doing it this or that way. It’s about trying to understand the user, finding a need or a problem they have and trying to address or solve it. And if you do that, you’re going to create value for the user and for you.”

So the natural question is: What does the business model look like for such a venture, which is entirely funded by Guzmán at the moment?

“We are still polishing our monetisation plan; it begins in March,” he said, adding that it will definitely entail producing graphic content
for brands, and that companies have expressed interest in advertising with Pictoline.

In early December, the company also published a book featuring its most popular illustrations from 2016, retailing at 350 Mexican pesos (roughly 16 euros).

In line with its millennial target audience, the company opted for a distribution strategy built for social media platforms.

“Our model depends on being on every platform the people are (on). It’s very important to understand the new generations, how they consume information. You need to go where they are, you can’t oblige them to come to your platform,” Guzmán said.

This approach also sets Pictoline apart from media companies using social media platforms purely as a means to drive traffic back to their website or to convert users into subscribers.

“What we do differently is we don’t measure the site, we measure image performance. We know how the image is performing on different platforms,” Salles said.

Adapting to changes in information consumption

On average, the team of about a dozen designers, illustrators, and developers publishes five posts per day on each platform. Some are designed to be more on the entertaining side while others focus on breaking news events, or are aimed at answering scientific questions.

The decision to cover a wide variety of topics stems from the duo’s belief that users are interested in all kinds of content, and that their news consumption habits have changed along with the transformation of the media landscape.

“I think there’s an old media way of thinking about what content to select and what people really want to know. You have that format of having different sections in the newspaper, like politics, technology or sports. You have that fragmentation because you believe people consume content that way, but they don’t consume information like that nowadays,” Salles said.

To make sure no inaccuracies make their way into a post, a network of experts from different fields help out with fact-checking prior to publication.

“We’re living in an age where information is everywhere and it’s difficult to know what to believe, to find out which information is trustworthy and which isn’t, so these double-checkers are an amazing help for that,” Guzmán said.

“They do it because they like it, they share our value about sharing information with the world. A lot of traditional media companies don’t want to explain difficult stuff because they think people don’t understand it. But it’s not about that. It’s about finding a good way and a good format to explain it.”

When Pictoline first started out, its content was more focussed on topics relevant to the Mexican community. But the concept soon caught on in other Latin American countries, prompting a shift to more open content.

Analysing and improving the posts’ performance is an ongoing process, with the team going through large amounts of data to gain insight into user behaviour.

Currently, illustrations are only produced in Spanish but Pictoline is increasing staff by 50% in preparation for the launch of Portuguese in December this year, followed by another language in May 2017, which hasn’t been announced yet.