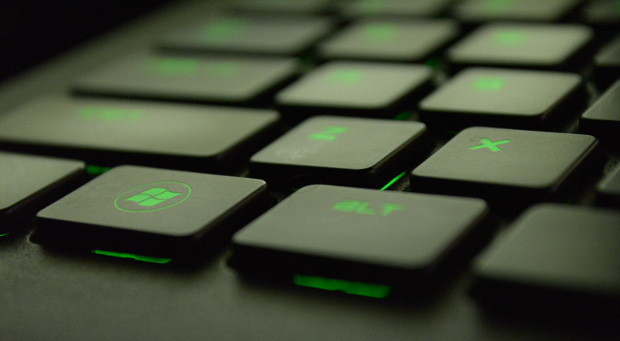 I’ve shared my thoughts on this issue before, but when I saw an announcement from an editor of a daily US newspaper to ban comments, I couldn’t help myself – I had to respond, again.

In his commentary, the editor said he really does want to talk to readers and have community conversations, but that they would have to been done through “letters to the editor” ─ not exactly the open community-based conversation today’s participatory news consumers want and expect.

But these decisions are never based on serving the needs of readers, because as some media professionals believe, most readers are “idiots”.

In a recent opinion piece, the editor said he actually agreed with some online commenters over a local city issue and that it “scared the daylights” out of him. He referred to those readers as our “learned online peanut gallery”.

If readers are such idiots, what does that say about your content if they’re the ones choosing to read it?

“Learned online peanut gallery” is an interesting choice of words, don’t you think? Let’s dissect that a bit…

The editor’s unashamedly public insult of his audience (which one can only assume he thought was a witty form of sarcasm) reminds me of a quote from The New York Times bestselling author, Cassandra Clare, “Sarcasm is the last refuge of the imaginatively bankrupt.”

This move to ban comments certainly isn’t consistent with what that same editor preached two years ago when he wrote that what was needed on the Opinion Page was a spirited and healthy dialogue – something he said could not happen if folks were muzzled. Obviously he’s had a change of heart after being the target of subscribers who don’t agree with his personal opinions and biases.

Now to be fair, he does have a way with words. His post is somewhat amusing, poking fun at a few of the criticisms he has received over the years from readers. But what isn’t funny is his double standard when it comes to commentary on issues people care about.

Reading through a number of his editorials (which wasn’t easy or enjoyable given the constant interruption of intrusive auto-play video ads spread throughout the page), it was pretty clear that the author doesn’t hold back on sharing his personal views about certain people in business and politics – views, that if written by one of his readers, would probably have been moderated out for name-calling and personal attacks.

Sadly, this newspaper isn’t alone in treating readers with disdain. More and more newspapers, magazines, news sites, and even radio stations are holding on to their “sacred right” to publish monologue journalism. Sadder still is the fact that a third of journalists are strongly opposed to responding to comments in any manner, seeing it as outside their journalistic role.

In today’s age of participatory journalism, it is shocking that there still exist publishers who believe the mantra of “free speech” is only for the entitled, and that “editors know best” when it comes to what’s fit to publish.

Thankfully there are media executives that treat readers with respect and work hard to create an environment that encourages dialogue among them, editors and content creators – publishers like The Times, Financial Times, The Guardian, The New York Times, The Washington Post, The Information, T3 and Forbes magazines, to name just a few.

For example, in addition to their support of The Corel Project with The Washington Post, The New York Times announced in September that they were partnering with Google Jigsaw to create a new moderation system for reader comments, because, “Times readers have spoken, and we’ve been listening: You want the chance to comment on more stories, and you want your comments approved more quickly.”

Financial Times also values the input of its audience. It has an 11-person team that use comments as a tool for engagement because they believe readers “are entitled to being part of the quality conversation and what the community has to offer.”

Interesting how some of the most successful media companies in the world are listening to their readers and acting on their needs, while others who take the path of least resistance are actually accelerating their own digital demise.

I can’t help but wonder what they think their role is in society? Few would argue that mainstream media is expected to keep governments accountable, but isn’t its role also to educate and bring knowledge to people?

Failure in the mission to improve society

But, if you deliver that knowledge with the assumption that readers are idiots and they’re not going to change, then you’ve failed – you’ve failed in your mission for the betterment of society. Now there are some publishers who don’t subscribe to that mission, seeing their primary role as serving the financial needs of shareholders, at whatever cost. But that’s not the media that I want or expect in a healthy democracy.

Sure, managing a community is not easy, but nothing worth having ever is. Recently I read about a niche faith-based site that had 80 volunteers and four employees whose only job was to moderate comments and encourage civility. The investment they made in their audience provided huge payback in terms of intelligent and enlightening discussions among their readers.

But what was really interesting was their ingenious strategy on managing trolls. Banning them didn’t work, so instead they encouraged them to continue their tirades on special message “dialogue and debate” boards. There, they could rant and rave to their hearts’ content, while more respectful discussions continued within the main article. Brilliant!

The days of one-way journalism are over and if publishers don’t wake up to that fact and start connecting with readers the way they want, then there won’t be anyone to connect with at all.

Today, trust in media is at an all-time low as more and more readers hold publishers accountable for their words and actions.

If you want to truly thrive in a publishing world that’s being rewritten from the ground up, it’s time to come to the table and listen to your audience, especially when you don’t want to hear what they have to say. Because as Adlai Stevenson said so well, “The first principle of a free society is an untrammelled flow of words in an open forum.”

The power funnel is inverted and people, not publishers, hold all the cards. You can’t beat them, so you might as well embrace joining them. Open your digital doors to your audience before it’s too late and they get slammed in your face.

Nikolay Malyarov is Chief Content Officer and General Counsel of PressReader – the largest all-you-can-read digital content platform with a growing list of over 5,000 newspapers and magazines. Known for his thought leadership and vision, Nikolay offers provocative commentary on future trends in publishing at major international events. He frequently contributes to prominent global publications, exposing what’s between the lines on topics such as audience development and user experience, content distribution and monetisation strategies. He holds a Master of Arts and Juris Doctor degrees from the University of British Columbia.

The opinions expressed in this guest post are his own and do not necessarily reflect WAN-IFRA’s views.

The World Editors Forum recently released its 2016 Global Report on Online Commenting, which contains information on online commenting strategies and best practices from 78 organisations in 46 countries, and features examples of news organisations succeeding in promoting constructive conversations with their audiences.

The report is free of charge for members and non-members alike.