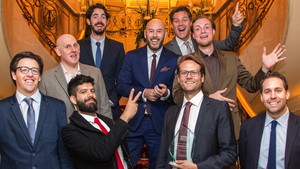 The newly-published WAN-IFRA Report “Best Practice in Digital Media” provides a behind-the-scenes look at how these publishers, nine in all, covering 10 categories, hatched their ideas and strategies, planned their execution, involved their audiences, and in most cases, helped the bottom line.

The World Digital Media Awards recognise publishers who have created ground-breaking digital products, services or content for their engaged audiences. The winners are drawn from WAN-IFRA regional Digital Media Awards in Europe, Asia and Latin America and for the first time this year in India, the Middle East and Africa.

Here are just a few takeaways from the new report:

Publishers often launch products with the idea of reaching a specific target audience. In the case of Germany’s Die Welt, the Axel Springer-owned publisher already had an established, successful tablet app, Welt HD, but decided to relaunch it with a completely new design and content. Developed by WeltN24, the Springer subsidiary, the new app was road-tested by a focus group from its core audience.

Said Welt Edition Product Owner Birger Venn-Hein: “We had some pretty radical ideas in the beginning. … I have to say, it can be a bit of a painful process at times when you realise that what you have in mind as a news expert isn’t necessarily what the users actually like or want to have. We had to alter our course quite a bit and accept that our users may not want such radical changes, especially considering that Welt HD was such a popular product.” Obviously, the WeltN24 team eventually got it right.

And bring that audience great UX

That seems so obvious – but it can oh so wrong too often. Each of these projects resonated with their audiences for a number of reasons, but each winner clearly prioritised user experience and kept in mind the people to whom the project was addressed.

Laurence Topham, video producer for The Guardian, took a page or two from his well-known “Firestorm” video project from 2013, which examined a catastrophic bushfire in Tasmania, when producing last year’s “Building the Bomb” exposé, which won Best Use of Online Video honours.

Said Topham, “I think a big part of what I learned from Firestorm was that unlike when creating a traditional linear documentary, there is a long process towards the end of your production where you have to do user testing… really factor in time to account for people who, in that initial round of testing, might go, ‘I don’t get it. What bit do I click on? Why is that coming up here? Why doesn’t that work?’ Because if you… come up with all these amazing ideas and don’t let it out and see what other people think, you’ll get to a point where you hit ‘publish’ and no one will know how to get to point B from point A.”

Naturally, most special projects of this magnitude require extensive planning – but others seemingly evolve on the fly. That was the case for Argentine daily Clarín’s election messaging app on Telegram, a less-known platform than the likes of WhatsApp or FB Messenger. “I met with two or three guys from the newspaper and said, ‘We have to do something. So let’s do it on Telegram, and do it now,’” said Juan Marcos Bouthemy, mobile editor at Diario Clarín. “And we started with not much of a plan. … It grew organically. Not according to a grand plan, but rather a piece at a time.”

“… Always focus on the quality, credibility, creativity and innovation of your content. Each person should find their own voice and stick to that. If one does not compromise on those elements, traffic and revenue growth is assured.”

> The report is free to WAN-IFRA Members and for sale to non-members.

We were thrilled to have the report supported by our technology partner, Adwonce, a leader in advertising solutions for news media companies.