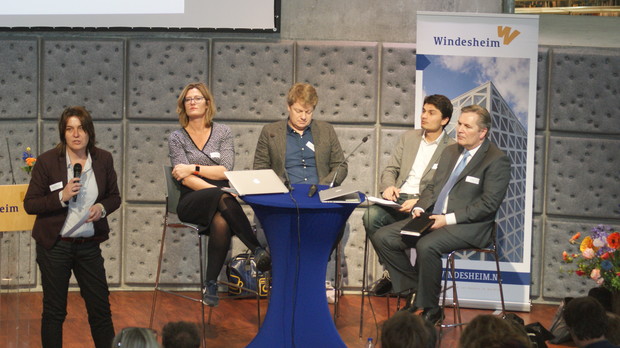 Constructive journalism diverts from incidental reporting to systemic coverage aiming to provide a more accurate picture of the world. While it may sound rule-breaking to some journalists, this type of reporting has a hint of activism, as it adds a future perspective to the usual critical reporting. Instead of looking at a “diseased” model, it sees the world as a “well-being” model with a focus on solutions that could lead to societal progress. It is by no means a happy news show, but a way for journalism to strengthen engagement from citizens.

While still an emerging approach, it has caught on in newsrooms around the world. Examples of constructive stories are The Economist’s article on managing the migrant crisis, Vox’ coverage of Cuba’s lung cancer vaccine and The Guardian’s “Keep it in the ground”-campaign; an unprecedented reporting-based campaign that goes way beyond journalism by calling for readers to take action in overcoming climate change.

But rather than one-offs, constructive journalism should be seen as an integral mindset to journalism that requires a change in newsroom culture. The US-based Deseret News, Dutch crowdfunded The Correspondent and many north-European and Scandinavian regional newspapers have done just that. Their journalists are encouraged to add to their stories a more productive perspective about the future, and society’s ability to get there. While scepticism on the approach remains, these news organisations report positive responses in terms of readership, community building, and business.

Friday’s conference was the first in the world to bring together those practising and/or curious about the movement. It was held at Windesheim university in the Netherlands, which created a hub for the so-called “cojo”-approach last year – supporting research, establishing a network, classroom teaching and encouraging experimentation in the field. In January 2016, it appointed Cathrine Gyldensted, a pioneer in the field, as the Director of Constructive journalism.

Here are five takeaways from the conference:

1) How to – practically- apply constructive elements to journalism?

The easiest way to get started is to add the “Now what?” question to traditional reporting with any story – here is the problem, now what will happen next?  Doing this allows journalists not only to proactively look for solutions in daily stories but also to approach power, “victims” and experts in a different way so that it encourages them to collaborate on finding solutions.

Co-creating stories is a major aspect of constructive journalism. Rather than seeing readers merely as content-consumers, it engages them to invest and share their knowledge to become part of the journalistic process. In this line of thought, it makes sense to run series rather than just one-offs, enabling more in-depth coverage. Series-based storytelling is one of many successes for The Correspondent that led to a significant increase of engagement among their members.

“Readers are the most untapped source in the history of journalism,” said Karel Smouter of the Dutch crowdfunded The Correspondent. It has become habitual for the platform to start every story with a call to readers. A series on the overload of administrative tasks in the Dutch health care system got a huge response from The Correspondent-members that were doctors, insurance agents or had other involvement in the issue. Keeping editorial independence, the result was a correspondent-led, crowd-sourced series of reporting with very high engagement from its members.

Martha Riemsma, Editor-in-Chief of Dutch large regional newspaper The Twentsche Courant Tubantia explained how integrating the constructive journalism mindset in the newsroom led to local newspapers becoming a platform for the community to find solutions to problems. Citizen outreach on recent flooding brought to light the severity of the issue and has led to huge engagement as well further discussion on how to solve the issue.

Imagine you’re running a story on the invasive lionfish on the coast of Florida, you could have a look at how the Caribbean islands deal with the same issue, or how society dealt with other invasive species before. The solutions story tracker database enables journalists to easily find solutions to problems they’re covering from other parts of the world that may be applicable or already exist back home.

Solutions-oriented journalism, a practice within the broader movement of constructive journalism, encourages journalists to report on such solutions. It shares ideas from around the world and aims to inspire citizens to implement them. Some critics point out bias when reporting solutions, but the constructive journalism approach sees it as a way to resist cynicism which undermines the empowerment of the public.

4) Instead fearmongering and negative news, make readers feel they can take action

Climate change stories are a notoriously hard sell to readers. The problems are complex, they don’t change much from day-to-day, scientists are too vague or nuanced and even the solutions are often long-term. Who wants to read stories that leave you feel helpless, or even scared? And if the stories aren’t read, why are we even writing them?

“If we’re not covering it then it is almost impossible to expect our leaders in democratic societies to prepare people for the uncomfortable choices that they are going to have to make in order to save the human race,” said Alan Rusbridger, who led the Guardian’s “Keep it in the ground”-campaign.

Collaborating with activists, engineers, political and environmental editors, Rusbridger decided to shake things up a little going from reporting to campaigning. Instead of calling out the “bad guys”, they would target the “good people” by giving them ways to take action; for example, by calling for readers to stop investing in the companies with the worse practices environmentally, and by crowdsourcing authentic videos and letters from their readers to send to their boards of trust.

Journalism in itself is not a business model, and it never has been, concluded the panel discussing the business case for constructive journalism. The aim, according to Doug Wilks Deseret News’ Managing Editor, is to generate revenue around the publication that provides enough resources for the newsroom to do valuable journalism. To stay in business, newspapers need to build a community in as many ways as possible, and that that’s where constructive journalism can play a key role – by increasing relevance and adding value.

Organising events came up repeatedly as a valuable way to build a community, in particular for regional and local newspapers. Troels Mylenberg, who is heading the Danish Jysk Fynske Medier, which has 12 newspapers and 67 weekly’s and five radio stations has its newspapers create events for subscribers almost on a weekly basis. As well as community-building, it is a great source of stories he said: “Readers who used to be sceptical about our publication, have now started constructively contributing to our journalism.” According to Mylenberg, their biggest newspaper has turned readership losses into growing readership thanks to constructive journalism initiatives.

Recordings of all session will be made available soon here: http://constructievejournalistiek.nl/