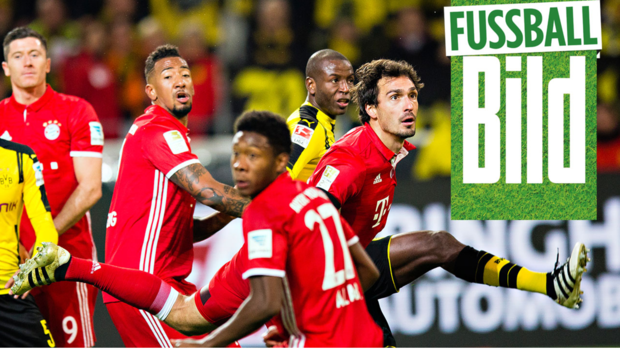 After test runs in Munich and Stuttgart, Fussball Bild, launched throughout Germany on Friday, 20 January. Fussball Bild is published Monday through Saturday in the format “Nordisch Tabloid” (40 cm x 28 cm) with 32 pages for a price of 1 Euro. The initial print run is 300,000 printed copies. Additionally, Fussball Bild is also available as e-paper on fussballbild.de and in the iKiosk of Axel Springer SE.

“The nationwide launch of Fussball Bild is a dream come true. Up until now, our editors have almost been a little envious of Spain, Italy and France where daily sports magazines have been around for many years. Now we finally want to give football Germany what it deserves: a daily newspaper about royal football.” — Matthias Brügelmann, deputy editor of Bild and editorial director of Fussball Bild.

In time for the start of the second half of the season after the winter break, Axel Springer announced it had added a famous figure to Fussball Bild: World champion and fan favourite Lukas Podolski will be the exclusive columnist of the football daily.

“Aubameyang ‘Never to Bayern’ ” reads the headline of Springer’s new football daily.The first edition of Fussball Bild also features a ranking of the 50 most beautiful goals in the history of the Bundesliga. In 50th place is Mario Basler scoring a goal direct from a corner kick during the 1994/95 season.

Fussball Bild summarises the football coverage from the central sports editorial team of Bild in Berlin, the 23 regional Bild editions and the Bild online edition.

Using content from all of Bild’s platforms as well as exclusive formats such as daily columns, sports puzzles, infographics, posters and reviews of historical moments, the editorial department creates a new offer every day, Springer says.

In an interview with German media platform Meedia, Brügelmann says that Fussball Bild now has the opportunity to regionalise coverage and content for the respective clubs, fans and readers in five areas.

The daily is printed in Springer’s three plants in Ahrensburg (near Hamburg), Berlin-Spandau and Essen-Kettwig as well as in two external sites in Mörfelden-Walldorf (near Frankfurt/Main) and in Munich.

The marketing campaign for the football daily was created by newly-founded agency Jung von Matt/Havel with support from JvM/Sports.