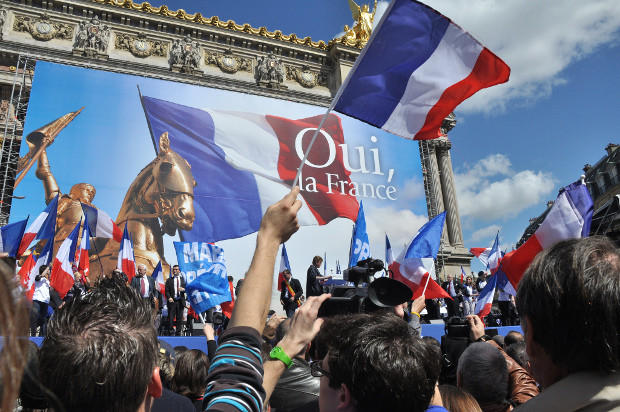 Almost 80 percent of French people think the media will play an important role in the upcoming presidential elections, and 74 percent expect news outlets to provide them with verified information, according to a study published last week by newspaper La Croix and Kantar Public.

An opportunity for news organisations

This is good news for French media outlets, given that the same report states that trust in the press among readers is dwindling. Only 44 percent of respondents say they find information published in newspapers reliable, the lowest number since 2003, and down 14 points from 2015 and 7 points from 2016. This puts the press slightly ahead of TV, which 41 percent of people deem trustworthy. Radio is considered the most reliable source, with a slight majority, 52 percent, saying they believe what they hear to be true.

Thus, news outlets meeting readers’ demands and expectations for accurate and fair news coverage during the election might lead to a much-needed boost in trust.

Many French news organisations are taking steps to avoid a repeat of what happened during the US presidential elections, when fake news stories spread like wildfire on social media. It has even been argued that was what tipped the scales in favour of Donald Trump.

Today it was announced that seventeen local and national newsrooms in France, including AFP, Buzzfeed News, Les Echos, Le Monde, Libération and La Voix Du Nord among others, have joined a collaborative journalism verification project dubbed CrossCheck. Created by First Draft and Google News Lab, it will launch on February 27th.

By engaging in this joint effort, newsrooms across the country are hoping to swiftly debunk hoaxes, false claims or rumours surrounding the presidential election, and to verify content circulating online.

Each partner will bring their own experience, resources and knowledge to the table in a bid to ensure accurate reports reach both French nationals and citizens abroad.

At the same time, the public will be encouraged to participate in the project by submitting questions or links to sites and content CrossCheck should investigate.

On top of that, selected students from CFJ and Science Po Journalism School in Paris will receive training to use a combination of pioneering newsroom technologies and advanced search techniques.

A variety of tools will be used as part of the project, including Spike, NewsWhip’s technology for spotting and predicting breakout stories and viral content, Meedan’s Check, a collaborative verification platform, or Le Monde’s Le Décodex.

Décodex, designed to help readers identify fake or unreliable websites, went live just last week. The daily’s fact-checking unit “Les Décodeurs” reviewed more than 600 websites, including blogs, Facebook pages, and Twitter accounts, and classified them according to their reliability and accuracy. Most of the sites in the database are in French, but it also includes a number of international ones.

Using the Décodex search engine on the site or the browser extension available for Chrome and Firefox, readers can find out how trustworthy a site is with the help of a colour-coded system. Green stands for highly reliable pages, sites marked in yellow should be read with caution as they often contain unverified information, and red means a site regularly publishes false information or completely fabricated stories. On top of that, satirical sites are marked in blue, and sites that can’t really be considered a source in grey, such as Facebook’s or Twitter’s main page, for example. Users can flag sites that are not yet part of the database, which will then be reviewed and added.

The team behind Décodex stresses that the classification of a site has nothing to do with its political alignment, only with whether or not articles meet standards in terms of truth and accuracy.

Décodex is rounded off with a Facebook bot, which, when asked, tells users whether or not a site is reliable, helps verify or debunk specific claims based on keywords, and gives access to resources on how to spot and deal with fake news.

Another member of the project, left-leaning paper Libération, has been ramping up its long-standing efforts of holding politicians accountable for what they say, and helping readers manoeuver their way around false information. In addition to publishing a higher number of articles on “Désintox”, a site aimed at verifying and fact-checking political claims, which was launched in 2008, the publisher also created vertical “L’Oeil sur le Front” in November, dedicated to Marine Le Pen’s right-wing party, the National Front.

In one of the more recent posts, titled “No, Le Pen did not really withdraw the death penalty from her programme”, the team counters “exaggerated” reports by several news outlets claiming that the party leader had, in fact, changed her stance on restoring capital punishment.

While Le Pen did say in an interview that she wants to replace the death penalty with “proper life imprisonment” in her manifesto, she also announced plans to give voters the power to launch popular initiatives on social issues if they are able to gather 500,000 signatures in support. This means that if enough people back the death penalty, it could still be reinstated.

While “L’Oeil sur le Front” is dedicated to the National Front, merely focusing on the right side of the political spectrum might not be enough, according to the head of digital at the publication, Xavier Grangier.

“We need to make sure we are checking politicians on the left and the right; otherwise, we won’t be trusted beyond our own readers. It’s complicated, but we need to break that bubble,” he told Digiday.