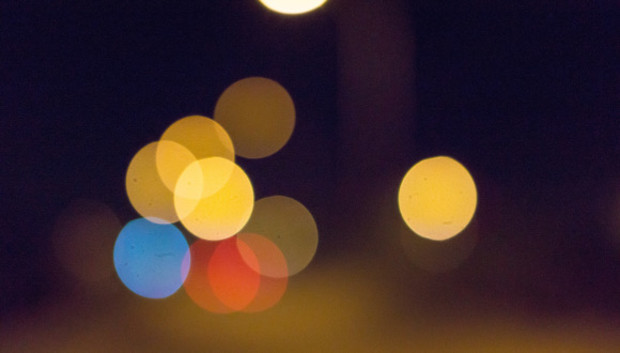 [Editor’s note: The second half of this post has been slightly revised. It has also been expanded from the original version to include several paragraphs of new material at the end.]

The damage is done. The recent political shake ups towards populism in the hyper-connected western world contains a powerful sub-text: the failure of traditional news media to transform its business and retain a sustainable and meaningful role in the digital world.

The issue of digital transformation has been on the desk of the leaders of every single industry for the past 20 years.

Since the emergence and democratisation of digital technologies, everything that could be digitalised was digitalised. Everything was produced, stored, multiplied, distributed and consumed globally for a marginal cost that tends to zero.

New tools came into play, empowering everyone in the system to become active actors, creators, consumers and distributors of value. Technology affected everything, and the digitalisation-friendly nature of content made the media industry the best candidate for a profound disruption.

Traditional media reacted to the first wave of digital disruption by embracing it as a straight forward, no-brainer, incremental opportunity.

The internet became the contemporary version of the Wild West frontier to conquer. New digital channels opened new markets and new ways of reaching the audiences.

The investment in technology was huge. An industry used to control the value chain from beginning to end, from production to distribution, moved to digital by replicating the same model, building their own complete business framework and employing hundreds of engineers and fancy tech consultants to fill every gap.

The bright side of this tech-centric approach is that it ignited the exploration of new ways of delivering content. In the race towards product differentiation, new formats emerged, breaking up the old walls of media disciplines and inventing new ones.

This was mostly an optimistic process driven by the digitalisation of tools, processes and channels, it didn’t really transform much. Media was understood as the business of producing content in a more efficient way and distributing it through existing and new channels, trying to make money in the process by building a paywall or selling “eyeballs” – now enriched by data – to advertisers.

But as the digital world matured, the challenges became exponentially more complex, quickly forming a second wave of disruption, a wave that is already breaking on top of traditional media in the shape of a deadly tsunami:

The conclusion is that media has been un-mediated, it doesn’t own the very medium that named the industry, and joined an uneven fight for the scarce resource of people’s attention, a battle in which digital native predators have an evolutionary advantage.

The consequences of losing the control of the relationship with the audiences extend well beyond the realm of business.

Due to the personalised and atomised nature of media consumption through social platforms, news media is progressively ceasing to be the main interpreter of social and political reality.

The algorithms decide what appears in people’s social feeds; relevant content sources get mixed with pictures of our friend´s kids, aspirational quotes, conspiracy theories, videos of cats and more importantly, news that behind the appearance of seriousness, are capable of constructing parallel universes that fit very well inside our personalised reality bubbles, a small, customised world built around our own prejudices.

What business are we in?

Without relying on exogenous factors, we can find a bold explanation to the situation we are in: By rushing into the digital world, news media had mistaken the definition of its own business.

What if the business of the news media is not based on the monetisation of big volumes of internet traffic but on the capacity of building trust, influencing society and endorsing world views?

By confusing digital transformation with digitalisation (of tools, channels, processes) whole industries are at risk of misunderstanding the challenges of the contemporary world.

All business strategy is digital by definition, because digital is not about software, is the mind-set that defines the world that surrounds us.

We cannot talk of digital strategy, we have, instead, to define our whole business around the nature and rules of the digital world.

Digital transformation is no more than the capacity of an organisation to define and commit to its purpose and materialise it in a brand new, digital context.

If that is the right approach, we should look back to the very foundation of the media industry, to re-visit the very reason behind the motivation of audiences to establish and maintain a trustful and lasting relation with the news brands. We may be able to transform our business just by focusing on rebuilding its influence by using every tool, channel, technology, talent and cultural model available.

Its all about imagining a future in which we can claim back for Media the role of the lighthouse that every society needs. The question is not how to optimise the performance of our existing model, but “how to be important again,” how to inspire, influence, communicate, control power, validate truth, expand opinions and become a significant, meaningful driver of an open, democratic and healthy society.

Forty years ago, Ortega Spottorno, one of the founders of El País said: “My endeavour was to contribute to the creation of a more European Spain, more cultivated and more free.”

This is what our business is about.

The change is accelerating. Against uncertainty, the purpose-driven approach to digital transformation is particularly relevant in preparation for the new challenges that quickly are arising in the horizon that may transform even deeper the very nature of media. New disrupted forces are in place, when the role of traditional media is more critical than ever.

Blockchain technologies have the potential of creating a completely disintermediated architecture that will allow ways of create, publish and monetise content without the need of a centralised management system. There’s a straight forward analogy between the blocks that are currently used as crypto-currency and the units of content that compose the media ecosystem.

As far as we learn about how to assign value to those content units in a reliable and consistent way, we can start thinking about how individual content creators can monetise the ecosystem by themselves with no intermediaries. The question here is: what would be the role of news brands in this scenario?

Meanwhile, let’s think about how a news brand will behave when you strip it down to the very essentials. This is what the mix of Artificial Intelligence and conversational interfaces will bring to the world in the next few years. We can imagine a news brand that is reduced to a voice that reacts to people’s commands, behaviours and preferences.

As Google claims, the new way of thinking will be “Machine-Learning first,” systems that adapt to people in real time based on smart, complex and self-learning algorithms.
In relation to the media industry, the paradigm will become: “Whoever controls the algorithms, controls the way people understand and relate to the world”.

Maybe the future of news brands is to become an Artificial Intelligence, an algorithm that puts people in the centre, with the main function being to help audiences to understand, comprehend and discover the world in all its complexity, learn, develop opinions, contrast facts, get inspired and become critical, active citizens.

Let’s make sure that we are in charge of driving this transformation, otherwise someone, or something else will.

Alberto Barreiro is an expert in the field of Digital Media, Creative and Design Strategy with nearly 20 years of international experience as entrepreneur, consultant, teacher and team leader for companies like Yahoo!, ITV or Grupo Prisa.