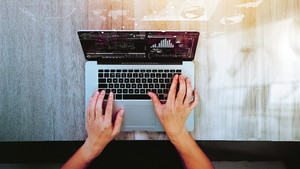 This post by Jonas Ibsen Brynildsrud was originally published as part of Schibsted’s Future Report and is reprinted here with the company’s permission.

Since The New York Times launched its in-house content marketing department, T Brand Studios, in 2014, publishers all over the world have followed in similar fashion, producing and distributing content on behalf of advertisers.

Commonly called native advertising or branded content, it has been the subject of much debate in the media industry. Nonetheless, even the most conservative of publishers are jumping on the bandwagon.

At advertisers, content strategies are becoming as commonplace as the word “synergy” in management consultants’ PowerPoint presentations. At Schibsted, publications were quick to launch branded content departments. One of VG’s first content marketing pieces was an article for movie distributor Nordisk Film and its film “The Wave.” The article quickly generated more than 300,000 page views, both from VG.no and from viral traffic. Considering that the population in Norway is 5,000,000, that number is staggering. While we don’t see numbers like that every day, they are not unique, either.

Users visit online news outlets to be updated, informed, inspired or engaged – and do so by reading, watching and listening to content, in some form. Thus it should come as no surprise that branded content click rates are outperforming those of display advertising.

Time spent on articles and completion rates on videos are comparable to figures for editorial content. Articles shared on VG’s Facebook account usually gain the same reach and engagement as expected from editorial posts, in some cases even more. There is no doubt as to whether users accept the branded content format. In this age of user experience, branded content clearly fits the bill.

Transparency has been the main talking point so far – but it shouldn’t be. First of all, labeling the content should not be difficult, at least not while we adapt a new format over time. Second, there are no incentives not to be transparent; in fact, the whole purpose for the advertiser is that the reader connects the content to the brand. While it will remain fundamentally important, expect transparency to be less talked about as publishers improve their labeling standards and users become more used to branded content as a format.

Seen from a publisher’s business perspective, branded content is basically all about leveraging competitive advantages.

Publishers are experts at storytelling and at distributing content to their audiences. Branded content is a publisher doing what it is best at, but in another format. It is a business model that plays to your core competences.

For advertisers, building brands by telling stories makes sense too. A 2015 Boston Consulting Group study found that 60 percent of Americans do not believe traditional advertising is based on facts. That sets off alarm bells for any advertiser: How do you sell your products to an audience that does not trust you?

At the same time, 96 percent of the respondents said their trust in a brand increases when the brand tells them something without trying to sell them something.

If there is one thing the content marketing trend has shown us, it is that brands, too, have every chance of telling great stories.

Matching a brand’s expertise with a publisher’s storytelling and distribution is by all means a good combination.

As long as user experience remains uncompromised, with clear labeling and good content, branded content will continue growing. Users get more relevant ads. Advertisers get a great way of communicating with their audiences. And publishers get a profitable business model. Everybody wins.

Choose an appropriate situation, and cooperate
When choosing where to distribute your message, make sure that it is where your audience is and that it is the right context for your brand. You also need to find out what type of content works best in the context – including topics, language, length, and structure. Successful campaigns are born of successful collaborations between publisher and advertiser.

Dare to be customer-centric
Instead of thinking primarily about how your ad is going to drive sales, think about how this piece of content is going to meet the needs of your potential customers. What content can you provide that will interest, inform and provide value to your audience, and leave them wanting more?

Don’t talk about yourself
Don’t promote your company too much, but tell a story to achieve your goals. Native ads that have an inside-out perspective, or try to close a deal straight away, rarely work.

Be transparent
Make sure the users understand that it is an ad that they are clicking on. Taking shortcuts only leads to bad will for all parties involved.

Have patience
Native advertising is a long-term commitment and investment. It seldom pays off quickly. Campaigns are usually most effective at putting your brand top of mind, not driving immediate conversion, although there are exceptions.

Think like a reader
Last but not least – ask yourself if you would click on the content? Would you enjoy consuming it? And would you even share it with your friends? If you cannot say yes to at least two out of those three questions, you still have work to do.

Jonas Ibsen Brynildsrud, CEO, VG Partnerstudio, has been working for Schibsted for four years. He is inspired by “first-movers.”