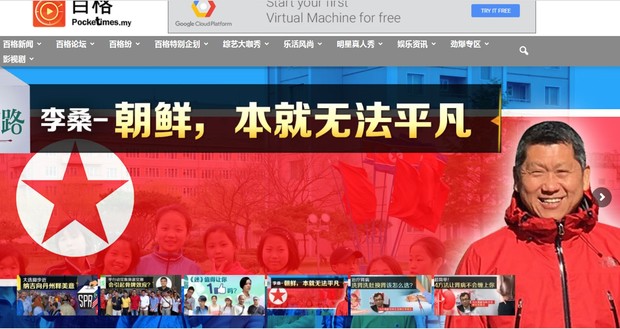 As demand for online video surges to record highs, two Asian newspaper stalwarts have developed their own popular digital news offerings, each in different formats and platforms.

After seeing its audience consumption habits shift rapidly to mobile, the nearly 90-year-old Chinese-language Sin Chew Daily in Malaysia, the largest-selling Chinese-language paper outside Greater China with a daily circulation of about 400,000, made the bold move to launch pocketimes.my, a fully mobile online video service. Since 2014, it has produced thousands of videos, mostly in-house.

VJ Search was an integrated marketing solution in the form of a three-week bootcamp for 10 finalists vying to be a Pocketimes.my host. The four-month-long sponsored campaign involved seven roadshows across Malaysia and was widely cross-promoted in the newspapers and digital platforms.

Looking further north, South Korea’s most widely-read newspaper, Chosun Ilbo, has turned to virtual reality (VR) to grab the attention of its flagging Millennial reader demographic. It launched a VR unit in December 2015, comprising a director, two team members and one intern. Because it has no production personnel or equipment, it outsources production to VR partner Pocket Memory. Each three-to-five-minute clip costs upwards of US$2,500 to produce.

According to Hyo-Seop Shin, head of the 96-year-old newspaper’s Digital News Division, which is pioneering VR journalism in South Korea, the story remains at the heart of every VR project. Stories are selected based on news values, whether they are 360-degree friendly, and whether they are in hard-to-access places. The team’s most popular story so far has been the behind-the-scenes construction of South Korea’s Lotte World Tower.

(See another recent story of ours about Chosun Ilbo here.)

“It was one of the first three VR stories we did. It was freezing cold and we had many accidents while shooting, but seeing Seoul cityscape from the highest building in Seoul was unforgettable. It was the best user experience through VR!” said Shin, whose team had to contend with strong winds, a broken lens and batteries that stopped functioning in the cold.

When it comes to launching new products, Nicole Wilke, TechCrunch’s head of product, has a slew of progressive product strategy tips and approaches to offer. She urges managers to evaluate their strengths and weaknesses against the backdrop of challenges faced by the industry, prioritise goals in terms of whether they involve high or low effort and seize opportunities. Such opportunities for TechCrunch and its big sister, Wired.com, include:

Drawing from the experience of both Wired.com and its predecessor, HotWired, the first commercial content site on the Internet, which launched in 1994, and later how their print and digital newsrooms, tools and processes were integrated and editorial and sales efforts synergized, Wilke had this reminder, “Execute brilliantly. Keep your team focused so that you can achieve big wins, maximize efficiency, validate big bets early and often with testing.”

Such a strategy has enabled Wired.com to win four Webby awards including for best magazine site, make its website load twice as fast, achieve a 71-percent increase in mobile traffic, and establish the online publication as a leader in high-impact, beautiful advertising.

A special event dedicated to New Content Formats for Millennials will take place on 5-6 July 2017 in Jakarta, Indonesia. For more details, click here.