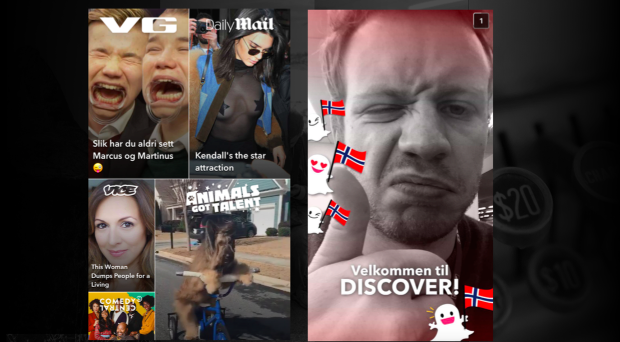 Ultimately, VG.no and its mobile counterpart were spun back into the main VG operation once profitable. Three years in, VGTV is still operating as an independent business getting closer to financial sustainability, CEO and Editor Helje Solberg told us in late February. Regardless, VGTV is quickly becoming a reference for video strategies within the industry.

Although technically a separate company, VGTV is actually located in the VG newsroom, and working closely with the organisation, says Solberg.

“That’s hugely important, geography. So, when there are big news happening, we are part of the VG team.”

In this interview, Solberg tells us about the move to establish video as a separate business, VGTV’s content strategy, and what she thinks needs to be done in order to improve the video experience for users.

At this year’s World News Media Congress (7-9 June) in Durban, South Africa, Solberg will also give a presentation on trends in video, and take part in the Women in News Summit, which profiles and celebrates stories from women in media.

WAN-IFRA: Why was VGTV turned into a separate business?

Helje Solberg: The numbers are too big to ignore. Video is essential for VG to succeed in maintaining and strengthening our position as the largest online news site in Norway. One example is the terrorist attack in Belgium last year when we documented a major breaking news story with live images before still images for the first time. And now, this happens again and again. People expect that we provide live images of major news stories, and we see that we are moving towards a more visual society.

We are experiencing a fundamental shift in how news is consumed.

Millennials, our future, are clearly attached to their smartphones. All visitors of social media have a preference for video and enjoy a conversational tone, dynamic feel, and visuals. Millennials are no less interested in news than any generation before them, but unlike you and me, probably, they see the world more through video.

So, it was just obvious: we needed to make a move more towards video, and we have also had success with making independent companies. First with VG.no, then with VG mobile, and now again with VGTV. It gives more focus to be an independent company, and it’s easier to focus solely on video. Eventually, we’ll be integrated back in with VG. We don’t know when but it’s obviously going to happen at some point.

Before launching VGTV as a separate unit, how would you characterise VG’s or VGTV’s video prowess?

VGTV did great things before 2014 in terms of video, and we did have a strong video position. But it was a fairly small division within VG. But we had, for instance, ”Fanthomas”, which was a series that was hugely popular in Norway. So, VGTV was, in many ways, very successful also prior to 2014.

Generally speaking, what’s working content-wise for video for you?

With VG, news, sport, and entertainment are the pillars; and it’s the same for VGTV. And for a brand like VG, it’s definitely all about news, breaking news. That is the most important part of VGTV. People in Norway are very interested in breaking news.

We have about 25 million started streams a month on VG’s platform after pre-rolls, which is quite a lot in a nation with five million people. In addition to that, we also have, of course, traffic on Facebook and so on.

Live is a priority for us. Of course, it’s ‘keep me informed, what’s the latest news,’ – that’s our value proposition. News is the core; it’s the most important thing we do. For example, during the US election day, more people followed our live coverage than read the most-read article about the election on VG.no. We see that quite often. There have been some big (court) trials in Norway this year, and people are following us there (live) quite a bit.

What works well with live video?

For a brand like VG, breaking news is hugely important. Also, anything about culture, and what’s happening in the US has drawn a lot of interest. Again, news, sport, and entertainment are the pillars…

What has worked for us is you have to start with something compelling. People have a short attention span, so you have just a few seconds to catch people’s attention. Usually, context is important, but that might not be the most compelling thing in a story, so don’t start with the context. No teasing. Nobody will share a video if they feel cheated. It needs to be relevant but compelling, even though the sound is off. We also use graphics, maps, symbols and animation.

How does some of that translate to your social media strategy/distribution?

What works well on VG’s platform, of course, might not work well on Facebook or some other platform. But since the end of January, VG has been on Snapchat Discover, the only media brand from the Nordics with a channel there. We (at VGTV) are the ones who work on that.

Obviously, we have more experience than VG doing Snapchat videos. But it is a good place to learn and experiment with what makes a good video on mobile. We are there mainly to learn, gain insight, experiment, and explore, but, naturally, also to reach a younger audience. What gives value with Snapchat is that it’s a pure mobile interface, and we learn a lot from that. What will be important for us is to use that insight and translate that onto VG’s different platforms. I think that’s going to be hugely important for us in the months to come.

So far, numbers are very good regarding the audience. But it’s still early days. It remains to be seen how difficult it will be to monetise (on Discover).

Six full-time VGTV employees are working with a daily edition featuring 11 stories, and we also send ads to the edition. Some of them are made in-house. The test period was sold out within two weeks, so the market has responded very positively.

If you went into any newsroom around that’s similar to VGTV, or to VG, what do you think are the two or three things that they are prioritising around video? Is it social media, like Snapchat or Facebook Live? Is it 360-degree video?

What I’d like to point out is something we’re working on quite a lot for the time being. In order to connect with the younger audience, we need more engaging and efficient storytelling. We have learned that the future of news is not an article but a combination of text, video, animation, graphics, and social media. This is important. Social platforms are changing how users expect to consume content. We need to integrate video much better in the news journey. News stories need to be looked at as one story where different types of storytelling are mixed seamlessly.

Today you have two big video trends: there is the so-called pull-based video, which means that users go to the platform to watch the video. And then you have push-based video, where the users go to a platform to get updated and served a video seamlessly. That’s Facebook, Snapchat and Instagram. While pull-based video is Netflix, YouTube, etc. In order to give this more seamless user experience, we need to combine the click-to-play model with a more push-based video experience.

I think that’s essential to succeed on mobile because what we see is that even though people use mobile more and more, we are not growing sufficiently on mobile, on video. And the user experience is just not good enough. It takes too long to get to see the video. You have to click one, or two, or sometimes even three times in order to get to the video, and then you are met with a pre-roll that’s not always good enough.

So obviously, there has not been enough innovation in terms of video ads. Bad video ads can indeed result in bad editorial video results.

For us, in-house expertise has been essential to make more user-friendly media ads. We need to push more user-friendly ad formats to the market, and that is partly shorter pre-rolls. It’s certainly possible to tell a good story in six seconds, but it needs to be done right.

So, you have a sort of an in-house branded content team that works on these ads with your advertisers?

Last year in VGTV, we created two video journalist positions and moved them to the commercial team to work on making better pre-rolls. They have also been making some of the Snapchat ads we have on Discover. We tested a couple of versions of ads: One is 15 seconds, and one eight seconds. So, we made a shorter version ourselves, and then asked the users. They liked it. The likes of the message increased by 9.4 percent while understanding of the message went up 16 percent. So, the commercial products need to focus much more on storytelling, on digital platforms, especially on mobile.

What can you say about your revenue streams?

We have some distribution revenues. That’s because we also have also a linear TV channel. It’s small, it’s profitable, because we have some distribution revenues, and that gives us revenue we would not have had otherwise. And we use those revenues to invest digitally. Apart from that, we grew our revenues by 22 percent last year, so we are satisfied with that. And that’s, first of all, pre-rolls. That’s the most important revenue stream, but we also do sponsorships and native advertising.

What parts of your video content are perhaps behind a paywall, or VG Plus?

This year – it’s very new – we put our documentaries behind the paywall. We experimented with this in the fall, and we saw that there was quite a bit of interest to pay for documentaries. Magnus, our documentary about the world chess champion, has given us more than 4,000 subscribers, which is a good number. So since the middle of February, most of our documentaries, about 250 really high-quality documentaries, are part of VG Plus, the paid content part of VG. The numbers, so far, are very promising, I would say. But it’s still early days.

As mentioned above, Solberg will speak at the World News Media Congress, 7-9 June in Durban, South Africa.