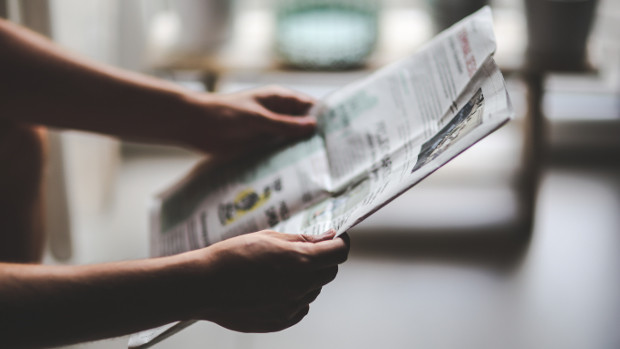 (This post was originally posted on Steve’s blog at MediaReset.com)

As the relentless decline in ad revenues empties more and more newsroom desks, there’s been a little-noted side effect: Waning commitment to locally written editorials (leaders in the UK).

Nobody seems to be noticing, and that’s a shame. In this and probably a future post, I intend to make the case for strong local opinion-writing as a key element of community journalism.

In the local media business, we like to think that our brand has immense value. I believe the thoughtfulness and impact of our editorials plays a huge part in creating that value.

Terabytes of commentary already have been written about the loss of reporting positions. The fear is that civic coverage and watchdog reporting are withering away, leaving communities vulnerable to abuses by unmonitored bureaucrats, politicians and corporations.

Just as important, in my view, is the loss of outspoken civic conscience and advocacy from editorial pages.

In the ideal world, good reporting is the first step, and powerful commentary based on those facts is the second step.

In the real world, however, penetrating reporting on crucial community issues is far too rare at most newspapers, and getting more so. And good editorial-writing derived from this kind of coverage is even more endangered.

Among U.S. newspaper companies, editorial-writing has too often been seen as an obligatory side dish, like comics and the advice column. The view is that people expect ’em, so we gotta get somebody to write ’em at the lowest possible cost.

In a hilarious column 30 years ago or more, purporting to explain what newspapers are all about, Dave Berry parodied this view by defining editorial writers as people who have two or three strong opinions every day, and are paid to write about them.

My experience as an editorial writer was different.

It started in my first week as a full-time beat reporter at my family’s newspaper, fresh out of journalism school. My dad informed me that — in addition to covering communities and school districts — I would be writing one editorial a week.

Just as my father intended, the assignment gradually taught me the importance and the value of good editorial-writing.

As a reporter, I learned the workings of the community. As an editorial writer, I learned to view the community with a very wide scope, with a genuine dedication to getting at the things that would make it a better place to live, work and raise a family.

I came to understand that the most important editorials we could write were those that unraveled community issues with a combination of facts and logic borne of a desire to raise the common good.

At most papers, editorial writers love to spin out erudite-sounding essays or irate polemics about the latest controversies in Washington. I wrote local editorials because that was what I knew, and because that’s what could make a difference in our community.

Today, small-town editorials on national or international topics are all but useless. Readers have fingertip access to vast amounts of commentary by brilliant and deeply knowledgeable thinkers around the world. What can a small- or medium-market editorial pundit add that hasn’t already been said?

But on local subjects, a local editorial writer can make huge contributions. At my family’s newspaper, I learned from my father to step back from the minutiae of daily local coverage and scan the local scene for what was missing, what wasn’t working, what was needed. That drove our editorial commentary.

As I gained experience, I developed an editorial style that strove to get every reader from the opening paragraph all the way to a strongly stated conclusion.

I would start by framing the issue in terms just about everyone could agree on. Then I would add facts and their interpretations in a carefully chosen linear sequence. I would take readers, step by logical step, to a conclusion they might have rejected if I had beaten them over the head with it at the top.

Be transparent and consistent about it

At our paper, to put our editorial mission out front, we produced an “Editorial Platform” each year. It consisted of seven to 10 “planks,” or important community issues we intended to advocate. For each plank, we would state what we saw as the needed progress for the year.

The subjects varied from year to year, such as infrastructure needs, quality of education, transportation, parks, intergovernmental disputes, health care, transportation, attracting employers and so on.

We would end the year with an editorial assessing progress, or lack of it, on each plank. And the following week, when we introduced the new year’s Platform, some planks would be dropped, some added and some modified.

This exercise sharpened our sense of what issues needed special coverage during the year, and of where our coverage of routine governmental decision-making needed to go deeper.

Hearts beating for the community

Of course, our paper was a single, stand-alone, family-owned operation. My grandfather had begun the sense of editorial responsibility to the community, my father followed and developed it, and I took it still further.

We lived in the community we covered, and we thought about its progress in years and decades, not just months or quarters.

Back then, I often wondered how chain-owned newspapers could generate the same kind of deep commitment to community health and long-term progress. I still do.

In those cases, whose hearts beat every day for the health and future of the single community? It falls to local publishers and local editors, but the resources are dwindling steadily, and corporate commitment to strong editorial voices is diminishing.

Ownership of U.S. newspapers is increasingly concentrated under financially-driven corporations, and newsrooms are being hollowed out more and more under pressure of declining revenues.

I believe that spirited, fact-based advocacy of crucial community changes and outcomes is an essential element in keeping a local audience engaged with local journalism. Reporting alone — and most of it routine — is not enough.

If there’s a business model to support a strong, community-centered editorial voice, we need it, and we need it right now.

is Vice President of Strategy and Innovation at Morris Communications, Augusta, Georgia, USA. He is a former managing publisher of The Christian Science Monitor. From 2005 to 2009, Gray led Newspaper Next, a three-year innovation project of the American Press Institute that worked to identify new opportunities, technologies and detailed business initiatives for the newspaper industry.