These are some figures that back up the company’s reputation:

As part of an upcoming WAN-IFRA Report, “Tracking Transformation,” we interviewed more than 25 executives and staff (some former key stakeholders) across Schibsted to identify what makes the media group so unique and successful. The oversimplified explanation is its inherent culture of constant innovation and daring. Case in point: some at Schibsted told us that 2017 will be one of the most transformational years in the company’s history – and that’s saying a lot.

Rian Liebenberg, Chief Technology Officer for Schibsted, agrees but goes a step further. “I would say it will be our most transformational year if you look back, but look forward and we would say that in 2018 that 2018 will be the most transformational year in our history, and we will say the same thing again in the year 2019 and 2020 …,” he said. “And the reason I say that is given the exponential rate of change around us, not just within Schibsted but everything around us. … I just don’t think it’s a kind of a one-time exercise where we get this done and then we can all sit back. This is going to be a continuous cycle for us, and it’s going to effectively become the new norm.”

Actually, that has been Schibsted’s trump card over most other news orgs for quite some time: it’s not in the company’s DNA to “just sit back” and wait for the next bump in the road to trip it up. As former Aftonbladet Editor-in-Chief and current Senior Advisor to Schibsted Sweden Kalle Jungkvist told us: “We were always too nervous to stick our heads in the sand like many other news organisations tend to do when it comes to the next great challenge. We have always been pretty good about identifying that challenge – and attacking it.”

It is that innovative spirit, among other reasons, that Liebenberg, the one-time Google tech executive, said attracted him to join Schibsted in 2014. And he came with the clear mandate of scaling up the company’s tech activities. From London, Liebenberg oversees Schibsted’s global tech hubs that are located in Barcelona, Krakow, London, Oslo, Paris, and Stockholm, alongside distributed teams that work closely with various local brands and companies spread over 30 countries.

In less than two years, Liebenberg has hired 500 tech staff. Throw in developers spread across the companies’ classifieds, publishing and growth businesses, and Schibsted has some 1,400 developers in all at its disposal.

Indeed, Schibsted has made no secret it is doubling down on tech and product development as a core part of its stated strategy to become a true global player that can even compete with the likes of Google and Facebook in its core businesses. In other words, the next great challenge.

“I would say the technological developments we are seeing are really rewriting the rules for competition,” Schibsted CEO Rolv Erik Ryssdal told us in December 2016. “And I would also say that whereas media houses and newspapers used to be a lot about classic core competences – of course, especially to have good journalism, to have good salespeople, and so on – there is a new core competence you need to master, and that is product and tech development. The same applies for our classifieds business. It’s really what we need to master and be at the forefront.”

One major result this year has been the rollout of the unified Schibsted Media Platform for the creation, distribution and monetisation of content for all of its newsrooms. As of mid-March, VG (Verdens Gang) in Norway was the last title to migrate to the platform.

Impromptu All Hands in our @SchibstedGroup London office with @rryssdal. Amazing how quickly it has grown up! 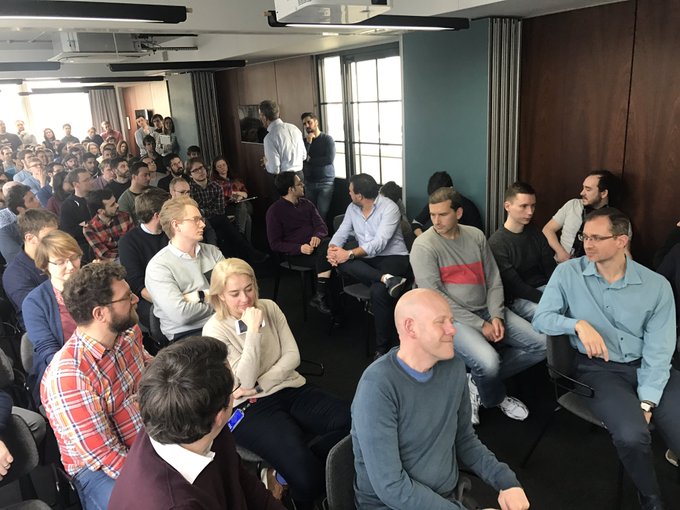 On the advertising front, Schibsted has partnered with AppNexus to deliver a full ad platform “to leverage both guaranteed and programmatic buying behaviours, and also deploy customised ad products that complement our brands and their positions in the markets in which we operate,” said Liebenberg. Schibsted also has developed the Audience Targeting Engine for ad targeting, using the wealth of data the company collects, particularly from its single log-in platform and technology.

It’s the mix of tech-savvy newcomers like Liebenberg, young talent fresh out of post-graduate studies who the company cultivates through its long-standing management trainee programme, and strong veteran leadership that keep Schibsted disrupting itself. The company started reorganising globally last year, moving to a classical matrix structure so it could better scale its tech and product development – in other words, bring a bit more discipline to the decentralised autonomy that actually drove much of Schibsted’s success the past couple of decades.

A lot of local autonomy

Ryssdal said, “We have a history of being a very decentralized company, where there’s a lot of autonomy with the local management. That gives you a lot of advantages. It gives you local management that is really empowered, very proud of their brands, and  able to be responsive to what’s happening in those respective markets. That has been a great success for Schibsted.”

He continued, “However, going back to what I said about the basis for competition changing into technology and product as perhaps the most important differentiator, then I think everyone intellectually realises that it’s not a very effective way of competing. For instance, it probably doesn’t make sense to try to create the same products in 20 different places for classifieds. So I think everyone in the group understands the rationale. There’s a good buy-in for that. But I think it’s certainly a challenge to implement it.

“With any change like this, the big thing you’re really coming up against is the culture (of the past) because it’s so deeply embedded in the way we do things around here. So to change things now and say there is actually going to be a lot more central influence, that affects the role of local management. And that is the big challenge that we we’re going through now. Of course in that there are other dangers as well, such as being too inwardly focused. The management has to delve into these organisational matters, but we have to make sure we keep our ears to the ground at the same time,” said Ryssdal.

There is a quiet, humbling confidence that exudes from every Schibsted executive or staff member we spoke with. That is nothing new. Liebenberg is carrying on that tradition.

“We spun Finn.no, one of our most successful marketplaces, out of Aftenposten. In so doing, we let them compete,” said Liebenberg. “Even though we have very successful marketplaces, we acquired Shpock, a native mobile marketplace, and let it freely compete against our other marketplaces. Many companies talk of disruption, but Schibsted actively embraces it. The element of risk that they are willing to take, the DNA of always moving forward and continually evolving, and the approach that they have taken with arguably limited resources and funds compared to the big US players is something to be marvelled at.

He continued, “It’s a true digital transformation success story, and there aren’t that many, unfortunately, that we can point to in society that we can truly call success stories. I think Schibsted really is one of them.”

Torry Pedersen, Head of Publishing for Schibsted Norway, will join Tony Haile, CEO of Scroll, in a session at the World News Media Congress, 8 June in Durban, South Africa, titled “The Next Big Thing.” Pedersen was CEO and Editor-in-Chief of VG (Verdens Gang) for nearly two decades before moving to this new position in January.