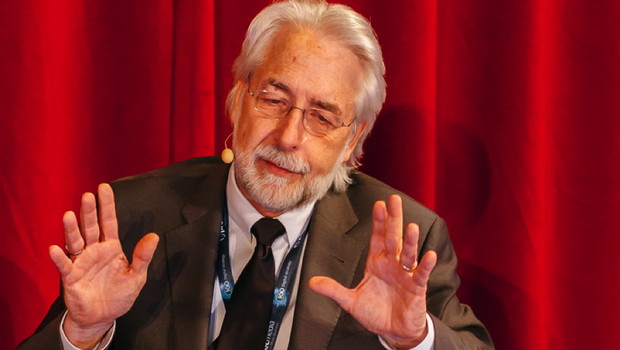 For publishers, it’s an all-too familiar conundrum: in exchange for creating engaging content on social platforms and apps to gain access to this user base, they risk losing control of their brand, data, and revenue.

Snapchat appears to be no different but its meteoric rise over the past years can’t be ignored. When it was launched in 2011, the app’s novel, ephemeral way of communicating quickly gained traction among millennials and Gen Zers. By now, the roughly 160 million daily active users send the people in their network a staggering 2.5 billion snaps each day.

The strong popularity among the younger demographic evolved into enough of a threat that Facebook incorporated Snapchat’s signature feature, Stories, across its own suite of social apps.

Some are questioning whether Snapchat will survive Facebook’s copycat move, but for now many media companies still see it as a massive opportunity to engage with younger audiences. Although adults are starting to catch up to the app, it still has a strong teen user base, and the majority of users are aged below 30.

Many news organisations, both regional and national, are making use of the app’s Stories feature to produce entertaining and informative vertical stories, which disappear from the app after 24 hours.

On top of that, Snapchat launched its Discover feature in 2015, a dedicated space for (evolving and revolving) media partners to publish ad-supported content.

Here’s what some news organisations have learned from their experiments on Snapchat.

“We asked ourselves how we could cover the news for 14- to 19-year-olds,” said Hochkant reporter Eva Schulz.

“They are far from watching the traditional old news anchor on TV but also far from getting their news on Facebook. So you have to bring them the news on Snapchat. Snapchat, more than any other platform or medium there is, provides users with a closeness to what’s happening. And at the same time, we, as mobile journalists, get very close to our users.”

The journalists create stories on both entertaining and more newsy topics. In the run-up to the US elections, for example, Schulz spent almost two weeks travelling through the United States, covering everything from religion to gun use. In addition to these in-depth reports, the reporters create a daily morning news summary of the most important stories of the last 24 hours, using pictures and text.

The project, which started last October, is primarily coordinated and funded by regional Berlin broadcaster RBB. A small editorial team along with a handful of journalists work together to develop the format of the channel and the topics covered.

While Snapchat doesn’t provide detailed user metrics, making it difficult to calculate reach and engagement, Schulz said the reaction from users has been positive, with many sending in their own snaps in response to a story.

“I’ve tried so many platforms and social media channels, but on no other channel have I received such intense and constructive feedback like on Snapchat, and felt so close to the audience I’m working for,” she said.

Kristin Granbo, a journalist at Supernytt, a newscast by Norway’s public broadcaster NRK for 8- to 12-year-olds, echoes that sentiment.

Supernytt, which aims to explain to children what is happening in Norway and around the world, produces news for TV, the web, Instagram, and Snapchat.

Granbo said Supernytt’s daily Snapchat news Story attracts around 10,000 views, and viewers send in around 100 snaps and messages in response, adding that for the broadcaster “it would be crazy to not be on Snapchat”.

“It is pretty far from what you would expect from a normal news bulletin on other platforms,” she said.

“Nonetheless, this has become as important to us as all content on traditional news platforms.”

As Supernytt is aimed at such a young audience, the reporters usually cover stories they can play around with more, which results in more light-hearted Snapchat content.

But a recent project by students from Axel Springer’s journalism academy proves that the platform can also be used to tackle more serious topics. They used Snapchat to report about the Holocaust in a bid to make teenagers more aware of the horrors that occurred during that time.

During the week dedicated to the Sachor jetzt! project (“Sachor” stands for “remember” in Hebrew, and “jetzt” for “now” in German), the 16 journalists visited concentration camps, travelled to Israel, spoke to Holocaust survivors as well as younger members of the Jewish community, and chronicled all their experiences and interviews in Snapchat Stories. Eventually, all snaps were compiled in a mobile app.

The deal on Discover

While the potential of reaching and engaging with a young audience has already led many news organisations to try and establish a presence on the platform, Snap’s decision to roll out the Discover feature in January 2015 put media at the forefront of the app. The new, prominent page allowed certain publishers to post ad-supported content made up of videos, images, and text. A Discover edition comprises up to 14 Snapchat Stories, curated by each partner’s editorial team.

“It is a good place to learn and experiment with what makes a good video on mobile,” said VGTV CEO Helje Solberg.

“We are there mainly to learn, gain insight, experiment, and explore, but, naturally, also to reach a younger audience. What gives value with Snapchat is that it’s a pure mobile interface, and we learn a lot from that.”

The six full-time employees behind the channel create one edition per day, published at 7 a.m. locally.

“What will be important for us is to use that insight and experiment with the experience to translate that onto VG’s different platforms. I think that’s going to be hugely important for us in the months to come,” she said.

While it’s still early days, Solberg said audience numbers have been very good, though it remains to be seen how difficult it will be to monetise on Snapchat Discover.

What started out with just a handful of publishers has since grown to a platform featuring more than 40 partners, ranging from TV networks to digital pure players and newspapers, all vying for the young user base’s attention.

Interestingly enough, the first US newspaper to join was The Wall Street Journal. While hard business news and a millennial-heavy audience don’t exactly go hand in hand, the partnership has allowed the Journal to push brand awareness among younger people with the goal of turning them into readers of its print and online products in the future.

The Journal’s editions contain eight different stories, and are published five days a week at 7 a.m. ET. About once a week, an entire edition is dedicated to one topic, such as the reaction to Donald Trump’s surprise win of the US election.

“We’re not doing Wall Street Journal Light, we’re not doing a new path from our brand, we’re making sense of things for our audience,” she explained.

Marshall claimed that the numbers (which she wasn’t allowed to share) were “incredible”, and loyalty among users was “outstanding”, with many coming back each day to read the latest edition.

Another enticing aspect was, of course, the new revenue stream that came with being on the platform.

From ad-sharing to licensing fee

When Discover first launched, ad revenue was split between publishers and Snap, but, as Recode reported last October, the company is now planning to keep the ad revenue for itself and to pay partners a licensing fee instead. According to Digiday, many media companies, such as Vice or Hearst, insisted on retaining their revenue-sharing deals. Others, however, agreed to the new terms, with one publisher saying the new model was actually more lucrative.

The company is also planning some major changes to what is published on Discover, having set its eyes on TV-like content.

In the past months, Snap has partnered with several TV networks, including NBC, ESPN, NFL and BBC.

“Shows will become the prominent content in Discover. Snapchat wants to be TV and entertainment, and they want stuff that people want to watch so they can place a lot more ads inside Discover,” an anonymous media executive told Digiday.

MGM Television recently announced a deal to produce short-form shows for Discover, making it the first studio to focus on producing Snapchat shows. The company hasn’t provided details on what form the shows will take, or when they will appear on the app.

It remains to be seen how Snap’s push into TV will play out, and what effect it will have on publishers. But as is usually the case with social media platforms, publishers will have little choice but to adapt.