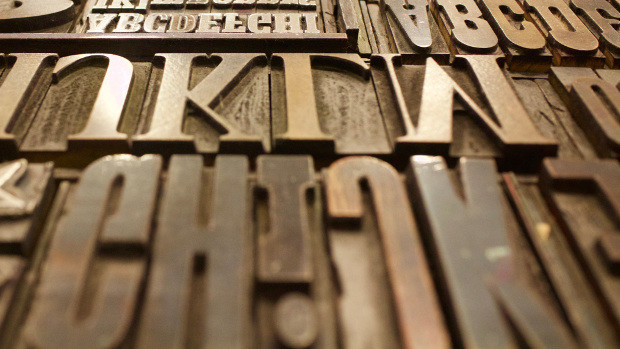 In the rush to apportion guilt for traditional media’s demise – from its epic failure to embrace the digital dawn in the mid-90s to the credibility crisis engulfing journalism more broadly – many critics have localised blame at the boardroom and executive management floors.

Perhaps they should look more objectively to the lower levels – to the engine room: deep into the throbbing heart of the newsroom itself.

Bad decisions, I’ve found, are often reflective of the environment in which they are made, such as the fundamentally flawed logic to make content freely available while still charging for print.

In that sense, a collective responsibility must be borne not only by CEOs and directors, but other senior executives, line managers, editors, journalists – and yes – even readers if you view subscriptions as the last defence against annihilation.

Just as print unions behaved when faced with automation at the start of the 70s, journalists at the beginning of the 80s reacted like Luddites and went to war against the machines.

In Australia, a drawn out national strike – in which many future publishers, CEOs and editors enthusiastically took part – cruelled the introduction of the Visual Display Terminal (the unappealing name was itself sufficient to induce techno-phobias).

Yet the VDT’s arrival should have been the harbinger of positive change. It was the forerunner of today’s wired newsroom. The internet, or at least its precursor, was still in gestation and would not become the tool-of-trade for another decade and a half.

In tracing an arc from hot metal to audience-first, I have been examining journalism’s contemporary challenges – and their precedents – in the hope of understanding what has imperilled journalism itself.

The failure to act at pivotal moments – on content choices, format change, print-web integration – can be seen as root causes of a media malady, for which journalists are not indemnified.

Journalists’ reluctance to embrace the ‘new’ almost 40 years ago seeded a contempt for vaulting technological change over the next three decades; this hostility, and the nihilistic attitudes it produced, stymied journalism’s advance for years.

So far I’ve been struck by a number of key dates, and industry responses that have an eerie familiarity.

The year 1995 was such a landmark. The internet was just beginning. Newspapers faced critical choices that would see them survive or start the inexorable slide.

One commentator, Mark Ritson, this past week sourced the beginning of the end to the World Editors Forum held in Paris, positing that it was the first time newspaper executives seriously discussed digital technology.

Only the 2nd World Editors Forum ever convened, Paris 1995 was headlined ‘The Challenge of Change’, a recurring theme of successive newspapers gatherings where, invariably, the accent was on problems not solutions.

‘As the media landscape evolves with bewildering rapidity, only one thing is certain for newspaper editors: journalism is changing and they must change with it if they are to successfully confront the new challenges.’

A survey taken at the inaugural 1994 Forum in Vienna revealed editors’ bafflement at the pace of technological change and the industry-wide decline of newspaper circulation: Where will the print media be in 2020? they asked. Will newspapers survive or will forthcoming generations seek their news and information exclusively via electronic delivery?

Pointedly the 1994 delegates wanted to know: How can editors keep abreast and prepare for the revolution that may sweep through the newsroom?

In what may now be considered a seminal moment, digital guru Nicholas Negroponte, the author of Being Digital, the book that predicted the emergence of interactive media, gave the keynote address in Paris, exactly 22 years ago this week.

Being Digital, which was first published in January 1995, foreshadowed the advent of electronic news with startling prescience:

Imagine a future in which your interface agent can read every newswire and newspaper and catch every TV and radio broadcast on the planet and then construct a personalised summary. This kind of newspaper is printed in an edition of one.

Confronting the growing industry malaise in Paris, Negroponte, founder of the Media Laboratory at the Massachusetts Institute of Technology, offered assembled editors a vision of the future, one they could share if they were prepared to innovate.

The rapid take-up of the net was not the menace they presumed – 80% of US teenagers had a PC at home, while close to 65% then had a modem. Dismissing editors’ negative perceptions, Negroponte argued that putting content online was a prime opportunity to capture the next generation of news consumers.

Some of the more progressive publishers heard the message but their early ‘news’ sites were primitive – restricted to uploading the newspaper at midnight. The decision to withhold material reflected the ‘generational gulf’ between the keepers of content and online users.

Negroponte followed up his May 29 appearance with another sharp delivery to INMA’s summit the following month, June 1995, where he warned traditional media against the ‘dead drop’ of newspaper content. More creativity was needed to develop services suitable for the online user. “The fundamental mistake that everybody makes … is they take their current product and they move it online,” Negroponte said. “To expect to make money by simply moving your current product to a digital format is the wrong model.”

When Negroponte delivered his sobering remarks to a Boston audience of newspaper marketers – “People under 30 comprise the ‘digerati’ of the online service world,” he told them – the internet was still in its infancy, with almost 45 million users globally, a penetration of less than 1% of the world’s population.

By 2000, Negroponte predicted, there would be one billion. His forecast was not far off – with surging growth over the next five years it took until 2005 to pass one billion, almost 16% of the world’s population.

Negroponte was among the first to predict that interactivity, information and entertainment would eventually converge; at the same time he urged newspapers not to abandon local news if they wanted to survive.

In my research I’ve uncovered other outsiders who prophesied the future: in Australia, Brian Dermott, a brilliant market analyst who helped the multinational paper giant now known as Norske Skog save millions of dollars by forecasting – with near-perfect precision – publishers’ demand for newsprint, often years in advance.

With vast data to underpin his case, Dermott argued persuasively how print and pixels could co-exist, at least for what then loomed as a sustainable future.

My interest in Dermott’s work was piqued in 1995 when he demonstrated the ‘tactile’ benefits of newsprint, highlighting the circulation advantages that could flow from using a better quality stock. I came to the view (one I held for the rest of my editing days) that if we produced premium content, which is the cornerstone of most media strategies today, then the product (paper) should reflect that. As an apostle for print, Dermott helped me and others prosecute the ‘quality principle’ as we undertook numerous product overhauls over the next two decades.

In what can now be viewed as an asterisk at the start of the deepening depression that followed on from 1995, Dermott gave a joint address with Australian Newsprint Mills’ Julian Roscoe to the Pacific Area Newspaper Publisher Association’s annual summit, PANPA’96. Their opening remarks were intended to jolt newspaper leaders obsessed with doomsday scenarios. Their myopia masked the ‘good news’ story that even the industry’s governing body had overlooked: pessimistic talk of the end of newspapers was distracting from the consumer value of the medium.

As part of an ongoing project, I sought Dermott out, almost 20 years after I first heard him articulate his views, to test some of the theories that have been advanced for newsprint’s demise.

Dermott, I believe, was the key to resolving what his clients, the paper industry, referred to as ‘the great conundrum’: Why, if newsprint consumption was at record peaks, were publishers losing confidence in newspapers?
His reassuring message to the publishers – through the papermakers – consistently argued the need for innovation.

To re-emphasise: this, in the year 1995-1996, was the ‘antebellum’ era; the digital war had not been declared. It was a full decade before the net began to decimate the print business.

Managements, fixated on escalating costs, could not see the benefits of product improvement.

With industry confidence in newsprint products unravelling, we were witnessing the start of entropy.

DISCLOSURE: The author gratefully acknowledges the assistance of the Paris staff of WAN-IFRA who kindly retrieved archival documents from the 1994-1995 World Editors Forums.

Steve Foley spent more than four decades working at the highest levels in Australia’s premier news organisations. As an editor and manager, he led some of the industry’s most transformative projects during periods of profound change, most recently at Fairfax Media. Now retired, and at work on a book, he is examining the convulsive changes that have engulfed modern journalism.