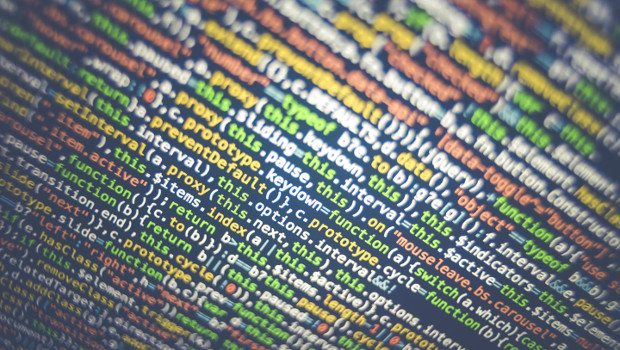 First Draft, a nonprofit coalition founded in June 2015, aims to raise awareness and address challenges relating to trust and truth in the digital age. In the run-up to the French election, it launched a collaborative journalism verification project with the help of Google News Lab.

Dubbed CrossCheck, the project saw 37 local and national news outlets as well as technology partners in France and the UK work together to debunk hoaxes, false claims, and rumours surrounding the presidential election, and to verify content circulating online. More recently, First Draft teamed up with the UK’s leading fact-checking organisation Full Fact in light of the country’s snap general election, aiming to help newsrooms comb through false information, and alert them when misinformation begins to trend.

WAN-IFRA spoke to Claire Wardle, who leads strategy and research at First Draft, to find out more about the challenges and lessons she took away from these projects, and to gain insight into what individual newsrooms can do to combat the rise of disinformation.

WAN-IFRA: What are some of the lessons you’ve taken away from the collaborative fact-checking and election projects First Draft has been involved in? What were the main challenges?

Claire Wardle: My number one finding has been that newsrooms are focused on the fact-checking, verification, and debunking part. And we should be spending more time on teaching each other how to monitor this stuff in real-time, and to recognise where this type of disinformation is starting, how it’s being shared, and how it’s moving between different networks.

So, in many ways, I think we’ve been focused on verification, which is right to do, but it also feels quite defensive. With CrossCheck, we learnt a lot about finding this type of content, and then making a decision whether or not to debunk it.

Because if you debunk it and it’s a bit too niche, you can cause more harm than good by basically giving oxygen to a rumour that didn’t need to have any oxygen pumped into it.

But similarly, if you leave it too long then the rumour takes hold and there’s nothing you can do about it. The same is now happening in the UK election. We’re finding things, and we have these long editorial discussions about whether or not we should debunk it.

Could you share some information on how newsrooms handled these projects in terms of resources and workflow? Is it feasible to participate in projects of this kind on a regular basis?

The amount of money it cost to do CrossCheck France wasn’t huge. We hired twelve project editors. They were all recent graduates and sat in the different newsrooms, and we also had two senior editors that we paid.

There’s a question about how to resource this, because if you don’t do it properly and put people on this full-time in the newsroom, it’s hard to get people to do something like this above and beyond their normal jobs.

So I think there is an argument that for these collaborative projects to work you need people driving it every single day, and that does come with a cost.

I think what we’ll see is that these projects will probably happen around elections or around particularly big stories. I don’t think you’ll get to a stage where you would just have an ongoing collaboration. However, I would like to see newsrooms create a role focused on monitoring and debunking, which drives this every day, and looks at misinformation that is circulating, and how it should impact the coverage.

Do you think these projects can only work at scale?

No, actually, the one that we’re doing in the UK is much, much smaller. We have a team of seven journalists all working together in one central space, and then send out newsletters every day to different newsrooms, so we’re experimenting with different ways of doing this.

I’d love to see this happen at a local level and see a number of different local and hyper-local newsrooms working together.

We’re at a very early stage of experimenting, so I think there’s a lot we can learn. I’d rather not rule out anything until we try it and if we try and we fail then at least we know.

In what other areas, other than elections, for example, would it make sense to launch such a collaborative effort?

I think around certain beats, whether that’s health or science or maybe even refugees. We are seeing disinformation in many different areas. For example in science reporting, when you have a number of different science journalists all trying to make sense of a new piece of research that’s come out, I think sometimes we’d be better off collaborating to make sure that we get the facts right.

Particularly in developing countries, stories about science and health are really important, and there’s a lot of misinformation around that affects people’s lives.

I do think this is something that would be worth exploring above and beyond elections. The other obvious area is breaking news stories. For example, after the Manchester attack, we saw all these journalists scrambling to get access to eyewitnesses, and all making mistakes about what was verified and what wasn’t. It doesn’t help anybody to be doing this work. I think it makes much more sense to be collaborating on it, so I would like to see that too.

Naturally, fact-checking and verification are part of any newsroom, but do you think individual newsrooms should now do more in that regard?

I think newsrooms should have a role for it on a desk or probably a breaking news desk. People who are very good at monitoring networks, computational journalists who are able to look at these kind of communities, understand how to monitor them, how they’re connected to one another, and how impactful a particular rumour might be, and whether it is becoming mainstream. I think we’re going to have journalists who will become experts in that.

This is just a new type of journalism. In the next five to ten years, I think we’re going to see more of an emphasis on it, so we’ll see more staff with verification skills.

How do you think this will affect journalism in the future?

I think previously journalism has always been about information and the truth. And things that were false almost didn’t matter because that’s not what journalists dealt with. Now, I think there’s a recognition that audiences want help in navigating the disinformation ecosystem, and as a result, journalism is going to have to change.

But as I said, it comes with responsibilities because you can end up giving oxygen to rumours or actually playing into the hands of those who are spreading these rumours by debunking them.

We also have to be responsible in terms of how we word the debunks. There’s a lot of social psychology evidence that says you can actually cause more harm by making the rumours stick in the process of debunking them because you’re repeating them.

So we have a lot to learn. But I think it’s exciting. The fact that we’re experimenting right now is because we don’t have all the answers. We have to experiment, we have to do research, we have to look at the data and make decisions about how to do this appropriately and responsibly