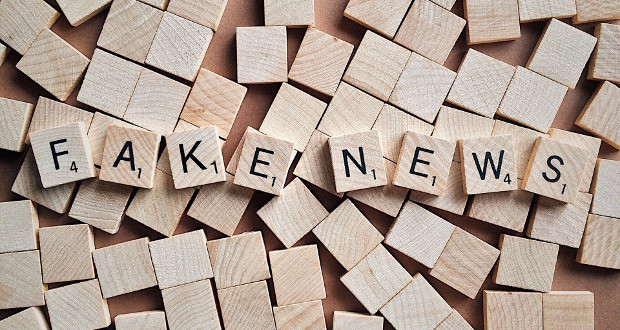 Given the massive circulation of disinformation during the US presidential campaign and election, French news organisations were keen to prevent something similar from happening when their country’s own election rolled around.

Thus, in the weeks leading up to it, First Draft and Google News Lab launched a collaborative journalism verification project dubbed CrossCheck, which saw 37 local and national news outlets as well as technology partners in France and the UK work together to debunk hoaxes, false claims, and rumours surrounding the presidential election, and to verify content circulating online.

Members of the public were encouraged to submit queries regarding questionable information via an online form, and by the end of the project, which ran for ten weeks, 64 debunks were published on the website in both French and English.

“My number one finding has been that newsrooms are focused on the fact-checking, verification, debunking part. And we should be spending more time on teaching each other how to monitor this stuff in real-time and to recognise where this type of disinformation is starting, how it’s being shared, and how it’s moving between different networks,” said Claire Wardle, who leads strategy and research at First Draft.

“In CrossCheck, we learnt a lot about how you find this type of content and then how you make a decision whether or not to debunk it. Because if you debunk it and it’s a bit too niche, you can cause more harm than good by basically giving oxygen to a rumour that didn’t need to have any oxygen pumped into it. But similarly, if you leave it too long then the rumour takes hold and there’s nothing you can do about it.”

Newsroom partners and project editors involved in CrossCheck received training in monitoring and verification techniques, learned how to use different tools that were needed, and were given advice on how to integrate CrossCheck workflows into their own newsrooms.

“The amount of money it cost to do CrossCheck was not huge. There’s a question about how to resource this because if you don’t do it properly and put people on this full-time in the newsroom, it’s hard to get people to do something like this above and beyond their normal jobs,” Wardle said.

“So I think there is an argument that for these collaborative projects to work you kind of need people driving it every single day and that does come with a cost. I think what we’ll see is that these projects will probably happen around elections or around particularly big stories.”

When British Prime Minister Theresa May called a snap general election in April, First Draft were quick to respond, joining forces with the UK’s leading fact-checking organisation Full Fact. Combining fact-checking and verification efforts, the project aims to help newsrooms comb through false information, and alert them when misinformation begins to trend.

While dozens of newsrooms were involved in CrossCheck, Wardle hopes the current project may also inspire similar collaborations on a smaller scale.

“We have a team of seven journalists all working together in one central space, and we send out newsletters every day to different newsrooms, so we’re experimenting with different ways of doing this. I’d love to see this happen at a local level and see a number of different local and hyper local newsrooms working together.”

Aside from participating in these collaborations, news organisations have also been ramping up their internal fact-checking efforts, and come up with new formats to address the spread of disinformation.

In the run-up to the French election, left-leaning paper Libération, ramped up its long-standing efforts of holding politicians accountable, and helping readers manoeuver their way around false or misleading information. In addition to publishing a higher number of articles on “Désintox”, a site aimed at verifying and fact-checking political claims, which was launched in 2008, the publisher also created vertical “L’Oeil sur le Front” in November last year, dedicated to Marine Le Pen’s right-wing party, the National Front.

Most of the sites in the database are in French, but it also includes a number of international ones.

Using the Décodex search engine on the site or the browser extension available for Chrome and Firefox, readers can find out how trustworthy a site is with the help of a colour-coded system. Green stands for highly reliable pages, sites marked in yellow should be read with caution as they often contain unverified information, and red means a site regularly publishes false information or completely fabricated stories.

On top of that, satirical sites are marked in blue, and sites that can’t really be considered a source in grey, such as Facebook’s or Twitter’s main page, for example. Users can flag sites that are not yet part of the database, which will then be reviewed and added.

The team behind Décodex stressed that the classification of a site has nothing to do with its political alignment, only with whether or not articles meet standards in terms of truth and accuracy.

A Facebook bot, which tells users whether or not a site is reliable, helps verify or debunk specific claims based on keywords, and gives access to resources on how to spot and deal with fake news, rounds off the offer.

Another French fact-checking format was launched by Julien Pain from France Info. Streaming on Facebook Live, he confronts pedestrians with online hoaxes, asks them to share their thoughts, and gradually reveals that the statements are incorrect, capturing the interviewees reaction.

With disinformation on the rise, Wardle thinks we’ll continue to see initiatives of this sort, with verification and fact-checking skills becoming an asset journalists need to have.

“I think disinformation will become its own beat.I think newsrooms should have kind of a role for it on a desk or probably a breaking news desk. The people who are very good at monitoring networks, computational journalists who are able to look at these kind of communities, understand how to monitor them understand how they’re connected to one another, and understand how impactful a particular rumour might be, and whether it is moving into the mainstream. I think we’re going to have journalists who become experts in that.”

At the same time, it will also have a strong impact on how journalism will continue to evolve.

“I think previously journalism has always been about information and the truth, and things that were false almost didn’t matter because that’s not what journalists dealt with. Now, I think there’s a recognition that audiences want help in navigating the disinformation ecosystem,” she said.

“As a result, journalism is going to  have to change. But it comes with responsibilities. As I said, you can end up giving oxygen to rumours and actually play into the hands of those who are trying to get these rumors out there. We have to be responsible in terms of how we word the debunks.

“There’s a lot of social psychology evidence that says you can actually cause more harm by kind of making the rumours stick by repeating them in the process of debunking them. So we have a lot to learn. But I think it’s exciting. I don’t think we have all the answers so we have to experiment, we have to research, we have to look at the data and make decisions about how to do this appropriately and responsibly.”