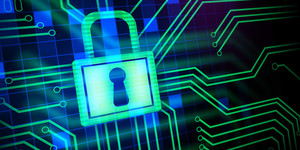 In the past week, The New York Times published an investigation by Citizenlab and three local NGOs which revealed Mexican authorities were allegedly using spy software against journalists and human rights defenders.

The investigation showed that 76 text messages sent to 15 people (journalists, human rights defenders and their families) between 2015 and 2016 were linked to Pegasus, a spyware company owned by the NSO group – an Israeli company that sells espionage services exclusively to governments on the sole condition that it be used for anti-terrorist efforts and/or against organized crime.

The messages were concealed as personal messages, anti-kidnapping alerts, or appeared to originate from Mexican and US government institutions. They contained a link that infected the victim’s device, rendering it a spying tool.

Several journalists and organizations affected by espionage have uncovered significant corruption or abuses of power. Among those include journalist Carmen Aristegui, her son, and members of the Aristegui Noticias team. Aristegui’s findings exposed the “White House” scandal, a residence which was occupied by President Enrique Peña Nieto and his family and paid for by a contractor.

Another alleged target, Carlos Loret de Mola, a journalist for Televisa TV and daily El Universal, had previously revealed the existence of extrajudicial executions by the Mexican army in Tanhuato, Michoacán. Also targeted was the PRODH Center, which represents the families of 43 students who disappeared in 2014, along with other organizations and individual journalists.

“To learn that the Mexican government is possibly carrying out practices against journalists and civil society worthy of the most vile authoritarian states is deeply disturbing,” said WAN-IFRA. “It is essential that an independent investigation be initiated to shed light on these revelations and that necessary measures be taken so that they cease immediately, if indeed confirmed.”

Those affected made a complaint that has been assigned to the Special Prosecutor’s Office for Attention to Crimes Against Freedom of Expression (FEADLE) of the Attorney General’s Office (PGR).

Mexico’s president, Enrique Peña Nieto, has rejected the accusations and threatened to take action against those who published them, before withdrawing and calling the PGR to carry out an investigation.

However, the revelations show that the PGR, along with the National Security and Investigation Center (CISEN) and the Secretary for National Defense, use the Pegasus software. This positions the institution responsible for leading the investigation into the accusations as one of the main suspects of illegal espionage practices.

“The experience of a foreign investigation, such as the Interdisciplinary Group of International Experts (GIEI) of the Ayotzinapa case, is close at hand,” Salvador Camarena, a prominent investigative journalist and victim of the espionage actions, told WAN-IFRA. “We’re going through a very bad period for journalism in Mexico. We recently suffered the loss of great journalists like Javier Valdez and Miroslava Breach and over the last 10 years more than 100 colleagues. This is not good for the Mexican press. We need international attention in Mexico.”

These accusations are compounded by a serious security crisis that affects the Mexican media community and that WAN-IFRA continues to denounce. On Saturday June 24, an invitation was confirmed from the Mexican government to the special rapporteurs for freedom of expression of the United Nations and the Inter-American Commission on Human Rights, a request WAN-IFRA had articulated over recent weeks.