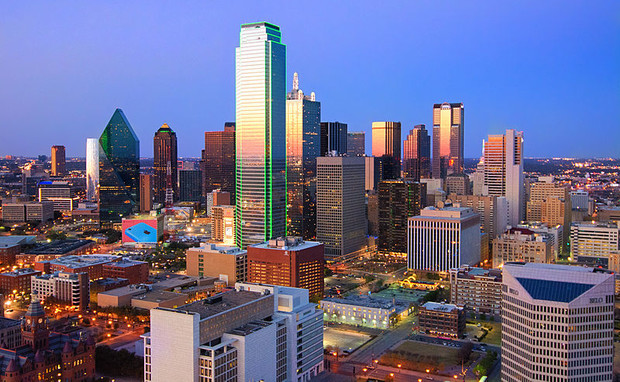 “We recognise that at some level we’re fighting for our lives,” Dallas Morning News’ Managing Editor Robyn Tomlin told WAN-IFRA during the Zeitung Digital conference, organised by WAN-IFRA and the Federation of German Newspaper Publishers (BDZV), which took place in Berlin in late June.

“This newspaper has been around for many years, and we want it to be here for a long time to come. And to do that, we have to stay connected, we have to make sure that we’re relevant, and that we’re not just adapting to new technology but that we’re also adopting culturally to the changes in our environment.”

A plan for the future

This thinking spurred The Dallas Morning News’ reorganisation process, which began when Mike Wilson joined the Texas daily as editor two years ago.

After getting to know the team, he invited two dozen people from across the newsroom – ranging from managers to interns – to build a plan for the future of the DMN with the help of a consulting group.

Divided into three teams, they focused their research on content, workflow and technology, and roles and skills needed in the newsroom, soliciting input and insights from other staff members as well as news organisations across the country.

The findings were then published in a report of nearly 160 pages, which outlined the necessary steps to turn the DMN into a digitally-focused news organisation.

“I joined as the report was being finished and it was sort of handed to me ‘okay, here’s your job’,” Tomlin said.

“But it gave us a roadmap endorsed by the newsroom, which made it a lot easier for us to embrace change, even when it was hard.” – Robyn Tomlin, Dallas Morning News

As part of the digital transformation process, some positions were scrapped and new ones created, which meant all staff members were asked to reapply for their jobs, with around half of them ending up somewhere new.

At the same time, the company offered buyouts to some of the senior journalists, which 34 accepted. In turn, some money could be reinvested into hiring people with advanced digital skills, including data and interactives developers, and audience development team members.

Equipping staff with the necessary skills to thrive in a digitally-oriented environment involved a “tremendous amount of training,” and the DMN still offers multiple training sessions per month, ranging from writers’ groups to digital skills classes.

In addition to these radical changes concerning staff, the DMN reshaped its content strategy, adopting a Quartz-like “obsessions” model focused on readers’ interests.

“Within each beat there are a handful of passion topics that readers really care about, and that really affect their lives, so we’ve encouraged our journalists to develop obsessions.” – Robyn Tomlin, Dallas Morning News

Tapping into Texans’ interest in their state, one writer created an obsession around what it means to be from Texas, publishing fun and quirky stories and quizzes on the topic.

“It’s an opportunity to go both wide – aggregating things from all over the place that are relevant to that audience – and to go really deep in particular areas,” she said of the model.

Another new addition was the features vertical “How We Live,” which focuses on cultural phenomena, technology, and the ever-changing nature of society and how that affects the lives of people in the community.

Naturally, traditional topics are still important, but the DMN aims to cover them in ways that help readers navigate complex issues.

“Unlike the days when people would pick up a newspaper and read every word – or that’s what we assumed at least – it’s a lot harder to follow things nowadays because so much is happening,” she said.

“We’re trying to focus a lot more on how we explain what is happening around us in ways that make it simpler and easier to follow and understand.” – Robyn Tomlin, Dallas Morning News

Creating a stronger and more engaged relationship with the audience has also shaped the DMN’s approach to metrics and data.

“We have created goals for all of our journalists related to audience. It’s not pageview goals but engagement goals. We’re really focusing on the relationship with readers, on building reader bases that are engaging with us on social media, that are commenting on stories, that are sharing our work, and staying on our platform for a long time,” Tomlin said.

Partnering with the American Press Institute, the DMN also uses its programme “Metrics for News” to meta-tag stories in order to be able to better compare their performance.

“This allows us to see, for example, that business investigative stories have much higher engagement overall than other business stories, which may sound like it’s really easy to find out but we didn’t have that before,” Tomlin said.

“We really tried to develop meaningful metrics that tell us something about our audiences and about our content, so that we can be smarter about what we do.” – Robyn Tomlin, Dallas Morning News

Every six months, the analytics editor sits down with each of the team editors and reporters to discuss what worked, what didn’t, and how future stories could be approached differently.

The DMN has also put a lot of time and attention into creating promotion plans to ensure big stories that make having a relationship with the paper valuable and relevant to the local community get the exposure they deserve.

“One of the things that I noticed when I got to the DMN, is that when we would plan a big investigative or long-form narrative piece we would sort of just throw it up on the website and treat it like any other story. And our writers were just furious, saying something like ‘I worked for six months on this story, and you’re just going to spend five minutes on it’,” Tomlin said.

As a subscription-based publisher, another core focus lies on the conversion path, with the DMN crunching data to identify trends in user behaviour.

One insight they gained was that readers of real estate content were much more likely to convert to subscriptions, allowing them to target them with specific offers.

“We’re really trying to look at that funnel. How do you get people from being casual readers to intentional readers to trial new subscribers to loyal subscribers. A lot of our analytics work is focused on that.” – Robyn Tomlin, Dallas Morning News

Writers themselves are joining the effort by tweeting out subscription offers. For example, during the week in which the NFL draft took place, the reporters covering the Dallas Cowboys American football team succeeded in getting around 400 new subscribers.

Although it’s only been two years since the DMN embarked on this transformational journey, tasking staff members with putting together a roadmap for the future, research on new topics is already underway.

“Again, we have three groups. One is still focused on content; what content do we need to be creating to build strong relationships with our readers, the second is is really focused on the internal culture of our newsroom that we need in order to be successful going forward, and the third one is looking at how we can build systematic innovation into our newsroom operations,” Tomlin said.

Image of Dallas by Robert Hensley (Flickr) [CC BY 2.0 (http://creativecommons.org/licenses/by/2.0)], via Wikimedia Commons