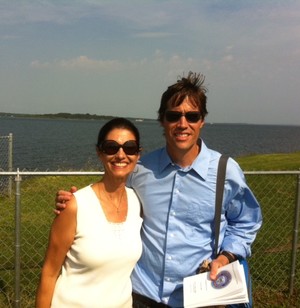 The images of James Foley’s murder captured the attention of the world – an attractive young American kneeling in the desert, wearing an orange jumpsuit as a member of terror group the Islamic State in Iraq and Syria blasted the United States over its intervention in Iraq while holding a knife to Foley’s throat. Foley’s subsequent beheading – and that of fellow journalist Steven Sotloff – sent shockwaves through the media industry and became a catalyst for changes to its journalist safety structure.

“The deaths of Foley and Sotloff were a turning point for us,” says Maria Salazar-Ferro, the Program Coordinator for Journalist Assistance and Campaign Against Impunity at the Committee to Protect Journalists (CPJ). “Until then, traditional advocacy techniques worked for us, but the beheadings showed us that the tools we used to protect journalists needed to change. There were these new, prevalent players who weren’t responding to international pressure or traditional advocacy.”

In addition to the rise in terror groups operating around the world and their use of foreign journalists to pressure Western governments, the changing media landscape has also created challenges for journalist safety since 2014.

As news organizations navigate the digital age and resources run dry, there are fewer correspondents and traditional journalists, and a heavy reliance on freelancers – many of whom head into dangerous situations without backup or safety training.

All of these factors have caused media freedom to be increasingly under threat, according to Margaux Ewen, the North America Advocacy and Communications Director at Reporters Without Borders (RSF). She says that more and more countries are slipping into the ‘black zone,’ meaning they’re joining the bottom countries in the safety index with the worst press freedom records like Vietnam, North Korea and China.

“The world’s democracies are also in decline with the advent of authoritarian strongmen across Europe and an outwardly anti-press American president,” says Ewen. “This increases the threats journalists face in their day-to-day reporting activities, both in countries in conflict and those at peace.”

The deaths of Foley and Sotloff brought with them a need for increased awareness of the risks independent journalists take, which is why Foley’s mother Diane founded the James W. Foley Legacy Foundation shortly after James’ death. The foundation has worked tirelessly since 2014 to protect conflict journalists and advocate for the safe return of all Americans detained abroad.

“I felt there was a need for media companies as well as journalists and NGOs to come together and address some of the issues that independent journalists were experiencing,” says Foley. “Many of them are out there without insurance, a security backup or money in many cases, which puts them at very high risk.”

She says that through collaboration, there is hope for change. In addition to its advocacy efforts, the foundation works with US schools of journalism on preventative safety measures, leading seminars and offering a curriculum plan for journalism and communications educators.

“We want people to look at and learn from Jim’s story,” says Foley. “Jim was an educator before he was a journalist… he would have wanted students to learn from his experience, to point out the importance of the story versus the risk.”

The Alliance has established the “Freelance Journalist Safety Principles,” which outlines how journalists can protect themselves while out on dangerous assignments and how news organisations can support them.

Salazar-Ferro says that newsrooms have a responsibility to appoint a dedicated person that handles safety and to create internal protocols for journalists to follow during dangerous assignments. Other, more practical aspects, like providing personal protective equipment such as “Staff” vests, gas masks or evacuation procedures, are crucial.

“Journalists also need to be aware of digital safety and psychological safety,” says Salazar-Ferro. “This should include talking about how a story will affect the journalist.”

While many steps have been taken in an attempt to protect journalists, especially those reporting on conflict, more needs to be done on an official level. WAN-IFRA is part of a coalition of 120 organisations, which includes the James W. Foley Legacy Foundation and RSF, to push for the appointment of a Special Representative to the UN Secretary General on the safety of journalists through the #ProtectJournalists campaign.

“Time is of the essence for the creation of this role as journalists are increasingly targeted for simply doing their job,” says Ewen. “There are strong international obligations in place that protect journalists, but there’s a huge implementation gap between UN resolutions and official statements and what happens on the ground. More needs to be done to close this gap.”

Salazar-Ferro says that since Foley’s death, safety is improving in terms of Western journalists reporting on dangerous assignments. Access to safety information has improved and news organisations and individuals are working to get safety training. But, she says, a lot more needs to be done.

“We’re nowhere near where we need to be,” she says. “But if anything good came out of what happened, it’s that it was a serious wake-up call for the industry, especially in terms of how it treats and relies on freelancers, and how the freelancers are approaching their jobs.”

For Diane Foley, keeping her son’s legacy alive means continuing the fight to protect journalists, especially independent conflict reporters like James. Every year, the foundation organizes a freedom run on his birthday in October in James’ memory.

“We want to keep press freedom at the forefront of people’s minds and protect journalists,” says Foley. “But there’s a lot of work to do because the world is becoming more and more dangerous.

“The goal is for journalists to get the information out and stay connected – but at the same time protected.”

For more information on how to protect and support journalists abroad: